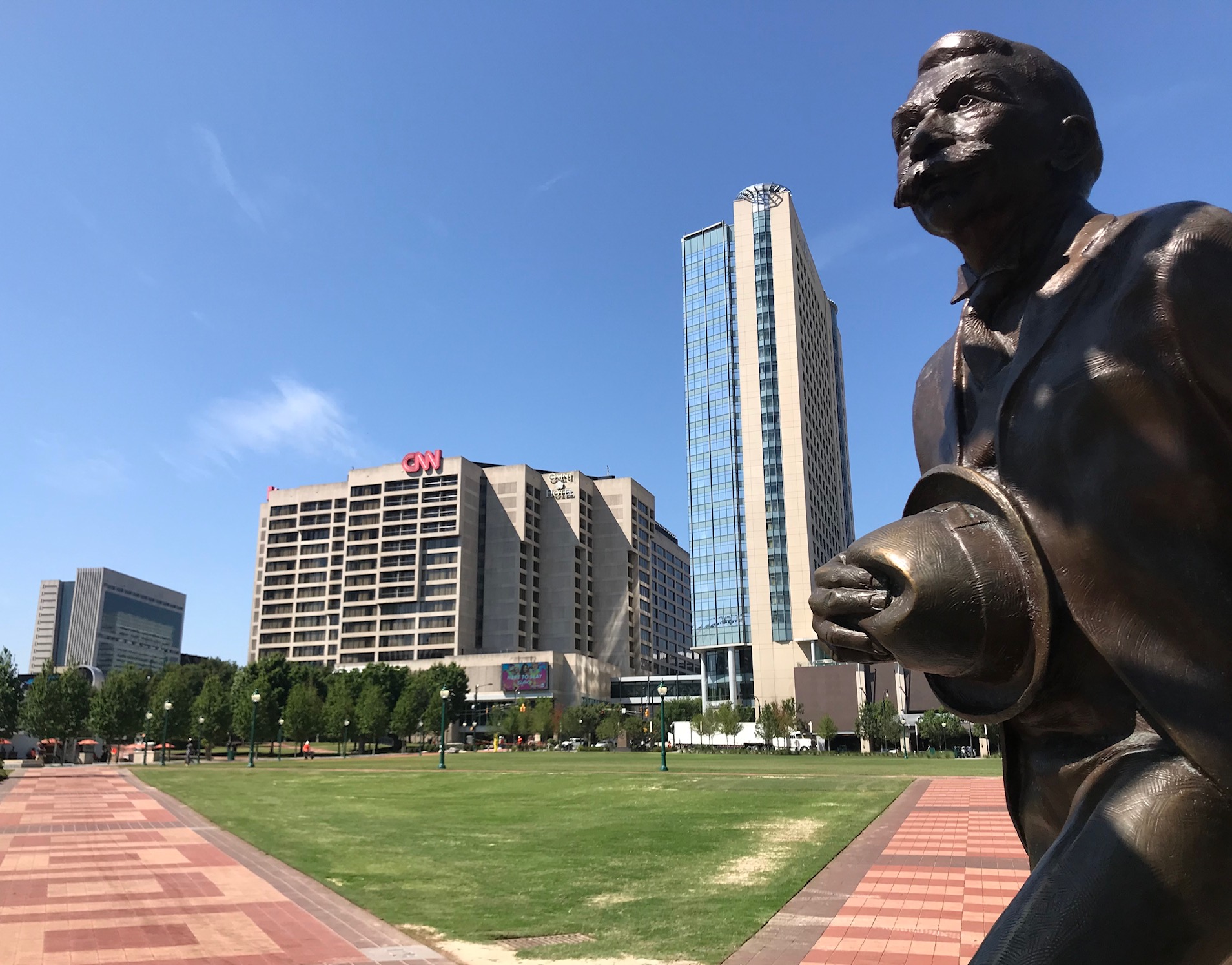 Weeks after downtown’s focal green space shuttered amid the pressures of the coronavirus pandemic, activists and neighbors are lobbying to see the barriers removed and Centennial Olympic Park reopened to the public. At press time, roughly 400 people had signed an online petition calling for the park’s reopening.

“For the 5,000 permanent residents of the core of the city, Centennial Olympic Park is our front lawn, which is currently barricaded for use in exercising or walking our dogs,” the online plea said. “For the many business owners around the park, they rely on visitors coming to enjoy the Park and then frequenting their businesses. The economic impact of COVID-19 is hurting Downtown’s businesses enough without the added hit of the loss of the park.”

The park, which is operated by the Georgia World Congress Center Authority, however, faces economic troubles due to the pandemic, too. After officially closing the park on July 7 — it had already been closed since the end of May due to the Black Lives Matter protests and riots that splintered from them — GWCCA officials said the move stemmed from a lack of money needed for its upkeep.

“The park relies on operating support from the [Georgia World Congress Center], and without event activities on our campus, the costs associated with maintaining public access to the park is not feasible,” GWCCA officials said in a statement. “We are focusing our resources on preserving the green space and landscaping in anticipation of daily use sometime in the future.”

Additionally, according to GWCCA executive director Frank Poe, the park is not supported by public dollars.

“Our commitment to preserving the quality aesthetic of the Park is unwavering,” he said in a statement sent to SaportaReport. “What has changed is public access through the park’s interior, which will, at a minimum, double overall operating costs.”

Nevertheless, activists spearheading the push to reopen the park say keeping it closed clashes with the mission of the Downtown Atlanta Master Plan, which lays out goals like “1) Improving Quality of Life, 2) Preserving Downtown’s Heritage, 3) Growing Downtown’s Neighborhoods, 4) Reinforcing Downtown’s Role as an Economic Center, 5) Restoring the Forest in the Center of the City,” per the Change.org page.

One of those activists and a downtown resident, Carter Johnson told SaportaReport that proponents of reopening the park have reached out to local leaders like Atlanta City Councilwoman Cleta Winslow, state Rep. Mable Thomas and state Sen. Nan Orrock for help.

“[We] have also reached out to all the six representatives and six senators who sit on the legislative overview committee overseeing the GWCCA,” Johnson said. “Right now this is definitely grassroots among a few passionate residents trying to build support from the ground up.”

GWCCA officials also told SaportaReport that the 16-foot sidewalks encasing the park, as well as a bike lane and a small dog park, remain open to the public.