“Then in 2007-2008, we started to see that the population loss had sort of stopped and had moved back up,” Philadelphia Mayor Michael Nutter told the metro Atlanta LINK delegation of about 110 leaders visiting in his city for three days this week. “The millennial population was our largest percentage increase.” 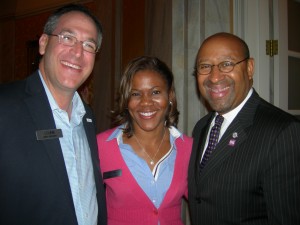 Much of Philadelphia’s growth today, incremental as it may be, is directly tied to its 101 colleges and universities, including its five medical schools. Repeatedly, leaders in Philadelphia spoke about how its economy was being driven by “eds and meds” — education and the medical industry.

The other biggest bragging point is the fact that Comcast is based in Philadelphia, and it is building a new $1.2 billion office tower downtown.

The central city of Philadelphia is undergoing a renaissance with the city’s focus of making it one of the most pedestrian-friendly and bicycle-friendly cities in the country. That has attracted a younger adult population interested in creating a city with an active street life and round-the-clock activities. 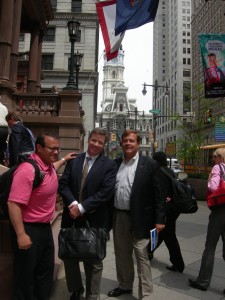 It’s quite a change from where Philadelphia was only 30 years ago.

Paul Levy, president and CEO of the Center City District (similar to Central Atlanta Progress and the Atlanta Downtown Improvement District), said that in 1980, 52 percent of the city’s workforce was in manufacturing. About 300,000 manufacturing jobs were lost over the next 30 years.

“The city went into freefall,” Levy said. “We lost political market share as a city, and it went very much in decline.”

People in the Philadelphia region began to develop a “pride in avoidance” — bragging that they had not been downtown in 10 years or more. That’s when business leaders and the city realized that there needed to an effort to reinvest in the central city.

A marketing campaign actually bought billboards that said: “Philadelphia isn’t as bad as Philadelphians say it is.” 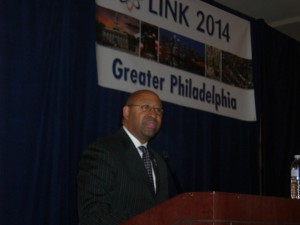 Concerted efforts were made to keep the streets clean, to have community representatives on the streets, to police the area, and to have an entity that was responsible for the management of the downtown environment.

A vibrant arts and cultural district began to take hold, a commitment to historic preservation was supported, more than 300 sidewalk cafes opened up, and the universities became vested in their surrounding communities (more to come on the story of the West Philadelphia Transformation). 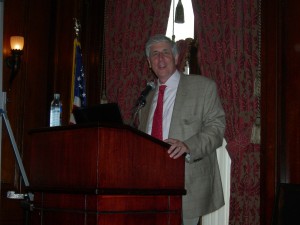 All of that has contributed to the revitalization of downtown Philadelphia.

But Nutter readily admitted that Philadelphia does have major issues.

“The area of greatest challenge has been in education funding,” Nutter said, explaining that K-12 public education has been particularly hard hit by a significant decrease in state funding.