President Jimmy Carter – a man at peace with his life 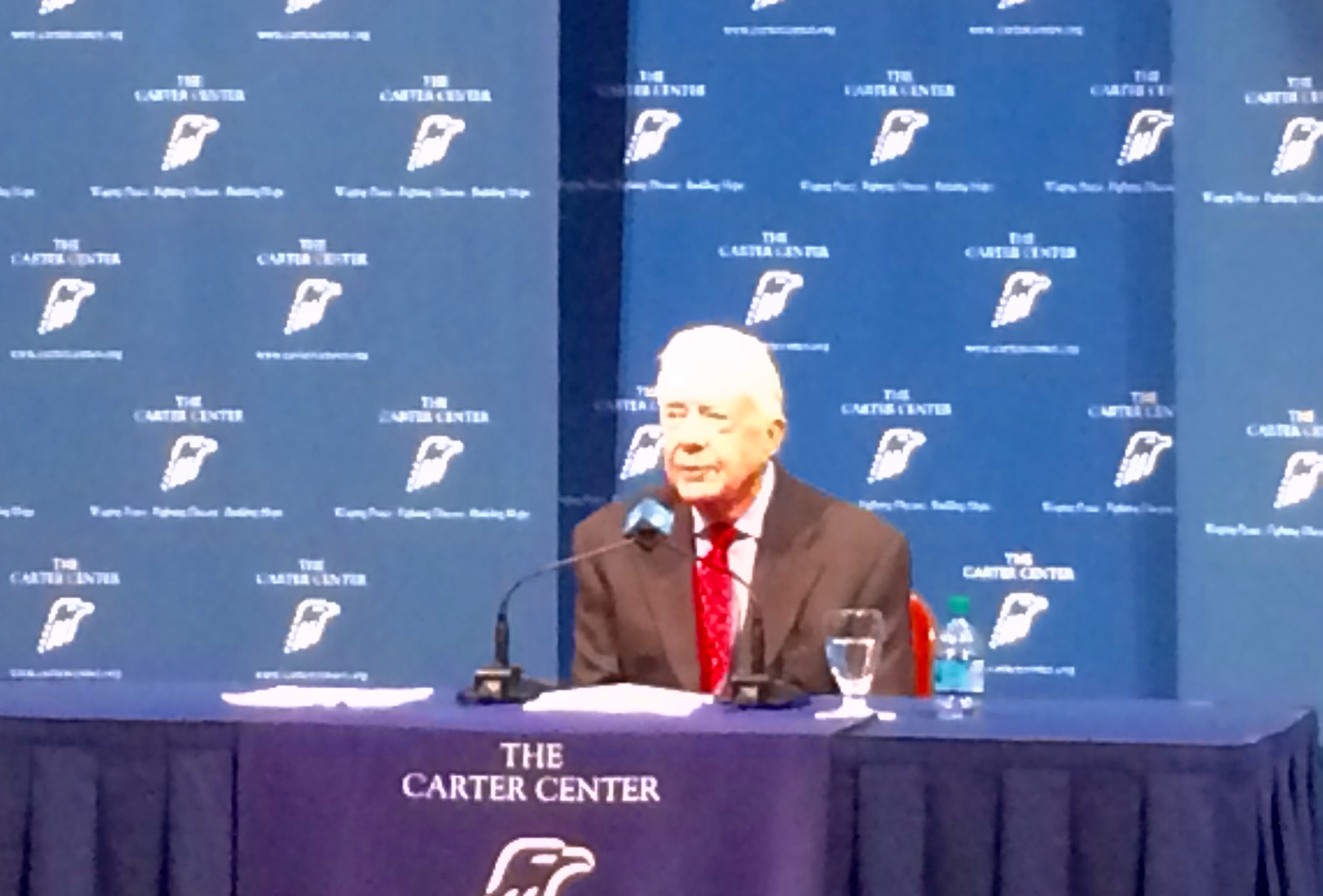 A calm and composed President Jimmy Carter faced the media Thursday morning to update the world about his cancer and answer as many questions as he could.

The briefing attracted an onslaught of national and local media attention – probably more than the Carter Center has seen in decades – despite all the significant initiatives that the former president has launched from his base in Atlanta. 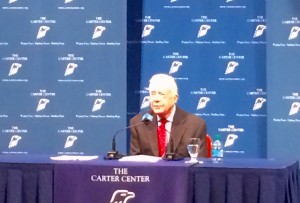 Carter carefully disclosed how he had been diagnosed with melanoma – which first surfaced as a mass on his liver. Other scans have since discovered four spots on his brain, and it is possible that the cancer is in other parts of his body.

But he said he was following his doctors’ recommendations regarding treatment – chemotherapy and radiation – and that he would have to curtail his work at the Carter Center to focus on fighting the cancer.

“I’m going to cut down fairly dramatically on my obligations,” said Carter, who then quickly added that the Carter Center’s work would continue thanks to a “sizable” $600 million endowment that has been built up. “The Carter Center is well prepared to continue on without any handicap if Rosalynn and I back away.” 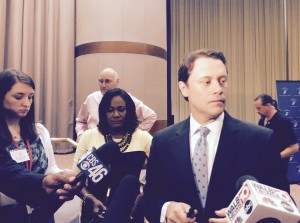 Carter also disclosed that his grandson – Jason Carter – would become chair of the Carter Center board in November, replacing longtime trustee – Oz Nelson, the retired CEO of UPS.

What was most amazing at the press conference was the inescapable sentiment that Carter was at peace – prepared to face whatever was in his future.

“I’m perfectly at ease with what may come,” Carter said. “I was pleasantly surprised that I didn’t go into an attitude of despair. I’m ready for anything. I’m looking forward to a new adventure.”

The former president did reflect on his life – saying that his work at the Carter Center had been the most personally gratifying – even though serving as U.S. president “was the high point of my life.” 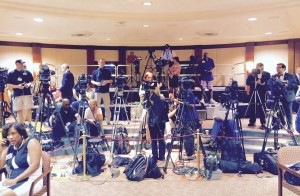 When Carter spoke, there was no sense of bitterness or anger. Quite the opposite.

“I think I have been as blessed as any human being in the world,” Carter said, adding that he will be turning 91 on Oct. 1. “The best thing I did was marry Rosalynn. That was the pinnacle of my life. We have been married 69 years.”

Carter did say that his wife, who celebrated her birthday on Aug. 18, was having a harder time with his diagnosis than he was.

When asked what would give him the greatest satisfaction in the time he has left, Carter gave two answers. 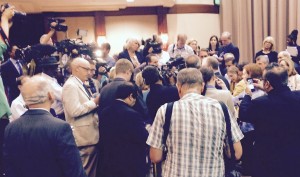 “For international affairs – peace for Israel and its neighbors,” Carter said, reminding that he has been working on that cause for the last 30 years. “Right now I think the prospects are more dismal than they’ve been in 50 years. The government of Israel has no desire for a two-state solution… I feel very discouraged about it.”

Carter was more optimistic about being able to see success with one of the Carter Center’s signature global health initiatives – the possible full eradication of Guinea worm disease. That effort has gone from having 3.6 million cases worldwide in 1996 to only 11 cases this year.

“I would like the last Guinea worm to die before I do,” Carter said.

Although the former president was clearly at peace, he showed no signs of giving up or giving in to the disease.

“I will do what I can to extend my life as long as possible,” Carter said. “I want to live as long as I can.”

“This is not a eulogy,” the younger Carter said. “It’s a great time to reflect on his unbelievable attitude. He is at peace and at ease with what’s to come. What a remarkable person he is. We are glad he’s not in any pain.” 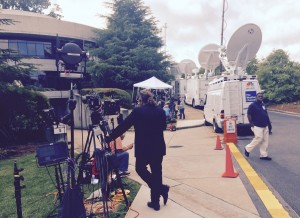 But Jason Carter did acknowledge some sadness among family members – and that while the former president is at peace, “Rosalynn – not so much.” But they are comforted by how he is facing this challenge – being fully transparent and with his deep and abiding faith.

“People have look at him as someone who will go on forever,” Jason Carter said, adding that they’ve had to come to the realization that “physically he’s not going to be here forever.”

But as long as he’s able, Jason Carter said that his grandfather “is going to stay on the battlefield.”