Tax credits for private schools: the new lieutenant governor is a fan, but they remain controversial 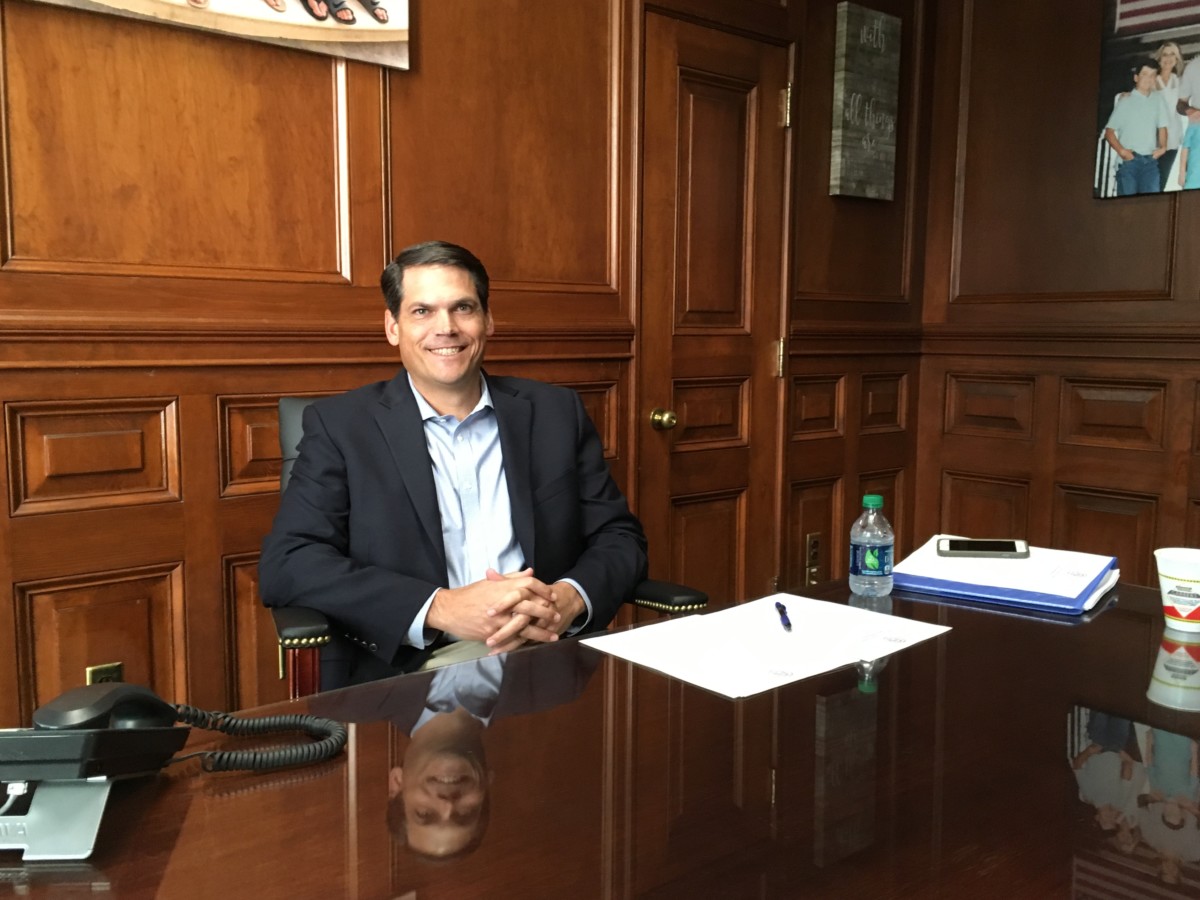 Lt. Gov. Geoff Duncan, pictured here in his office a few days before swearing-in, said technology and innovation have to be part of metro Atlanta's traffic fix. Credit: Maggie Lee

Georgia’s new lieutenant governor says private schools are an important part of education, and he wants to expand a program that provides them indirect public support. But Georgia has little idea which students benefit from this program or how private schools serve those students.

In one of his first public actions as lieutenant governor, Geoff Duncan visited a southeast  Atlanta private Christian school campus on Wednesday. And he had high praise for it.

“This is just one of those solutions that are out there to empower communities and parents to give a child-centered education. This is one of those arrows in the quiver,” said Duncan, standing in a hall at Atlanta Youth Academy. 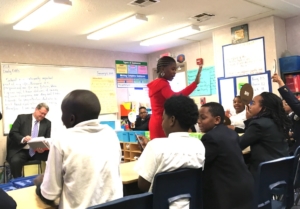 But the decade-old tax credit program that many AYA students use has been controversial from the start; its critics see it as a tax haven that costs public schools.

AYA let reporters right inside a classroom where fifth-grade teacher Paulette Woodruff marched her dozen students through some impressive mental math calculations. When Duncan asked the children what they’d like to do when they grow up, the answers were pretty solid for the Georgia Tech alumni: Engineer, teacher, architect.

Just hours before, the Atlanta Journal-Constitution had published an editorial from Duncan, in which he endorsed expanding a state program that provides a state tax credit to people or companies in exchange for donations to funds that give scholarships to private schools.

For a donation to a “student scholarship organization,” a person or company can get an equal discount from their state taxes, subject to some caps per donor. Overall, state caps those “SSO” tax credits at $100 million per year.

“I think we’ve clearly demonstrated to the state of Georgia that it’s a proven program,” said Duncan.

The median family income of students at AYA is about $23,000, said school president Peter Rooney. Some of his students live in cars. About 62 percent receive SSO scholarships, even as they pay, on average, $160 a month in tuition as well.

The school counts about 140 students and runs from Pre-K through eighth grade. For student role models, how about Georgia Supreme Court Chief Justice Harold Melton? He sits on the board.

But families with low incomes like that aren’t the only beneficiaries of the state program.

In 2017, around 27 percent of the families that benefitted from the program made more than about $66,000 per year. That’s according to data that SSOs must report to the state. SSOs must report which of four broad bands, or “quartiles,” of income that recipient families come from, but they need not report the exact number of children in each family who got a scholarship, the families’ exact income, or what schools the students attend.

In fact, you may remember last year, when then-lieutenant governor Casey Cagle was caught on a secret recording admitting that he backed a “bad” bill — a bill that was bad in “a thousand different ways” — in order to hurt a rival on the Republican campaign trail for governor?

For some, private schools have various attractions like maybe a smaller class size, a parochial orientation, a family tradition of attendance; some reason to prefer it to the local free alternative. As private places, the schools can pretty much set their own policies.

The rub is when such private places get, in effect, a public subsidy.

Stephen Owens is a senior policy analyst at the Georgia Budget and Policy Institute, a think-tank in Atlanta. Owens said the SSO program shrinks the amount of money that the state could spend on other things, like public schools.

“We’re really still in the dark, this is just money going to these tax shelters,” Owens said.

And he said there’s not enough data to say whether private schools educate children better than public schools in Georgia. Or if schools treat children the same.

For example, children who have disabilities are expensive to educate, he pointed out. Public schools are required to educate all comers, no matter ability or disability status.

But there’s no data on the characteristics of SSO recipients or the schools they attend.

“Are [the schools] accepting students with disabilities, are they accepting students of color? Do they have the ability to discriminate if one of these students’ parents are divorced or has two dads as parents? There are so many questions we don’t have answered,” Owens said.

In 2017, very early in his race for governor, Brian Kemp said he wanted to double the cap on SSOs. Subsequently in 2018, while the race was still going on and Kemp was still just candidate Kemp, the Legislature did nearly double the cap to that $100 million that it is now.

Kemp hasn’t brought up the expansion idea in any of his major budget speeches as governor.