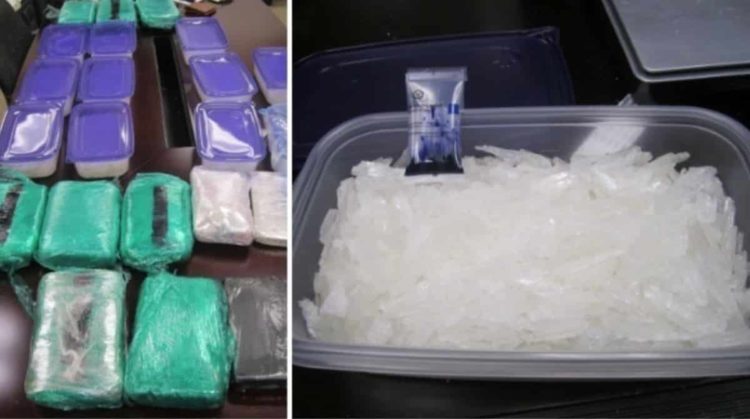 Sandy Springs police reported the seizure of more than $1 million worth of illegal drugs during a traffic stop in the northern part of town in November 2016. Credit: facebook.com

Fulton County’s board of commissioners voted Wednesday to further refine its planned assault on the usage of opiates and heroin. The board voted unanimously to hold two items pending review – a proposed opiate abuse plan and a proposed $40,000 study recommended by Fulton District Attorney Paul Howard. 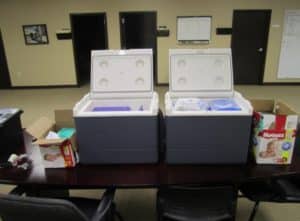 Ice chests and diaper boxes were the hiding place for more than $1 million worth of illegal drugs that Sandy Springs police said was seized during a traffic stop in the northern part of town in November 2016. Credit: AJC

Commissioner Bob Ellis recommended the delay. Ellis sponsored the proposed opiate abuse plan and said more work is needed to integrate his proposal with that of Howard.

“We want to reconcile and bring forward specific actions,” Ellis said at Wednesday’s board meeting. “We’ll try to meet in the next could of weeks and bring forth some items jointly.”

Residents of north Fulton have been complaining about the rise of heroin usage and the impact of heroin addition on their families. Both Ellis and Howard intend to produce a comprehensive, countywide plan to address the situation.

Genico Strategies, LLC. was selected to do the study proposed by Howard. Its specific recommendations to curb the use of opiates and heroin are due within 150 days of the date the contract is signed, according to the legislation. Genico was one of two vendors that responded to the 25 bid notices the county distributed. 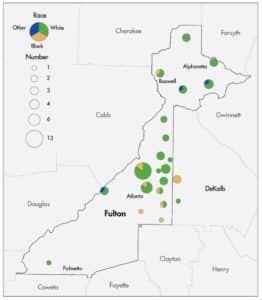 This map locates the heroin-related deaths by ZIP code and race that were recorded in Fulton County from January through October, 2015. Credit: A Brief Window of Opportunity

Woodstock-based Jennifer Bryan registered Genico in Georgia, as a Florida-based company,  on July 26, 2016, according to records maintained by Georgia’s secretary of state. Bryan registered Genico in Florida on June 14, 2016, according to records maintained by Florida’s secretary of state.

The current state of the trade of opiates and heroin was chronicled in a 42-page report released by Howard’s office on Jan. 15, 2016. It bares an optimistic title, A Brief Window of Opportunity: Heroin in North Fulton County.

In bygone times, a neighborhood located a few blocks west of the Mercedes Benz Stadium was the center of heroin trafficking in metro Atlanta. Known as the Bluff, a series of federal reports dating to the 1990s traced the Bluff’s history from a place to buy liquor during Prohibition to its current setting as an outdoor bazaar for illegal drugs.

In recent years, drug dealers have set up shop in the northern suburbs to be closer to their affluent clients, according to Howard’s report: 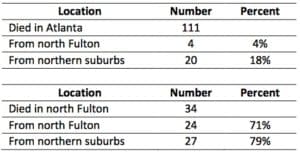 This table shows the place of death and location of residence of individuals who died of heroin-related overdoses in 2014 and 2015. Credit: ‘A Brief Window of Opportunity’

Johns Creek and Alpharetta are home to the greatest increase in heroin usage, according to the report.

Johns Creek Police Chief Ed Densmore was quoted in the report as observing:

Gary George of the Alpharetta Police Department, was quoted: 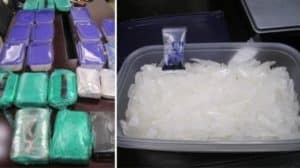 Sandy Springs police reported the seizure of more than $1 million worth of illegal drugs during a traffic stop in the northern part of town in November 2016. Credit: Patch.com/ facebook.com