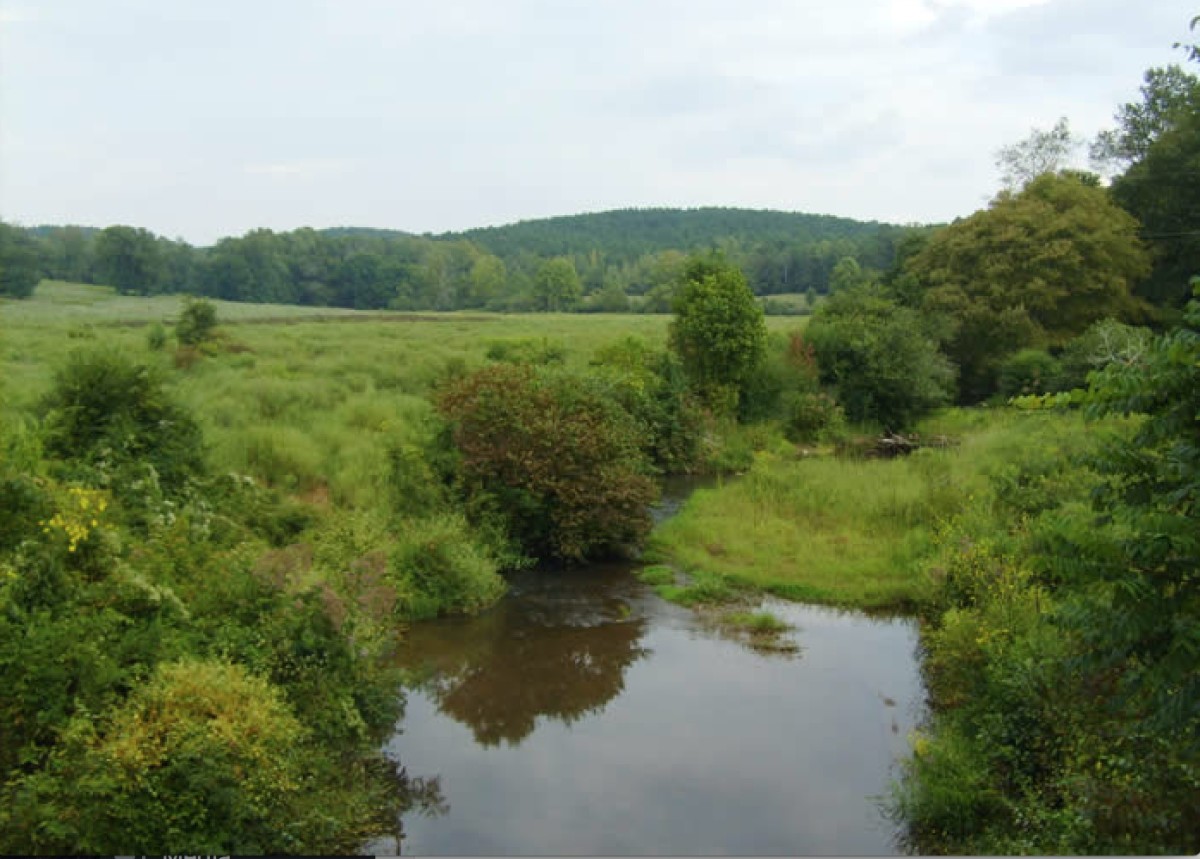 By Guest Columnist SALLY BETHEA, a former member of the Georgia Board of Natural Resources and the retired executive director of Chattahoochee Riverkeeper, an environmental advocacy organization 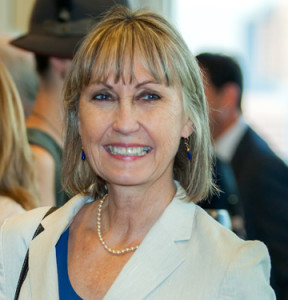 “It’s just the right way to run a railroad”.

So said Jud Turner, the director of Georgia’s Environmental Protection Division, when interviewed recently by a reporter about the proposed Glades reservoir in Hall County.

Turner is right about the railroad part. For nearly a century, the term has been used to describe the way that power has been employed to force actions, no matter how unneeded or unpopular.

For the past two decades, local and state officials have crusaded to build a reservoir in the middle of thousands of acres of timber land owned by a wealthy Austrian family. The current version of this project would require the damming of a small tributary to the Chattahoochee River in Hall County just upstream of Lake Lanier, and the flooding of 850 acres.

In 2008, land near the proposed reservoir was rezoned for massive mixed-use developments. According to the Atlanta Business Chronicle, the Hagen Creek and Cane Creek development plans call for almost 5,000 residential units. The master plan for Glades Farm would bring the total acreage to over 7,100 and add another 6,000 homes around its centerpiece amenity lake, Glades reservoir. 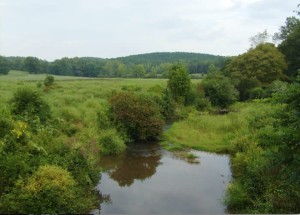 Flat Creek would be dammed to create Glades reservoir in Hall County, which the state is promoting. Development plans call for the proposed lake to be built at taxpayer expense and to become the centerpiece of a planned residential development. Credit: Special

Taxpayers in Hall County, who have never been given the opportunity to vote for the reservoir, have spent $16 million on consultants – lawyers, lobbyists and engineers who are working to secure the federal permits that must be issued to allow 18 miles of streams and 40 acres of wetlands to be destroyed during construction. (One of those consultants – lawyer Tommy Craig, who was paid at least $1 million by Hall County for his Glades efforts – no longer works for the county and has been fired by other local governments for overbilling and failing to deliver permits for similar reservoir projects.)

Over the years, the need for Glades reservoir – as stated by its proponents – has been elusive. It has changed from real estate amenity to regional water supply to local water supply and recently to a way to “improve downstream flow”.

EPD’s Turner explains this nebulous new reservoir purpose (flow improvement) by saying that the state is “in the middle of a significant water policy shift.” Some longtime observers wonder if this shift is merely another strategy to try and get the hobbled reservoir project over the finish line. 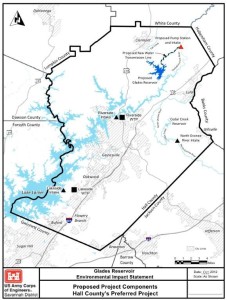 The proposed Glades reservoir would have a significant impact on the Chattahoochee River, environmental advocates say. Credit: U.S. Army Corps of Engineers

In truth, Glades reservoir is a private development feature looking for a public purpose. Without that public purpose, federal permits cannot be issued and taxpayers cannot fund the infrastructure.

Inside EPD, some mid-level bureaucrats call it, “the Governor’s lake,” and with good reason. It’s no secret that Gov. Nathan Deal and some of his closest allies have used their significant clout and influence to gain top-level support for “the next Peachtree City”, as an enthusiastic promoter once described it to a former state legislator.

The shell game aspect of Glades reservoir is also troubling.

Water that would normally flow downriver into Lake Lanier – the primary water supply source for metro Atlanta – would instead be pumped out of the Chattahoochee and transported by a 4.5-mile long pipeline to the new reservoir where it would be stored until needed for release downstream to Lanier.

Glades reservoir would not magically “create” new supply. It’s all the same water in the river system and, notably, more water would be lost to downstream users because of increased evaporation from the surface of the new lake.

Also troubling are the potential negative impacts from this pump-storage scheme on river ecology and recreational use in the Upper Chattahoochee River Water Trail.

Of further concern: The new dam would be constructed within Lake Lanier’s flood zone, potentially interfering with the ability of the Corps of Engineers to manage Lanier during floods. During dry periods, Glades reservoir would reduce river flow into Lanier, thereby reducing the releases from Buford Dam that send water downstream past metro Atlanta communities.

Dams are last-century water supply solutions that are not cost-effective or sustainable, especially with the changing climate of the 21st century. Georgians must not be railroaded into paying hundreds of millions of dollars to build this boondoggle lake for private developers and politically connected insiders.