A proposed rock quarry along the Chattahoochee River in Carroll County has run into the teeth of a fast-moving grassroots opposition that has gained the support of county governments in Carroll and Coweta counties.

The boards of commissioners in the two counties voted Aug. 4 to take action against the quarry in votes that support concerns raised by Citizens Opposed to Carroll County Rock Quarry: 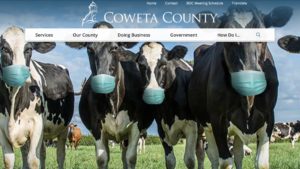 Coweta County features cows on the county’s homepage and concerns over livestock factored into the Board of Commissioner’s decision to voice its objection to a quarry proposed in Carroll County. Credit: www.coweta.ga.us/home

Area residents who oppose the quarry filled the board’s meeting space in the Carroll County Courthouse, and the overflow spilled into stairwells and onto the front lawn, Whitesburg resident Tonya Spinks said during her presentation to the commission. Spinks cited a petition she said had more than 3,000 signatures in opposition. She was the only citizen speaker, and the board voted after two brief comments from commissioners.

Carroll Chairman Michelle Morgan had done her part to ensure the quarry item would be the featured item at the Aug. 4 meeting. At the board’s work session on July 30, Morgan had juggled a few agenda items on the agenda of the upcoming meeting so that residents wouldn’t have to wait long for a public hearing on the zoning proposal. In seeking the board’s support to streamline the agenda, Morgan said: 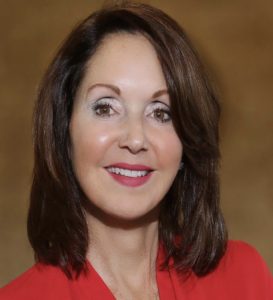 This position by Douglas and Fulton counties leaves the opposition to the quarry in the hands of two counties that remain less densely developed that elsewhere in metro Atlanta. The concerns cited at the Aug. 4 commission meetings reflect their outlook.

Livestock, for instance. Beef cows and horses contributed $14.7 million to Carroll County’s economy in 2018, out of a total of $330.5 million in economic contributions by agricultural sector in 2020, according to the latest report by the University of Georgia’s Extension Service.

Coweta County Vice Chairperson Bob Blackburn voiced this concern about the quarry that’s proposed on the western shore of the Chattahoochee:

Wetlands located along the Chattahoochee River would be impacted by a proposed rock quarry, according to an application filed by the developer with the state. Credit: Brian and Shanda Cook

The quarry’s developer predicts the facility will affect the Chattahoochee River corridor and floodplains. According to a report on expected environmental impacts cited in the Development of Regional Impact statement filed with the Georgia Department of Community Affairs:

About 50 truckloads of material each day are to be transported out of the quarry site during its peak operation. Transportation improvements will be needed, but the type of improvement has not been determined, according to the DRI.