Atlanta is taking steps to preserve the old buildings at Pullman Yard by nominating them for landmark status. The nomination follows an effort by the Atlanta City Council to protect land on which the yard is situated, including the headwaters of Hardee Creek.

The nomination for landmark status is to be considered July 12 by members of the Atlanta Urban Design Commission. UDC Executive Director Doug Young submitted the nomination, according to a statement from the city.

A state entity chaired by Gov. Nathan Deal voted to sell the property to Atomic Entertainment, based in Los Angeles-based. The company bid $8 million and proposes to create a mixed use project anchored by a movie studio. The company provided cashiers checks totaling $240,000 in earnest money.

Atlanta’s city code provides protection for buildings during the review process. If the UDC approves the nomination, no demolition or site changes may occur for 180 days. This time frame enables the Atlanta City Council to consider the matter as a regular zoning issue.

“This is a giant leap forward in our quest to preserve such a unique piece of our city’s history,” Atlanta Councilmember Natalyn Archibong said in a statement. She represents the historic Kirkwood neighborhood in which the property is located. 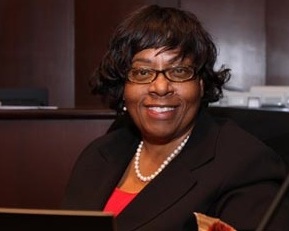 “I am pleased that a process is underway to allow for the preservation of the buildings at the Pratt-Pullman Yard,” Archibong said. “Some of the buildings on this property are more than 100 years old and today serve as a testament to Atlanta’s railroading history and to contributions made by African-American workers.”

On June 12, the council voted unanimously for a set of provisions to protect and preserve much of the site on which Pullman Yard is situation. The legislation was co-sponsored by Archibong and Councilmember Carla Smith.

The council voted in favor of amending the city’s Comprehensive Development Plan to provide:

A trail winds through a 10-acre stand of trees on Pullman Yard. The Atlanta City Council voted in June to provide some protection to the land. File/Credit: Kelly Jordan

The nomination was withdrawn after Deal’s administration protested. A state attorney contended that a local government does not have jurisdiction over state property.

The city’s decision to acquiesce to the state’s demand angered some advocates of the existing buildings. Others expressed concerns for the headwaters of Hardee Creek, which spring up from the property. Those concerns were addressed by the legislation approved last month.