President Nixon’s playbook to promote Black business formation may be as good a place as any to begin today’s effort to devise policies to address racism in American capitalism, according to the keynote speaker in a series convened by Atlanta Fed President Raphael Bostic. 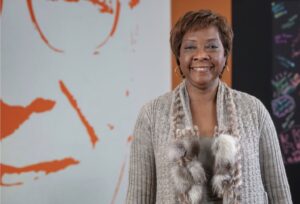 Carmen Tapio’s business was denied a PPP loan in 2020, although she is the 2023 incoming chair of the Greater Omaha Chamber of Commerce and runs the largest Black-owned business in Nebraska. Credit: kansascityfed.org

Bostic didn’t respond specifically to this particular point. But in his remarks to close the Federal Reserve’s sixth program in its series, “Racism and the Economy,” in the June 2 segment titled, “Focus on Entrepreneurship,” Bostic offered this observation:

Carmen Tapio, a Black business owner, has seen the disparity firsthand. In her presentation, she told of how Omaha banks refused to process her Paycheck Protection Program loan during the pandemic, even though she’s anything but unknown in her city – Tapio’s peers chose her to serve as 2023 chair of the Greater Omaha Chamber of Commerce. 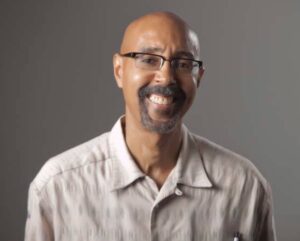 Robert Weems, Jr., a scholar on Black business history, suggests the Nixon administration’s programs on Black capitalism may be a good place to look for policies to address racism in the marketplace. Credit: wichita.edu

Meanwhile, it was Robert Weems, Jr., a scholar on Black business history, who offered the suggestion to review policies of the Nixon administration. Weems holds the seat of the Willard W. Garvey Distinguished Professor of Business History, at Wichita State University.

Weems’ point wasn’t that Nixon’s ideas were particularly elegant. Some have been strongly criticized for dismantling concepts advanced in the Great Society reforms of President Johnson’s administration.

Rather, Nixon’s programs and policies were among the last to arise from the civil unrest of the 1960s and were followed by 50 years of relative stagnation, Weems contends. Given the span of time since Nixon fulfilled a 1968 campaign promise to foster Black capitalism, by establishing in 1969 the Office of Minority Business Enterprise, Weems offers the following suggestion in his essay written to accompany his remarks at the seminar, “Making a Way out of No Way: The History of Black Business in America:” 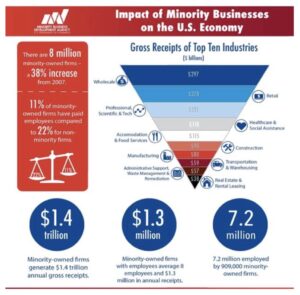 Small and minority-owned firms with unmet capital needs ‘hold immense economic value potential’ but are outside the scope of recent programs including minority depositary institutions and community development financial institutions, according to a presenter at the event, Monika Mantilla, president/CEO, Altura Capital. Credit: Altura Capital

Carmen Tapio brought forward the lived reality of structural inequality and racism in the marketplace. She couldn’t get a bank to process her Paycheck Protection Program loan in 2020 for her then five-year-old successful business and its staff of 425 employees.

Tapio is founder of the largest Black-owned business in Nebraska, North End Teleservices. It provides call center services for state, federal and commercial clients. She said in the seminar that her personal credit score is a perfect 850. Tapio’s both the incoming (2023) chair of the Greater Omaha Chamber of Commerce and a 2021 appointee to the board of the Federal Reserve Bank of Kansas City’s Omaha Branch, according to her profile posted by the Kansas City Fed.

Despite these credentials, Tapio couldn’t find a bank to process her PPP loan during the pandemic. Even the institution she’s used for 32 years for her personal banking needs turned her down, she said.

This year, when Tapia sought a $10,00 line of credit with that 32-year banking relation, she said she was summarily denied with no explanation. Tapio didn’t stop there:

Note to readers: “Racism and the Economy” is a landmark, 11-part series started by the Federal Reserve Banks of Atlanta, Boston and Minneapolis and now sponsored by all 12 Federal Reserve Banks. Atlanta Fed President Raphael Bostic has spoken at all six events, including the kickoff presentation and at discussions of employment, education, housing, the economics profession and, June 2, entrepreneurship. To view past seminars and learn about the series, click here. 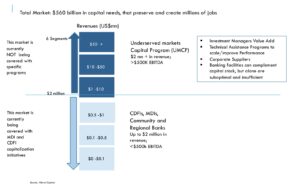 As a group, minority-owned businesses have grown significantly since the Great Recession, despite operating outside the scope of traditional capital structures. Credit: Altura Capital

Previous Article
A controversial approach
Next Article
Sparked by Passion: Volunteer Leaders Are The Engine that Empowers Non-Profits