Rapper T.I. and Mayor Reed give away 500 turkeys in family affair 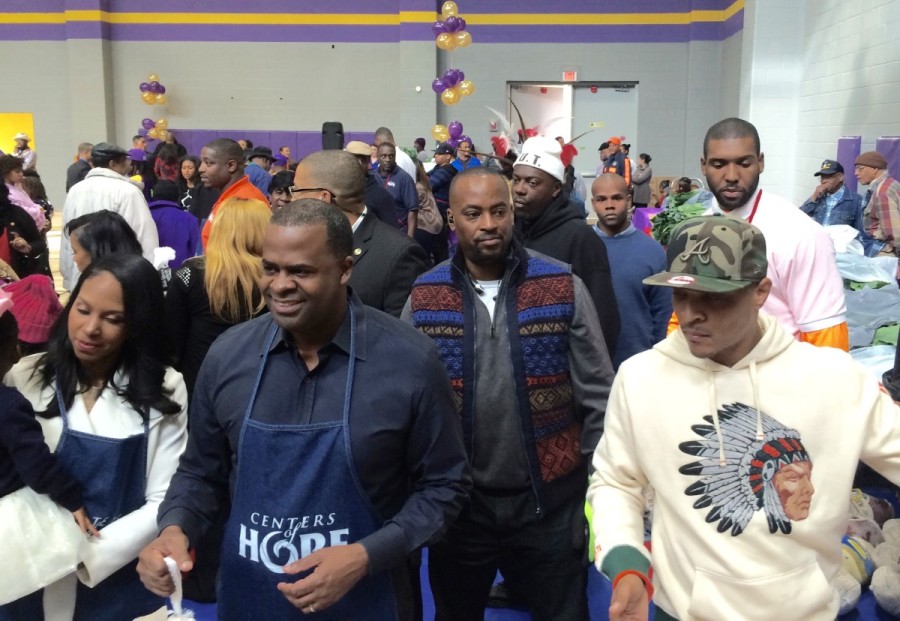 The Sixth Annual Turkey Giveaway on Wednesday was a family affair for Atlanta Mayor Kasim Reed.

Reed was joined by his wife – Sarah-Elizabeth Reed, and their daughter – Maria Kristan Reed, who is now 17 months old. 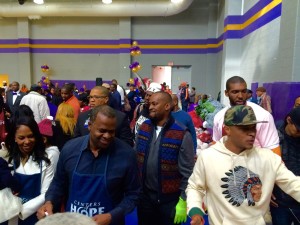 But the real star of the day was rapper and actor – T.I., who has been participating in a City of Atlanta Turkey Giveaway for many years.

Hundreds of people showed up at the Adamsville Recreation Center on Martin Luther King Jr. Drive S.W. near I-285 to get one of the 500 free turkeys that were being distributed. And they also were able to get fresh collards and sweet potatoes to complete out their Thanksgiving Day meal.

T.I. said it was important to him to be part of the giveaway because of the importance of family and the spirit of Thanksgiving – especially for people who might not have the means to enjoy an elaborate meal their families.

The Turkey Giveaway was part of the Mayor’s Office of Constituent Services and was done in partnership with Councilman C.T. Martin, who was not present at the Wednesday afternoon event.

The focus of the giveaway was on grandparents who are raising their grandchildren. 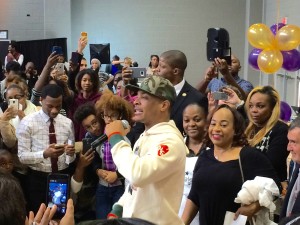 T.I. wishes everyone a happy Thanksgiving 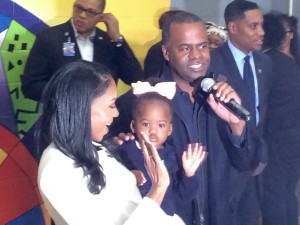 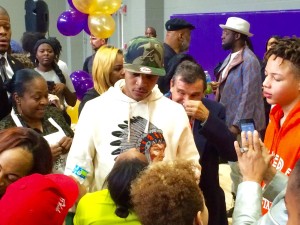 Rapper T.I. visits with his fans at the Turkey Giveaway 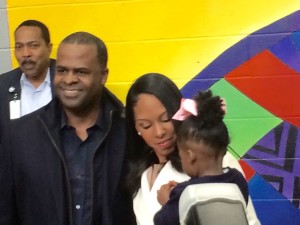 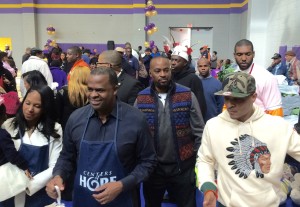