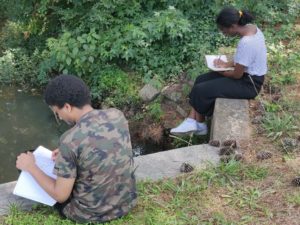 RCE Greater Atlanta brought home two awards from the United Nations University for its work to bring together a cross-section of entities that create innovative programs in education on sustainable development. Credit: RCE Greater Atlanta

The awards are fairly heady recognitions of a program that’s in just its third year.

RCE Greater Atlanta was recognized in 2017 by the United Nations University as a Regional Centre of Expertise on Education for Sustainable Development. There are eight RCEs in the U.S. and 174 around the globe.

One of the awards was for a program presented at the last year’s Atlanta Global Studies Symposium, held in April on Tech’s campus. Planning is still underway for this year’s event, slated for April 23 through April 25 at Georgia State University.

The awards aim to honor programs that impact real-life situations in real-life communities. RCE Greater Atlanta focuses on issues of equity and justice that relate to sustainable development.

These broad issues arise from 17 goals for sustainable development that are contained in the 2030 Agenda for Sustainable Development, which was adopted in 2015 by all member states of the United Nations.

The Environmental Justice Academy was designated an Outstanding Flagship Project in the award program’s category of Peace, Justice and Strong Institutions. The project was partly funded by the Turner Foundation and was sponsored by the RCE members – Atlanta Metropolitan State College, Center for Sustainable Communities, and EPA Region 4. As a leadership development program, the academy aims to help local communities address environment challenges.

A description of the project observes: 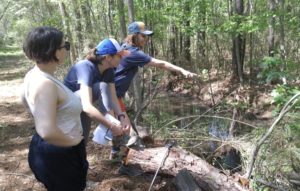 An Honorable Mention in the category for Higher Education was awarded for a track of three sessions at the 2019 symposium that introduced RCE Greater Atlanta and examined potential collaborations between a university and community in the area of sustainability challenges.

The program featured addresses, both virtual and in-person, from colleagues in RCE networks in Portland, Ore.; Georgetown, S.C., and Hamburg, Germany. The goal was to help the Atlanta network benefit from experiences the other networks shared, with an eye toward future collaborations. Sponsors included entities with Georgia Tech and Georgia State University.

A description of the project observes: