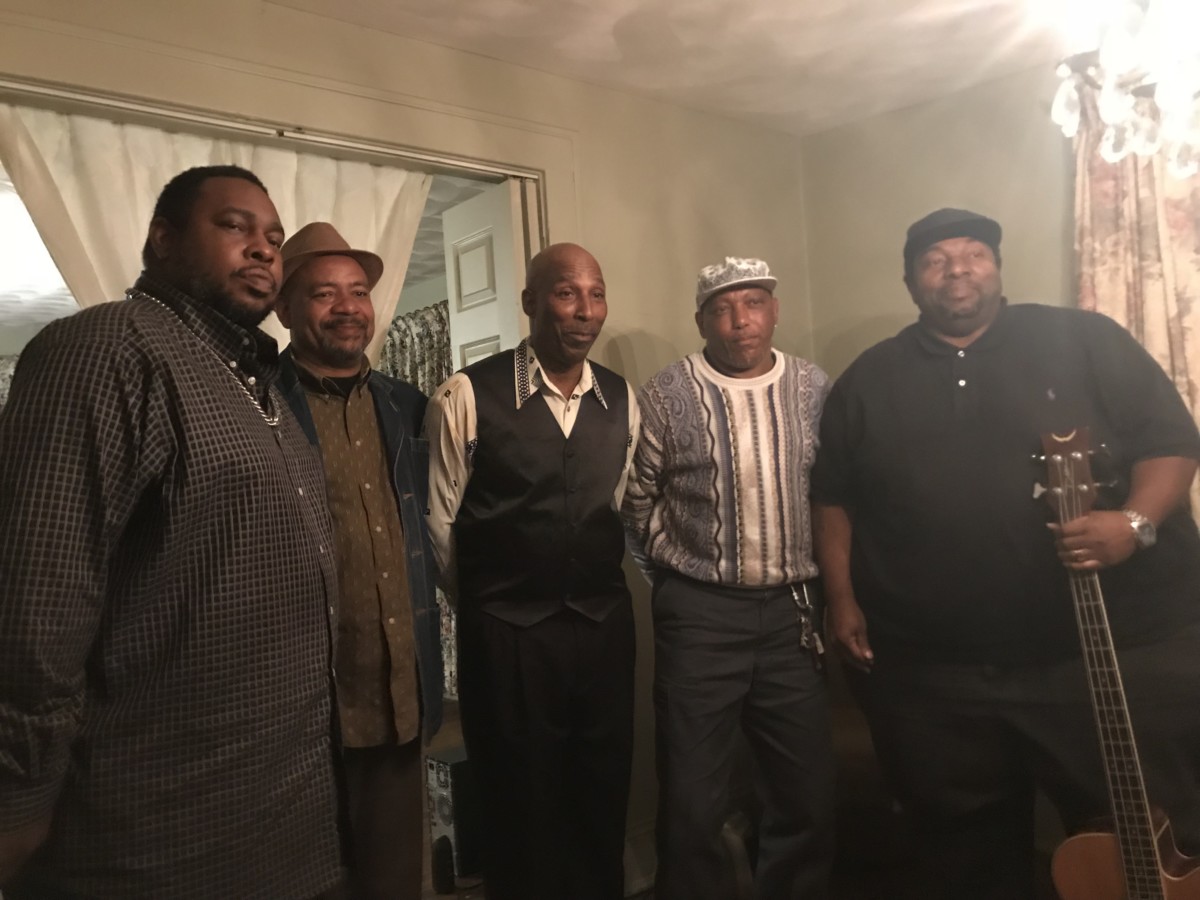 For business and civic leaders, gospel group embodies the change they hope to bring to the Westside.

As published in the Atlanta Business Chronicle on April 6, 2018

After having spent nearly 40 of his 65 years behind bars, Charlie Brown easily could have been one of those lost souls in our town.

But Brown, with his infectious smile and spirit, is anything but lost.

In the three years that he’s been out of prison, Brown has been homeless, clawing his way to a life on the outside. In the last year, Brown found the Westside, and the Westside has found him.

“I don’t want to see no kid go through what I went through,” said Brown, getting choked up during a Transform Westside Summit meeting last year. “There are a lot of people on the Westside struggling like I have. They need some help. I’m suggesting to y’all, help those who are out who are out there on the street — drug addicts and homeless guys. Mentor those guys and help them get off the streets.”

Brown is living testimony to how lives can be transformed. And it is not just him. 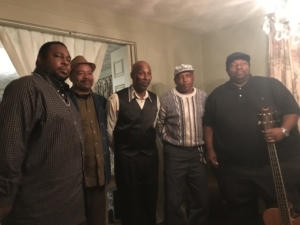 Brown belongs to a gospel group — Testimony — composed of ex-convicts who hope their singing will help others.

Their common thread is their faith in God.

“It’s a gospel group of ‘young’ men who were previously incarcerated for a long time and who gave a vow to God that if he gave us an opportunity, we would do what we should have been doing from the beginning — saving our kids so they do not make the same mistakes that we did.”

At the Transform Westside Summit meeting on March 16, Testimony performed during the devotional — getting a standing ovation from the 200 or so present.

Chick-fil-A CEO Dan Cathy was so moved by the group that he wrote them a check for $2,500, which they accepted with tears in their eyes even though they do not have a checking account.

“Your music was fantastic,” Cathy told them after their performance. “Great job. You really contributed to our spiritual recovery.”

For Cathy, Testimony embodies the change that the Atlanta’s business and civic community have been hoping to bring to the Westside.

“We have got to not only rebuild the homes and schools,” Cathy said, “we have got to rebuild the spirit. We have got to use our money to help rebuild these lives. Testimony is such a shining example of transformation… They could have turned out very bitter. They could still be imprisoned emotionally. But what we see here is joy. We see peace. We see happiness. They came out in such a positive way. It’s a message for young people. We can learn from the mistakes of other people.”

It was Brown who introduced Testimony to the Westside. He had become a regular attendee of the Transform Westside Summit, which meets the first and third Friday mornings of each month. Eventually, he met John Ahmann, executive director of the Westside Future Fund.

“What struck me was that after serving 34 years in prison, Charlie was such a nice guy,” Ahmann said. “He didn’t have any resentment. He didn’t have a chip on his shoulder. I wanted to really help Charlie.”

A few months ago, Ahmann opened up his home to Brown — literally. Brown had been living in a boarding house, and he couldn’t pay rent. Ahmann had just bought a house on Sunset Avenue, which he plans to renovate. In the meantime, he is letting Brown live in his home for $1 a month until he can get on his feet.

His work ethic impressed the Rev. Howard Beckham, CEO of Integrity, which partners with Westside Works.

“We knew Charlie had a significant criminal background. But we thought he deserved an opportunity,” said Beckham, who hired Brown for an outreach program for existing homeowners. “He was already known on the Westside. It was a great fit for him, for Integrity and for the community.”

Brown and another Westside resident — Treena Washington — now are going door-to-door letting homeowners know of the resources available to fix up their homes and of anti-displacement programs aimed at keeping existing residents in the community.

“At its core, the Westside Future Fund is a manifestation of corporate, government and philanthropic leadership in this community trying to do right by the residents,” Ahmann said. “The great news is that we are bringing resources to the table. It’s about giving people like Charlie another shot in life.“

The members of Testimony have been practicing at Ahmann’s house to get their harmonies “so tight you can’t stick a pin in it,” Fatz said. “People feel your spirit.”

Up to now they’ve been performing at weddings, funerals and other gatherings, but they’re hoping to be able to reach more people.

After saying how easy it is for people to find trouble, Fatz sang the lead in “Separate the right from the wrong.” It’s a metaphor for their lives and the message they want to share.

“A lot of the kids around here come from broken homes,” Fatz said. “We offer our hands to the young brothers who don’t have a father to play basketball with them. Through our music, we hope to touch someone.”

“Music changes people,” Brown chimed in. “It helped change me.”

Then Brown took the lead on the song: “I’ll go, if I have to go…by myself.”

Before going to prison in 1981, Brown said he had a family of 30. “When I got out, I only had one sister left,” Brown said. “All the time behind bars meant I lost time with my family.”

In many ways, their fellow inmates have become family.

“For us to be out here together, God has a purpose for us,” said Fatz, who was charged with murder after killing someone in what he says was self-defense. He says that’s in the past. “God talked to me: ‘Idus, you were born to sing. I gave you this gift, and you are not using your gift.’”

While in prison, several of them participated in the Kairos Prison Ministry, making peace with God.

Fatz also formed a gospel group in prison, and several of the current members of Testimony sang together in prison.

“When you come out of the system, it’s hard to get a foothold because there’s no support system,” said Testimony’s Ken Johnson, who found a changed world when he got out.

Fatz was in prison so long that he never learned how to drive. But he has no regrets.

“I can’t tell you how blessed I am,” Fatz said. “There have been many times since I’ve been out that my back has been up against the wall. Lord, if I stay in your grace, you will make it happen for me. I made a vow to God. We are going to do what we should have been doing all along.”

Brown said he has made it on the outside because he doesn’t associate with people who have been a bad influence. Instead, he stays focused on improving his own life as well as those around him.

“The Westside is moving together. There are resources here. It has kept me from going back on the street. I even have a good job now,” said Brown, who dreams of getting his own place.

For Fatz, God deserves all the credit.

“We are trying to get people to understand that we are doing something different with our lives. We have been changed,” he said. “We have done a whole lot of time, but God has restored us. We are different people. And we are trying to keep other people from going to prison.”