Atlanta Mayor Kasim Reed is shoving out the head of the authority that’s negotiating to keep the Atlanta Hawks in the city because she refused to run it as a “political slush fund,” the departing executive director, Terry Wand, said in a statement Monday. 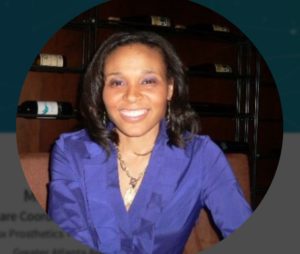 Reed has asked the Atlanta City Council to approve as Wand’s replacement Mia M. Roberts. Roberts’ biography, provided by the city, says she works as a patient coordinator with a prosthetics company in Atlanta.

Reed’s administration did not respond immediately to requests for response submitted around 7 p.m. by voice mail and email.

Reed nominated Wand to the authority in June. She was to serve in office for four years following the council’s vote to affirm the appointment, according to the legislation filed by Reed’s administration.

In his June 12 letter, Reed wrote of Wand:

Wand’s biography is not available on the city council’s website.

At issue is the day-to-day management of the obscure but influential Atlanta/Fulton County Recreation Authority. The authority was created by the state in 1960 to manage sports facilities in the city and county, and whatever other public venues the governments may wish to establish.

According to one of the authority’s governing statements, “provides for the maintenance and operation of Turner Field Stadium the New Hawks Arena, the Atlanta Zoo, and the John a. White Junior Golf Academy.” Turner Field has since been sold to a development team that includes Georgia State University.

According to a 1999 amendment of the original 1960 state law, the executive director is hired by the recreation authority:

The council has not yet acted on Reed’s nomination of Roberts. The council meeting ran longer than usual as residents came forward for two hours to commend current members and vent about old issues not yet resolved by the council.

Further clouding the issue is that the Committee on Council, which is to review the nomination, did not meet Monday morning to consider the appointment. The full council has the authority to take procedural steps to get the item on the agenda for a vote Monday. Otherwise, the council could schedule the appointment for a vote at a special-call meeting set for Dec. 13.

This is the full text of Wand’s statement:

“I am disappointed to learn that the City Council is being pushed to be co-conspirators with the current Administration in its effort to use the Atlanta Fulton County Recreation Authority as a political slush fund.

“When I took this position, I was very clear with the highest levels of leadership in the City that if given the opportunity, my goal was for the Authority to serve as a model for the nation on how similar organizations should function.

“In short time, it became clear to me that the Authority was mismanaged and required a top-down review and reset to make it work properly.  Rather than support these efforts, at every turn my attempts of reform have been met by opposition, recalcitrance, institutional delay and sometimes obstruction.

“(For example, having my predecessor’s mentor on the Authority’s payroll – at a salary higher than that of even the director (the Authority’s Chairperson allowed Mr. Kendall to increase his salary quarterly up to what would equal $150K/year) – is disappointing when the Board’s Chairperson thought my questioning of his employment was without merit.)

“I had been tasked with negotiating a lease extension to keep our beloved Atlanta Hawks in this City for the next 30 years.  And while I have done that to the best of my ability, even this transaction is riddled with questionable contracts and positions that the Authority was required to adopt. Because I refused to go along with a number of those questionable recommendations, this Administration is moving to replace me.

“I have enjoyed this role, and those in the community I had begun to build partnerships with know that I was attempting to take the Authority in a new – and positive direction.  If I am removed from this role, it is because of my ethical and unwavering commitment to the people of Atlanta and Fulton County, and because I chose not to play the game of cronyism and favoritism so clearly everyone attached to leadership of the Authority seems to favor.

“I am reviewing all legal options with my attorneys, and will be seeking legal redress shortly.”

Maria Saporta contributed to this report.