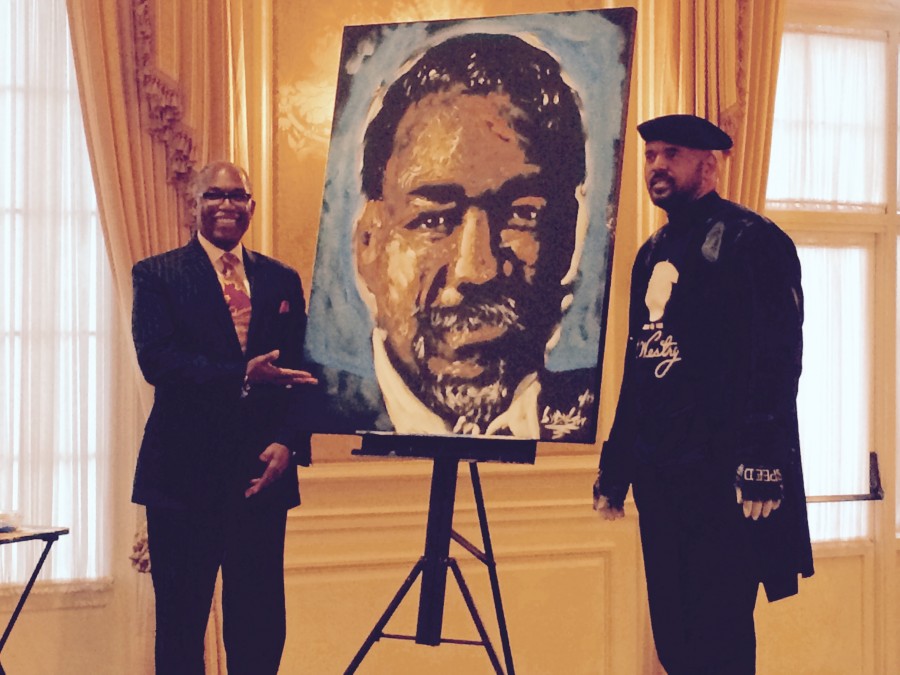 Milton Clipper stands next to the portrait of him painted on the spot by speed artist D. Westry 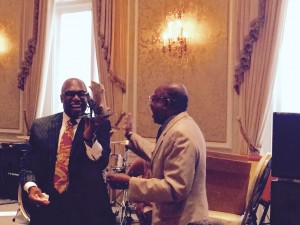 Clipper was presented with several gifts, including a special “hammer” sculpture from his long-time friend Ed Jones, general manager of the University of the District of Columbia Television Stations.

He received a set of golf clubs from the board of AETC (Atlanta Educational Telecommunications Collaborative) – delivered by long-time board member John White.

And D. Westry, a master speed painter, stood in front of the gathering at the Cherokee Town & Country Club and created a larger-than-life portrait of Clipper as people watched. The kicker was that he painted the likeness of Clipper upside down before turning it right-side-up for everyone to see.

Dr. Louis Sullivan, the current AETC board chair, described how the public broadcasting stations were losing about $1 million a year – a budget that had to be subsidized by the Atlanta Public Schools.

“Milton completely turned that around,” Sullivan said. “We have become one of the best public broadcasting companies in the country…. Thank you for a job well done. You have made your mark.”

The emcees for the evening were Denis O’Hayer and Rose Scott, hosts of the WABE noon-time show – A Closer Look. 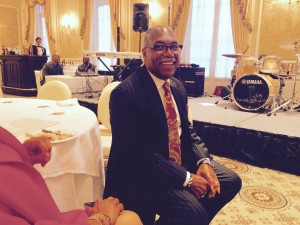 Scott spoke of how in the midst of the Atlanta Public Schools cheating scandal, Clipper always encouraged her to “dig deeper.” Despite the licensing relationship between APS and AETC, Clipper never gave Scott a sense that she should back off from the story.

“For me, having his support as a journalist, it’s so important to know management has your back,” she said.

O’Hayer told Clipper that the public broadcasting stations had progressed so much during his tenure. “While he didn’t make it all happen, none of of it would have happened without him,” O’Hayer said.

The personality of Clipper surfaced the more his friends and colleagues spoke about him.

“Milt Clipper and I laugh a lot when we’re together,” Ed Jones said. “I love to listen to him laugh. He’ll pull out that handkerchief to wipe away the tears of laughter.”

Although they had both had had their bouts with cancer and had suffered through life’s ups and downs, Jones said that Milton always “has a laugh and a smile” – finally describing his friend as a “hammer with humility.” 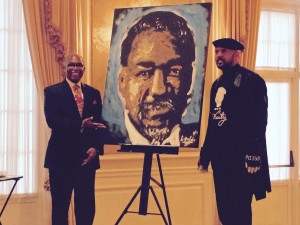 Milton Clipper stands next to the portrait of him painted on the spot by speed artist D. Westry

The person who stole the show was Clipper’s executive assistant for 11 years – Tammy Kardar. In a tribute video made of Clipper, she talked about how it took Clipper a year to hire her – after going through several other candidates.

Sharing her dry sense of humor, she spoke of how Clipper taught her “not to resort to violence by hurting anyone.” Instead he encouraged more good-natured measures to conflict resolutions.  During the celebration, Kardar jokingly quipped that she is from New Jersey.

Sonny Walker, who has served on the organization’s board for nearly 40 years, invited John White and Rubye Lucas – two other long-time board members to join him on stage as they gave Clipper his retirement gifts.

When he walked to the podium, a visibly moved Clipper said: “I don’t know if I can do this. ”

After thanking the AETC retirement planning committee, Clipper then remembered special moments along the “amazing “20-year journey running the stations.

“I can hardly imagine that it’s been 20 years since we have started this venture,” he said. 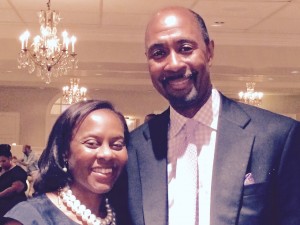 Wonya Lucas, the new president and CEO of AETC who has succeeded Milton Clipper, with her friend, William Taggart

Clipper began by mentioning two people who were instrumental with the establishment of AETC: the late Tom Hamall, who lead the Metro Atlanta Chamber from 1974 to 1983; and the late William Sharp, who was a founding member and former chairman of AETC.

After thanking a number of people who had helped him and the stations along the way, Clipper then turned to the person who has taken his place – Wonya Lucas.

“To Wonya, my successor, I pledge my full cooperation,” said Clipper, adding that every one present would be standing by her side to help make her tenure at the stations be a success.

He saved his closing thanks for his wife – Paulette – who he said she was more than his life partner and best friend.

“She’s been my calm when my seas got rough, and sometimes she’s been my storm,” Clipper said. “But she has always made me a better person.”