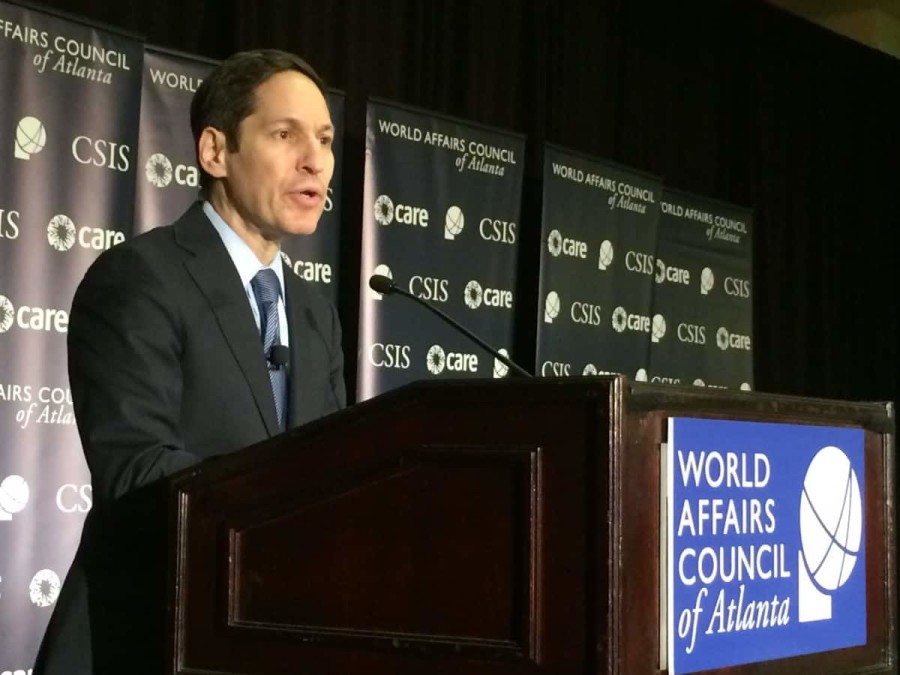 Global health leaders convened in Atlanta to help raise an alarm of the dangers of the ongoing refugee crisis.

The issue has become especially acute because now doctors, health professionals and hospitals are becoming targets – as evidenced by the airstrike on a hospital in Aleppo – killing 14 people, including the most qualified pediatrician in Syria’s largest city.

Thomas Frieden, director of the Atlanta-based Centers for Disease Control and Prevention, said: “We have to take a strong, unwavering stand” that it is not acceptable to target healthcare workers and healthcare facilities.

“We should never accept attacks on civilians or healthcare workers. This is not acceptable,” Frieden repeated. “We all need to sound an alarm.” 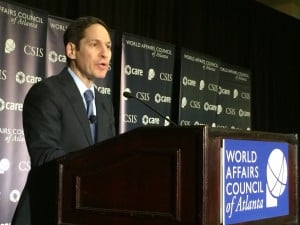 Several panelists at the Fifth Annual Global Health Summit made the same point. The theme of this year’s Atlanta Summit was “Global Health and Refugees,” and the leading co-sponsors are the World Affairs Council of Atlanta, the Center for Strategic & International Studies and CARE.

It is estimated that there are 60 million refugees “wandering around the desert,” according to Ambassador Charles Shapiro, president of the World Affairs Council, in his opening remarks. But today’s refugees are distinctly different than the refugees or earlier times. Most are not sheltered in refugee camps where they can receive food, water and health services.

“The humanitarian system is overwhelmed,” said Paul Spiegel, deputy director of the Division of Programme Support and Management at the United Nations High Commissioner for Refugees. “We don’t have the capacity or the tools in place to deal with the situation. The majority are living outside of camps, and it’s being going on for five years.”

Zaher Sahloul, senior advisor for the Syrian American Medical Society, said that five years ago, Syria had some of the best health outcomes of any country in that part of the world. But today, more than half of Syria’s population has been displaces, and its healthcare infrastructure has been dismantled due to political and civil conflicts.

Sahloul expressed a sadness that there hasn’t been a greater response from international entities to this ongoing refugee crisis.

“We have this huge disaster unraveling before us (with doctors, nurses and children being killed),” Sahloul said. “Despite that, we are not doing what we are supposed to be doing to address the crisis.”

Sahloul went on to say that there’s a lack of access to people who are in need. “We are talking about people who are bombed for providing health care for their people,” he said. “There have been 731 physicians and healthcare workers who have been killed and targeted just because they were trying to save lives.”

Rabih Torbay, senior vice president of international operations for the International Medical Corps, said there’s a need for a political solution. While the U.S. government has been generous, Torbay said he hopes there will be a multi-year commitment until there is a better political climate in Syria.

“Once there’s peace in Syria, it won’t take long for them to rebuild,” Torbay said, because Syrians are dedicated people who have such an entrepreneurial spirit. 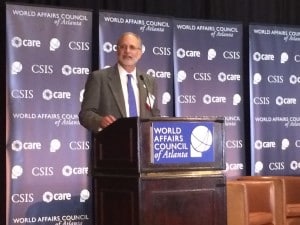 Frieden also said that the refugee crisis points to two long term trends – having a mobile population with global migration and urbanization, with more people leaving rural areas to move to cities. Those trends will place an even greater demand on the global health care system.

“Although it is a global problem, we should never forget the individuals whose lives have been uprooted,” Frieden said.

He also quote Albert Einstein, who is quoted as saying: “Nationalism is an infantile disease. It is the measles of mankind.”

As he said: “It’s very important for many reasons that the United States works with a multi-national network and with the United Nations.”

Innovation, economy will grow with greater ‘Eds and Meds’ collaboration