Remembering A.C. Toh during the 50th anniversary of A.C.T. Enterprises 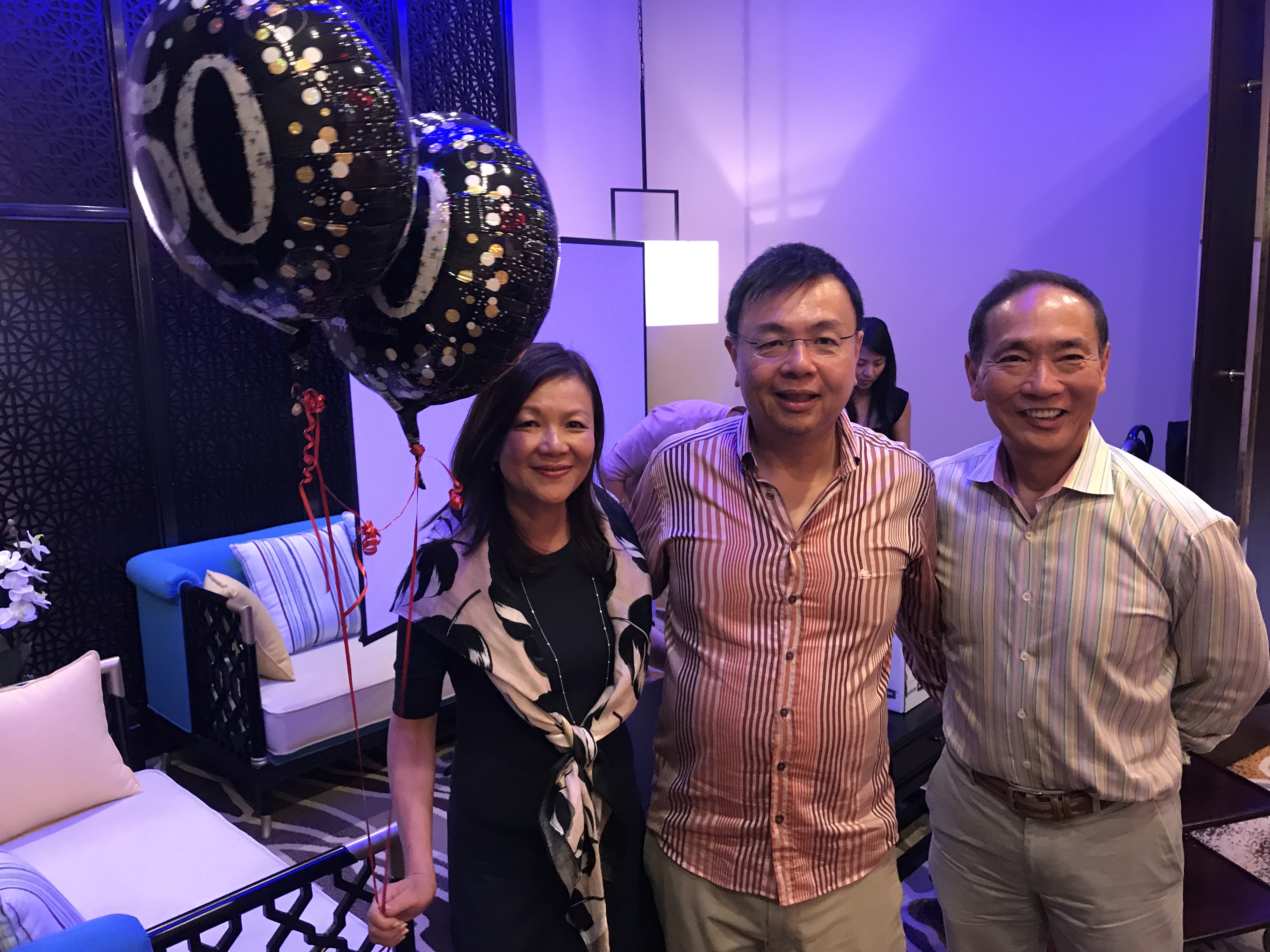 Back in the 1980s, I had the pleasure of getting to know one of the most flamboyant developers who had entered the Atlanta market – A.C. Toh.

Toh made headlines in the 1980s by proposing to build a high-density international village on a 19-block area on the south part of downtown. Then Atlanta Mayor Andrew Young had taken Toh on a tour of the area, and together they envisioned what the place could be – a bustling new downtown with high-rise residential and office towers.

The problem, however, that the land had not been assembled, and there were 137 property owners who all of a sudden believed their underdeveloped holdings were worth a great deal more than the going market rate. 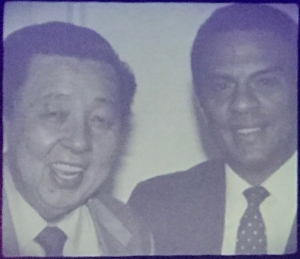 While that project never materialized, Toh already had fallen in love with Atlanta. He first discovered Atlanta when his son, James Toh, attended Georgia Tech in 1982 and was studying engineering. Although the younger Toh transferred to MIT, A.C. Toh had become enamored with Atlanta, Mayor Young and former Gov. George Busbee.

Toh was a businessman, developer and investor from Singapore who had business connections throughout Asia, and he was convinced Asian investors would share a similar enthusiasm for Atlanta.

At the time, I was covering international business for the Atlanta Journal-Constitution, and it was always an adventure to cover A.C. Toh’s various ventures.

Before he passed away from cancer in 1990, Toh had been an investor or developer of the Great Mall of China (where the Whole Foods shopping center is now located on Ponce de Leon); the modernistic Atlanta Cabana Hotel on Peachtree Street – built in 1958 and torn down in 2002; the Atlanta International Industrial Park in DeKalb County, the Atlanta Chinatown Square and the Grandview Apartments in Buckhead.

This past Friday, I got a call from Peter Chang, who had headed A.C. Toh’s investments in Atlanta since the 1980s. A.C.T. Enterprises was planning have a 50thAnniversary Dinner on June 22 at the new Royal China Restaurant in Duluth. He invited me to attend the dinner along with several of A.C.T. associates and friends and two of A.C. Toh’s children. The dinner also would screen a half-hour documentary on the history of A.C.T. and the legacy of A.C. Toh.

How could I say no?

Memories of A.C. Toh flooded back to me – his bold ideas and his ability to make friends with just about everyone he met. 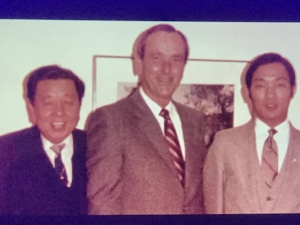 Back in October 1985, I actually had an opportunity to meet up with A.C. Toh in Beijing, China when I was there on the China-Tech trade mission that was seeking to build relationships between Georgia Tech, BellSouth and China. I remember A.C. Toh picking us up in a limousine, which felt a bit awkward in a city that was still dominated by bicycles.

Still, Toh’s personality was infectious, and we realized that Toh was at home no matter where he was. As I remember, he had just come back from a meeting with his friend – the Japanese prime minister.

So Saturday night’s dinner gave me an opportunity to reminisce about A.C. Toh’s grand ideas for Atlanta and to reacquaint myself with the company and his family.

But most importantly, two of A.C. Toh’s three children were at the dinner – James Toh, group chairman of A.C.T. Holdings in Singapore (as well as his wife and three sons), and his sister, Merlene Toh Emerson, from London. 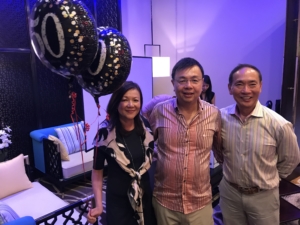 Merlene and I sat next to each other, and I quickly realized she inherited her father’s spirt.

She was the first Chinese woman to be a candidate for the London Assembly, and she also ran for Parliament and co-founded the Chinese Liberal Democrats in 2006. Emerson also has been deeply involved in housing issues in England, serving on the boards of three housing associations and as chair of several organizations. And on Oct. 27, 2016, Princess Anne awarded her with an MBE (Member of the Order of the British Empire) for political and public service.

The dinner and the documentary gave me an opportunity to learn at all the various ventures that A.C.T. has been involved in since A.C. Toh’s death.

A.C.T. has been a partner or investor in the development of 52 luxury high-rise condos at 1065 Midtown; 315 units at Caton Mill Lofts; 166 units at Highland Mill Lofts; 253 units at Mariposa Lofts; Embassy Row 100 – a 114,759 square foot office development; and Atlanta Technology Center with 197,357 square feet among others throughout the Southeast.

Merlene also told me that the family also awards as many as four scholarships annually to deserving students wanting to attend the Singapore University of Technology and Design – covering the entire educational costs of students who would have difficulty attending college without the scholarships. 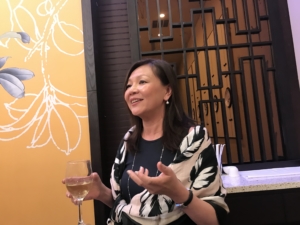 Back in 1996, I did have a chance to meet and interview James Toh, who then was only 30 years old and was the heir apparent to run A.C.T. Holdings.

“The way we do business is very different,” the younger Toh said at the time. “My father went for a lot of high-profile projects when he was in Atlanta. I’ve been much more focused in medium-cost residential projects. My approach is more analytical, more strategically focused.”

The 50thAnniversary dinner for A.C.T. gave me a wonderful opportunity to travel back in time and reflect on the “what if” questions that have haunted our city.

Here we are – so many decades later – still looking to redevelop our south downtown. The good news is that those plans – CIM and the Gulch; WRS and Underground Atlanta; and Newport’s acquisition of south downtown properties – are probably closer to becoming reality than they’ve ever been.

And if A.C. Toh were still alive, I’m sure he would still be dreaming of what Atlanta could be. 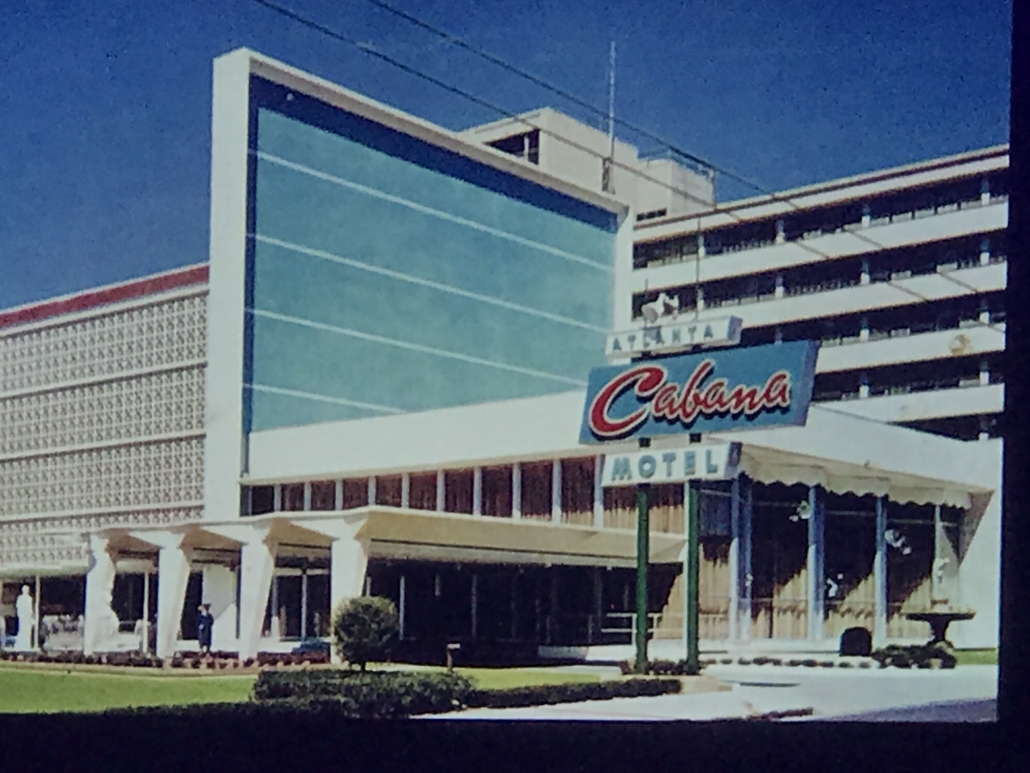 At one point, A.C. Toh and other investors bought the historic Atlanta Cabana Hotel on Peachtree Street in Midtown (Special: A.C.T. Holdings) 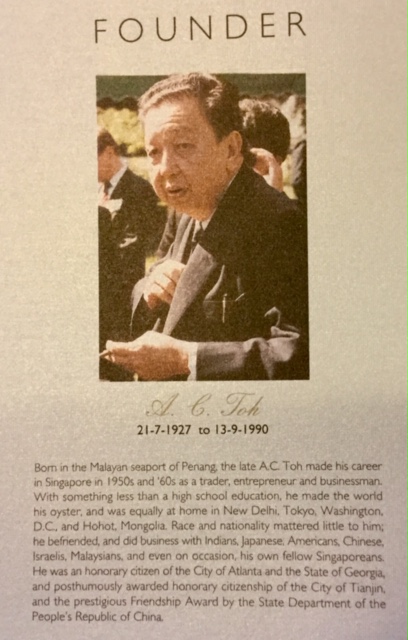 A.C. Toh bio on the occasion of the 50th anniversary celebration 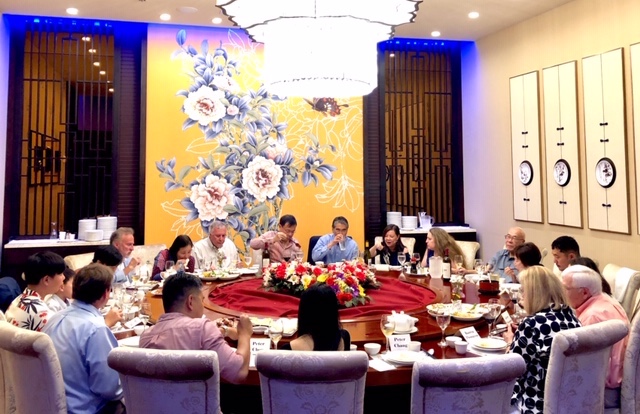 The 50th Anniversary dinner for A.C.T. Enterprises at at the new Royal China Restaurant in Duluth. The table had the largest Lazy Susan I’ve ever seen (Photo by Peter Chang)

Previous Article
Nature: A Public Health Imperative
Next Article
Let’s save Morris Brown before gentrification does it in