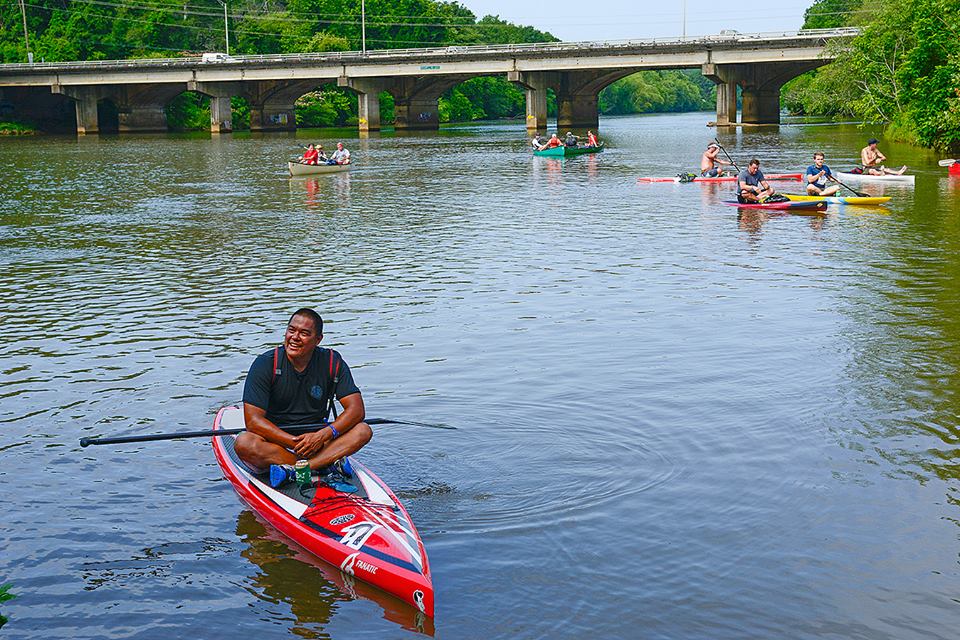 The Georgia EPD has proposed removing all minimum flow requirements along the Chattahoochee River at Peachtree Creek in Atlanta – eliminating a standard that has been in place for nearly 40 years.

Environmentalists, water stewards and park advocates believe that those standards have been essential to protecting the health of the river – a fragile waterway that has to dilute water discharged from sewage treatment plants in Fulton, Cobb, Douglas and Gwinnett counties. 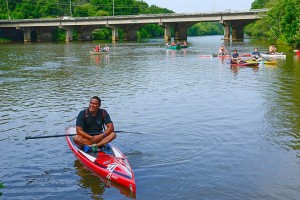 The minimum that the EPD is proposing to remove is a minimum flow of 750 cubic feet per second of water along Chattahoochee as it passes by Atlanta’s Peachtree Creek.

The plants along the river discharge an average of 437 cubic feet per second (cfs) of treated sewage water. The minimum flow of 750 cfs is considered necessary to dilute the treated water so that it doesn’t impact the quality of the river for our neighbors downstream.

Concerned citizens will have an opportunity to weigh in on the proposed changes at a public hearing on Friday, June 26 at 1 p.m. in  the Environmental Protection Division Training Center located at 4244  International  Parkway,  Suite  116, Atlanta, G.a 30354.

So why would the EPD propose removing the minimum flow?

The stated reason is that the state needs to be sure that metro Atlanta has enough water on hand during periods of drought to meet the water demands of our growing metropolis.

As we often hear, Apalachicola-Chattahoochee-Flint River basin is the smallest watershed serving a major metro area in the United States. 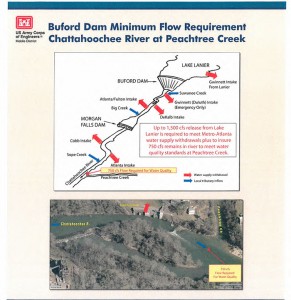 Lake Lanier is the water reservoir serving the basin – and disputes over the use of water in the ACF basin has led to lawsuits between Georgia, Alabama and Florida – not to mention disagreements among communities all along the Chattahoochee River.

Amazingly, in May, a group of 56 interested stakeholders from the three states- the ACF Stakeholders Inc. – voted unanimously on a Sustainable Water Management Plan for “equitably managing water in the Apalachicola, Chattahoochee and Flint River Basin” raising more than $1.7 million to gather and model all the data needed to develop the consensus-driven plan.

The plan is being shared with the governors of Alabama, Florida and Georgia as well as the U.S. Army Corps of Engineers, and its recommendations have been publicly distributed.

But here is the kicker. All the modeling data was based on a minimum flow of 750 cfs on the Chattahoochee at Peachtree Creek. So all the consensus among the various stakeholders was based on the minimum flow of water that EPD has had in place for the past four decades.

“All the ACF stakeholders have agreed, and all the modeling assumptions in the agreement have assumed 750 cfs,” Ulseth said. “Why does this have to happen this quickly? Why now?”

Ulseth and other environmental organizations fear that it will be hard to implement and enforce clean water standards along the Chattahoochee if minimum flow requirements are removed.

There are several other potential solutions. Perhaps the most promising is to raise the level of Lake Lanier.

That would give the Corps greater flexibility to release enough water to maintain the minimum flows during conditions of extreme drought.

“We are absolutely in favor of going through with the feasibility of raising the level of Lake Lanier,” Ulseth said. He also said the metro area must continue to adopt water conservation measures and consider other alternatives before reducing or removing the minimum flow requirements along the Chattahoochee River.

The official position of the Chattahoochee Riverkeeper is that a comprehensive, scientific study and water quality-monitoring program is needed to ensure that water quality and recreation will not be harmed by lower flows in the river.

Previous Article
How do our emotions affect us? There’ll be lots of talk about mental health with the release of Pixar’s newest movie Inside Out. How do you handle emotions? What are some healthy, natural ways to deal with anxiety?
Next Article
Global Health Means Health At Home Too