The Rodney Cook Sr. Park in the Vine City neighborhood should be renamed because its namesake helped lay the foundation for a Georgia Republican Party that critics have connected to suppression of black voters, according to Atlanta-based civil rights advocate Joe Beasley

“For us to ignore it would be irresponsible,” Beasley said of the naming. “Mr. Cook’s core values are more in keeping with Gov. Marvin Griffin, who put up the Stone Mountain carving to show that black people were going to be kept in their place.”

Beasley suggested the park be named for Ivory Lee Young, Jr., who represented the area on the Atlanta City Council from 2002 until his death in 2018.

Beasley remarked in a text sent in the wee hours Sunday that he has not received a response from city officials to a letter he sent about the naming issue. The April 25 email is addressed to Atlanta Mayor Keisha Lance Bottoms and Atlanta City Council President Felicia Moore.

Beasley is in South Africa this week to monitor the national elections on Wednesday. Voters will determine whether the African National Congress will continue to control the legislature, as it has since the 1994 election of Nelson Mandela heralded the end of white-majority rule. 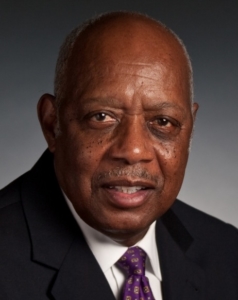 Beasley also reiterated his call to ensure the planned statuary in the park does not honor Tomochichi, an 18th-centuryt chief of the Yamacraw Indians. Tomochichi is credited as a leader who played a large role in the settlement of Georgia by negotiating with early settler Gen. James Oglethorpe, according to a citation in the New Georgia Encyclopedia:

Beasley offered a different perspective on Tomochichi’s role in history.

“To us, he would be called a turncoat,” Beasley said.

“He was an accommodationist who didn’t live in Atlanta and shouldn’t be honored in an Atlanta park,” Beasley said. “He was so taken by the people coming from Europe that he just adored them, to the point of going to England to meet the king of England. His reward for his diligence with the new arrivals was: They took his land and his people are still on reservations.”