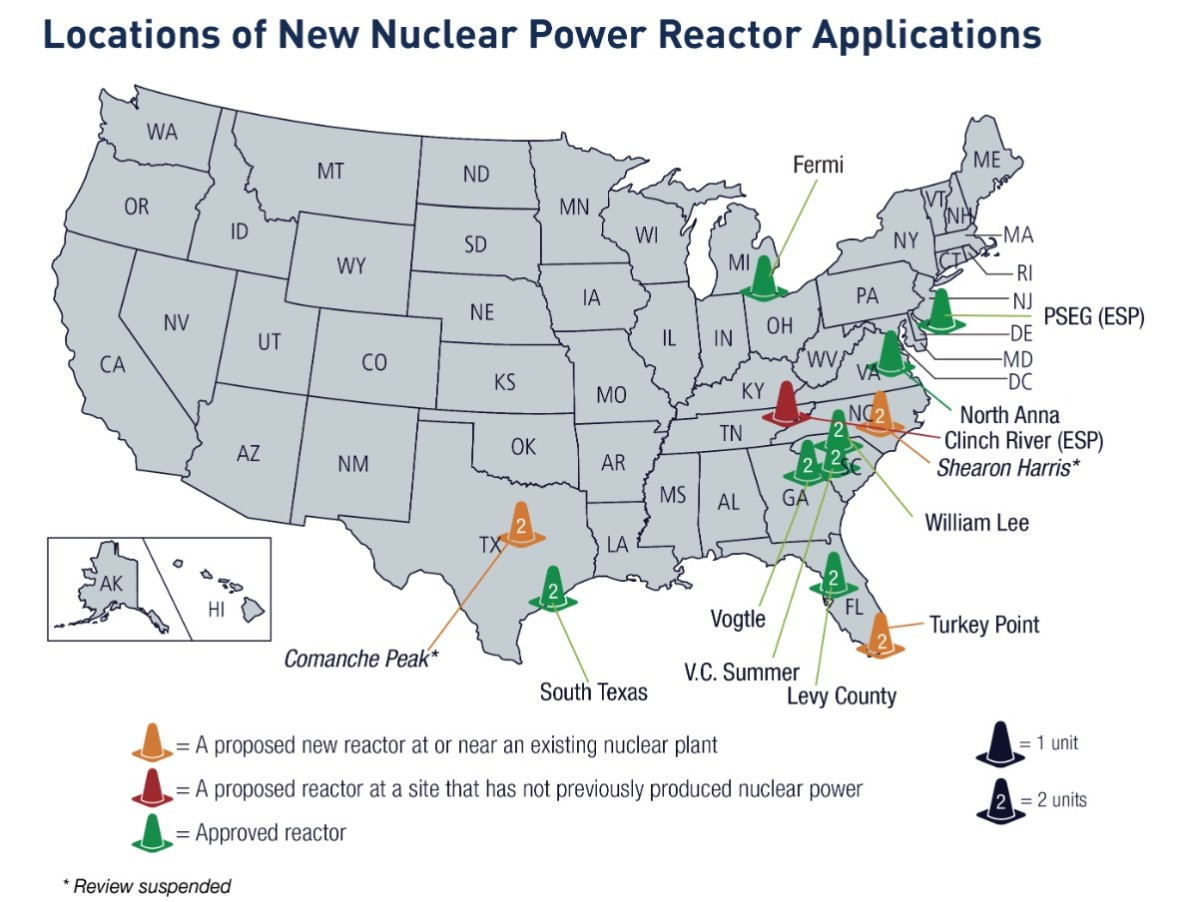 A new report names the South as the nuclear hub of the United States and calls for an end to all federal funding for Plant Vogtle, along with greater protections for women and the minority, typically low-income communities where nuclear facilities have been built.

And that’s just for starters. 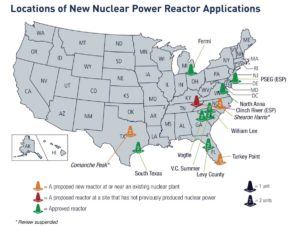 The nuclear power industry is focused on sites in the South to develop nuclear power reactors. This map is dated June, and on July 31 South Carolina announced it had stopped work on the V.C. Summer nuclear power plant. Credit: nrc.gov

One recommendation calls for the immediate closure of reactors located downstream of dams, where dam failure would increase the potential of a major nuclear reactor incident. Another calls for more rooftop solar power for the specific purpose of reducing reliance on a central power company.

The report presents a buffet of information about the history of nuclear facilities in the South and the industry’s future as climate warming disrupts everything from the cooling of nuclear power plants to the dispersal of radiological elements in an atmosphere that’s to become more humid.

It’s all organized under the theme that’s named in the title: Community Impacts at the Crossroads of Nuclear and Climate Injustices in the U.S. South.

Laura Turner Seydel is acknowledged for her support. The Jane Smith Turner Foundation provided financial support for a report presented jointly by the Atlanta-based Georgia WAND Education Fund and the Nuclear Information Resource Service, based in Asheville, N.C. WAND stand for Women’s Actions for New Directions.

The report was released Dec. 14, the day after WAND Executive Director Becky Rafter delivered a copy of the report to each member of the Georgia Public Service Commission. The PSC is slated to vote by Dec. 21 on whether Georgia Power will be allowed to continue charging ratepayers to help fund construction of two nuclear units at Plant Vogtle. Georgia Power has requested approval of expenditures earlier this year and assurances it will be eligible to collect almost all it has spent on the project, according to a report by the energy trade publication platt.com.

Nathaniel Smith, founder and chief equity officer of the Partnership for Southern Equity, participated in a Dec. 14 conference call to discuss the report. Smith focused on the Hobson’s choice that faces some low-income communities located near nuclear facilities – take a job in the facility and risk health, or go without work. 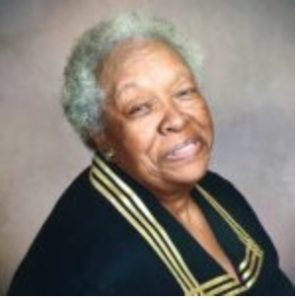 “We have to be aware of working families where there is one economic generator in the community,” Smith said.

The report portrays these communities as facing a constant balancing act in the desire to have jobs in a facility some think carries health risks. Some residents may fear the main employer may retaliate for any negative comments. Others may fear retaliation from their neighbors for speaking out.

Such was the situation of Clara Dalbert.

Dalbert died at her home near Plant Vogtle in June following her third battle with breast cancer. Dalbert was a member of WAND’s board who, in 2013, lobbied the U.S. Department of Energy to reinstate funding for radiological environmental monitoring in Georgia – which the University of Georgia launched on July 24.