“Juneteenth marks both a long hard night of slavery and subjugation and a promise of a brighter morning to come,” Biden said during a press conference. “It’s a day in which we remember the moral stain and the terrible toll that slavery took on the country and continues to take. Today I consecrate what Juneteenth must be – a national holiday.”

Juneteenth is a day to recognize the end of slavery in the U.S.

Click here for ways to commemorate Juneteenth in Atlanta.

Andrew Young will be honored this fall with the “Four Pillar Award” from the Council for Quality Growth, a development industry trade association.

An early Civil Rights activist, Young went on to serve as Atlanta mayor, a Georgia congressman and U.S. ambassador to the United Nations. He now chairs the Andrew J. Young Foundation.

The “Four Pillar Award” is given annually to a recipient chosen for embodying the Sandy Springs-based trade association’s ideals of “quality, responsibility, vision and integrity,” and for “promoting balanced and responsible growth.” Recipients have included such well-known developers, executives and political leaders as John Portman, Arthur Blank and former Gov. Nathan Deal.

Young will receive the award at an Oct. 14 gala that will include a welcome from Atlanta Mayor Keisha Lance Bottoms. Serving as masters of ceremonies will be former Atlanta Mayor Bill Campbell and former WSB-TV anchor Monica Pearson. 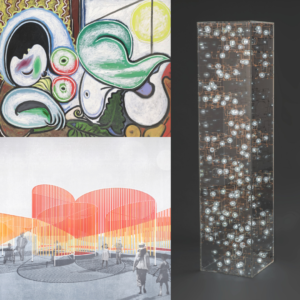 Who needs fun in the sun when you have the High?

Art lovers or anyone looking for a fun way to spend the day is in for a treat this summer.

Starting this month, the High Museum of Art will feature exhibits with big-name artists and immersive artwork.

The Pablo Picasso and Alexander Calder exhibit will debut on June 26, featuring over 100 paintings, sculptures and drawings from the artists.

The show was created by the artists’ grandsons and showcases the innovative work of two of the biggest names in twentieth-century art.

Outside the Lines, an immersive and sensory maze, debuts July 10 on the museum’s plaza.

The installation is a curving steel structure with thousands of hanging strands, meant to emulate a forest-like experience, according to the website.

The project is the brainchild of Bryony Roberts Studio and advocates for creating a space that is accessible and engaging for all visitors, regardless of ability.

Click here to check out what else the High has to offer. 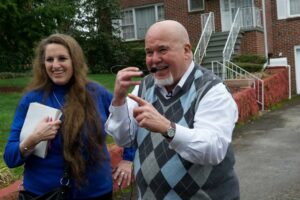 Tom Houck of the Civil Rights Tours Atlanta is making sure these stories aren’t forgotten.

The tours were paused due to COVID, but public tours will resume July 3rd, and private tours are available for booking today.

The three-hour trip takes visitors around the city, going from Auburn Ave to South-View Cemetery. The bus ride includes a freedom singer and video of activists Lewis, Young and Julian Bond giving their firsthand accounts of the events that shaped Atlanta.

Civil rights have been a passion for Houck since he was a teenager when he was expelled from high school for going to the Selma-Montgomery march in 1965.

Houck’s activism brought him to work with King, Lewis, Young and Maynard Jackson.

Whether you’re a local or just visiting, strap on your walking shoes and prepare to be in awe of the place that Houck calls “the city of heroes.”

Click here to book your ticket for the Civil Rights Tours Atlanta. 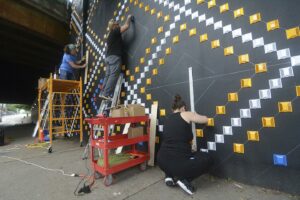 Grant Street Tunnel is getting a new look.

MARTA has paired with art company Dashboard to transform the space, near the King Memorial Station, into “Reflection Tunnel.”

“Reflection” has multiple meanings in this 20,000-piece art installation.

The tunnel is decorated with safety reflectors, creating a unique lighting effect. The project will also include an oral history of the surrounding neighborhoods by highlighting the stories of residents, business leaders and community leaders.

Residents are invited to join the community event for the project on Friday, June 23.

A specialty rubber products company is bringing a manufacturing facility and its headquarters for the Americas to Coweta County.

The announcement did not mention various public incentives and tax abatements the company is receiving. At the county level, Semperit will receive such help as bond financing, a property tax break, a one-time cash grant and permitting assistance, according to the Coweta County Development Authority. The state government is offering use of the “Georgia Quick Start” program, which provides free training to workers in specialty fields.

Semperit manufactures such products as conveyor belts, rubber hoses and escalator handrails. According to the Georgia Department of Economic Development, it currently has a distribution center and warehouse in Stone Mountain in DeKalb County. 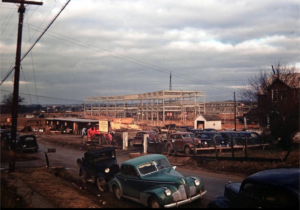 The ’47 Oldsmobile was the first car to come off Doraville’s General Motors line. (Credit/Special: The City of Doraville)

The folks in Doraville are hosting a car show to celebrate the city’s 150th birthday and bid farewell to the former General Motors Assembly Plant site.

The plant opened its doors in June 1947 and manufactured vehicles through 2008.

In a month, Gray Television, Inc. will begin construction on a “Studio City,” a production site where GM used to stand.

The car show on Saturday, July 26 will be packed with food trucks and the cool cars of Doraville.

Registration is open for the show, with a particular interest in cars that came off the Doraville line. 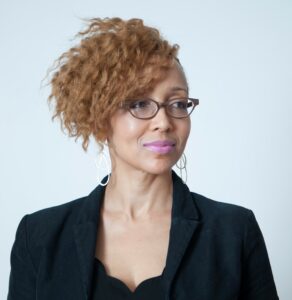 Comer Lowe began working at Hammonds House in 1996 and has since taught art classes at Spelman University and served as the manager and curator of the Chastain Arts Center for 12 years.

“Her deep knowledge of Black visual arts, expertise in arts administration, ability to engage with diverse audiences, commitment to arts education, and bold vision for our future, make her the right person to follow the trajectory we are on and take the museum to the next level,” Hammonds House Board President Imara Canady wrote in a press release.

Hammonds House, nestled in the historic West End, celebrates the legacy of artists of African descent.