A pocket of the city. (Photo by Rex Way, Unsplash)

In Atlanta, cars are king. Some folks are looking to change that, though.

The Atlanta City Council is considering legislation that would make a three-mile stretch of Peachtree Street car-free on Sunday afternoons. If approved, the ordinance would go into effect in September 2022. Would you support making some of the city’s streets more pedestrian- and cyclist-friendly?

Georgia State University has received a five-year grant to establish the Center for Dynamic Multiscale and Multimodal Brain Mapping Over the Lifespan. The funds are provided by a National Science Foundation program, ​​which focuses on supporting minority-serving institutions by providing resources to create new research centers.

The new center will start three research studies to examine brain development across various stages of life. The research will document the brain’s connectivity and development throughout a lifespan, focusing on mood, memory, learning and reading.

“We’re very interested in using this type of knowledge to one day help people, especially those with learning disabilities, learn to read better,” said Robin Morris, GSU professor and a co-principal investigator on the grant, in a press release. “TMS, [a procedure that uses magnetic fields to stimulate the brain], has been used to successfully treat severe depression, but we’re looking at whether it can also be effective at improving learning outcomes.” 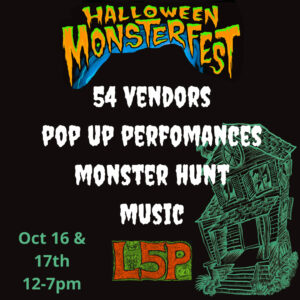 Despite L5P Halloween Parade cancellation, ghouls and goblins are still welcome to celebrate

This year, the popular Little Five Points Halloween Parade has been canceled. In a regular year, Little Five – one of the most eccentric neighborhoods in the city – is filled with Atlantans donning their spookiest getup and attracts around 70,000 visitors, according to WABE.

Never fear, though, there will be a block party dedicated to the spooky season instead. Monster Fest will take place this weekend, Oct. 16 and 17, with a scavenger hunt for painted beasties, a Monster Ball and a Haunted Artist Market.

The FAA denied a claim by Southwest Airlines that blamed flight disruptions on air traffic controllers and bad weather. (Image from twitter.com)

Southwest Airlines reported major service disruptions over the weekend of the type that credit analysts may watch for signs of instability, and may have implications for the credit rating of Atlanta’s airport.

In a tweet Saturday, Southwest blamed the disruptions – 1,920 cancellations and 2,250 delays – on “ATC issues and disruptive weather,” referring to air traffic controllers. Not true, countered the Federal Aviation Administration in a Sunday statement:

The discord occurs as Southwest deals with the unexpected retirement of the company’s former president after he was passed over for the CEO job. In addition, relations with the pilots’ association have soured over mandatory COVID-19 vaccinations and extended work hours amid staffing shortages.

Southwest is a major tenant at Hartsfield-Jackson Atlanta International Airport. The airline was specifically cited in a recent bond issue, with New York credit analysts warning the credit rating of Atlanta’s airport could be affected if Southwest exits the market. 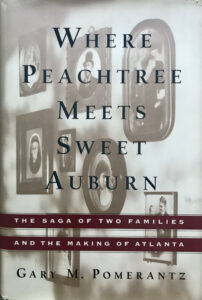 “Peachtree-Sweet Auburn” book to be adapted for TV

One of the most insightful books about Atlanta – “Where Peachtree Meets Sweet Auburn” – has been optioned to become a television series.

Wiip, an independent studio of Paul Lee (More of Easttown), has optioned the rights of “Where Peachtree Meets Sweet Auburn.” Lee will serve as executive producer of the project along with Hope Hartman (Pistol).

The book was written by former Atlanta Journal-Constitution reporter Gary Pomerantz, who was in town on Oct. 7 for a panel discussion on the book, which is inspiring a memorial at the northeast corner of Peachtree Street and Auburn Avenue. Pomerantz disclosed the option of his book while he was in town.

The full title is: “Where Peachtree Meets Sweet Auburn: The Saga of Two Families and the Making of Atlanta.” It tracks the lives of two historic Atlanta families ­of two of Atlanta’s most influential mayors – Ivan Allen Jr. and Maynard Jackson Jr. (part of the Dobbs family) – from the 1890s to the 1990s.

The book was released in 1996 during a special moment in Atlanta’s history.

“We had a book party on May 14, 1996 at the City Grill,” Pomerantz recalled. “Coretta Scott King came. There were four Atlanta mayors there.”

“Through interviews and research, Pomerantz shows how the families rose to social, economic and political prominence but also demonstrates how their compelling lives paralleled the shifting relations between Atlanta’s blacks and whites, as the city grew to become the capital of the New South,” according to a description of the book on the website “Deadline,” which follows the entertainment industry. “It is a representative story of the transformation of a city and the entire South.” 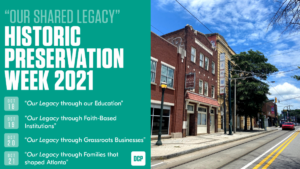 The Atlanta Department of City Planning is holding its second annual Historic Preservation Week, from Oct. 18 to 21, with a theme of “Our Shared Legacy.”

Throughout the week, the department will host events to celebrate the city’s history and discuss ways to preserve our historical sites and connect to Atlanta’s culture.

This year, the focus will be on local higher learning institutions, faith, grassroots businesses and family. 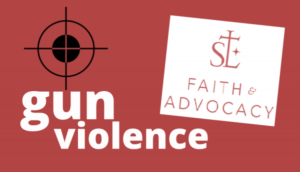 A mayoral forum and vigil will be held at St. Lukes. (Credit: St. Lukes Episcopal Church)

The forum will be hosted by WABE’s Rose Scott and Kevin Riley of the Atlanta Journal-Constitution. Both events will be held in person at St. Luke’s on Oct. 21 and 27 and can be streamed online. 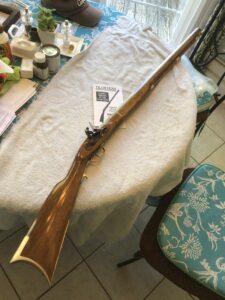 Primitive weapons hunting season: A rite of passage for some Georgians

Hunting with longbows, crossbows, muzzleloaders or flint locks — primitive weapons deer season is a rite of passage for some Georgians who’ve built family traditions around the season that opened Oct. 9.

Mack Van Gorder and his family are among them. Along with hunts in North Georgia, he remembers the stand he used — No. 59 — for several hunts on Ossabaw Island, where he’s hunted and camped over the years with his father, brother and son. His son shot his first deer on the island. His Dad missed a shot, but there were good reasons.

The niche sport has its followers. Last year, 27,000 hunters carried muzzleloaders out of almost 630,000 who hunted in Georgia. The antiquated weapons brought in almost 7,000 deer, according to the Georgia Department of Natural Resources. Hunters are required to report their harvest.

The autumn hunting season in North Georgia began Oct. 9 with primitive weapons allowed for deer and bear. Firearms season continues for both categories through Jan. 9, 2022. For more information on dates for Georgia’s hunting season, click here. 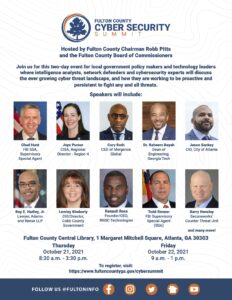 On Oct. 21 and 22, Fulton County Commission Chairman Robb Pitts and the Board of Commissioners will host a cybersecurity summit with leaders from the city, county and school board.

The summit will include speakers from the FBI and Cybersecurity and Infrastructure Security Agency to discuss potential online security threats to local governments.

“Now, more than ever, it’s crucial that we make sure we’re all protected and ready – not just our own business or government,” Pitts said in a press release. “Our society is so connected that a cyberattack on one of us ends up being an attack on all of us. I believe this summit will make us all stronger and better prepared for everything that is out there.” 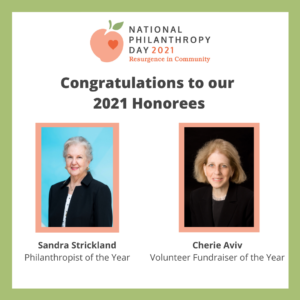 Philanthropists to be celebrated on Nov. 4

The Greater Atlanta Chapter of the Association of Fundraising Professionals will hold its 40th annual celebration of National Philanthropy Day by honoring several Atlanta leaders.

The virtual event, presented by the Community Foundation for Greater Atlanta, will honor Sandra Strickland as Philanthropist of the Year and Cherie Aviv as Volunteer Fundraiser of the Year – the top two honors at the annual event.

The event will pay tribute to metro Atlanta’s philanthropic leaders and honor those whose work brings hope and a brighter future to our community.

In addition to Strickland and Aviv, the Association of Fundraising Professionals will recognize several other organizations and philanthropists in the region, including:

The Greater Atlanta Chapter of AFP has over 500 members who work to enhance the success of Atlanta’s philanthropic community. AFP International represents 30,000 members in 197 chapters throughout the United States, Canada, Mexico and China.