Social distancing is here to stay for a while. Credit: Maria Saporta

There’s no end in sight to the strains that COVID-19 is putting on Georgians’ work, lives and health. Things in the news now wouldn’t have been imaginable a year ago. Like the venerable institution trying to help their low-income students learn at a time when they can’t get near teachers. Or the 16-year-olds who see a warning on the Atlanta’s PPE supply chain. And there’s still the regular business to attend to, which hasn’t gone away.

We’re rounding some highlights in this week’s notebook.

Clark Atlanta University will re-open its campus this fall, with masks, social distancing and other COVID-19 mitigation measures. And with 4,000 new laptops thanks to a gift from Dell. 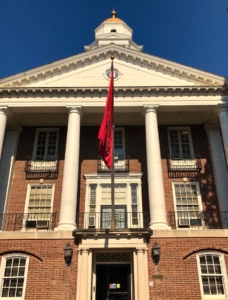 “Many of our students are Pell-eligible scholars and, in many cases, do not have the financial support needed to purchase laptops,” said CAU President George T. French in a press release.

The computers will of course link students to online learning and will be of use in physical classrooms.

A supply chain worry for Atlanta (and students): PPE demand is rising 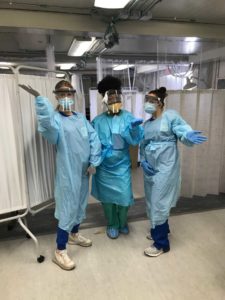 Just within Atlanta, demand is up 300 percent among Paralink clientele in the last two weeks compared to the two weeks before that, Edward Aguilar said on Tuesday.

Paralink helps match demand with supply from other nonprofits, from volunteers, from people in maker spaces, plus drivers and donors who give cash or materials.

Together, they’ve created and distributed some 390,000 pieces of PPE in four states, Aguilar said.

He said the scary part of his data is that the average Atlanta client’s stockpile of PPE has gone from two weeks’ worth to a week. It’s scary to him because the network needs a few days’ lead time between request and delivery.

Aguilar and fellow students set up Paralink when COVID-19 hit home in Alpharetta and interrupted their study on the math behind things like optimal driving routes. Part of the reason for turning their studies to the PPE supply chain was to change the narrative about how a lot of people look at their age demographic, said Aguilar, who is 16.

“You go online, and over the last few months, it’s been awful,” Aguilar said. “You hear college students, you hear students, you see them partying and spreading [COVID-19.] For us, we want people to know that … we’re not all awful! Some of us are out here trying to fight back and fight injustice on a wider scale than traditional models are.”

Voting starts again soon and Fulton has some ideas

With more voting by mail in the future, Fulton’s got to hire more folks with that expertise and set up a smooth way to receive ballot applications.

That’s according to some of the recommendations from a special elections task force, established by Fulton County Commission Chairman Robb Pitts.

Waits and lines and Fulton voter complaints of never having received a ballot for the June primary are well-documented in many places.

Problems started early with a state idea that made applying for a mail ballot very easy but came with technical pitfalls: voters were able to email pictures of their ballot applications to counties. So Fulton’s inboxes overflowed with pictures, some in strange formats, some with many applications in one email — and email attachments are a security risk anyway. Fulton’s election director has already said the needs a website where people submit the picture.

Problems continued with polling places that dropped out and people in a panic over not having received mail ballots heading to vote at venues where they sometimes found hourslong lines. And the machines were new and unfamiliar to poll workers, which didn’t help.

Early voting for primary runoffs starts July 20. Locations are subject to change; the best place to keep up with them is at Fulton County’s voting website. 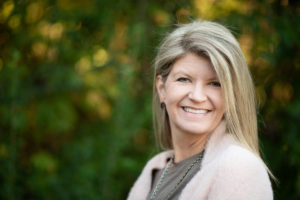 “Allison is a movement builder. She is a convener. She is strategic about building relationships and she is authentic. Her record here speaks for itself. She turned around Covenant House Georgia. She worked very thoughtfully to get the right community support. She substantially grew the board in terms of their generosity and their ability to attract others to the fold,” said Kevin Ryan, CEO of Covenant House International, in a press release. “Under Allison’s leadership, Covenant House Georgia quadrupled the number of young people they served.”

She takes over from president and CEO Rev. Hal Jones, who accepted an appointment by the Bishop of the North Georgia Conference of the United Methodist Church.

Leo Wiener, president of Ackerman Retail, the retail division of Ackerman & Co. and Jill Edwards, commercial lending division manager for United Community Bank, will continue on the Gwinnett Place Community Improvement District board, after a July 8 board vote.