A bird's-eye view of the city. (Photo by Stephen Cook, Unsplash) 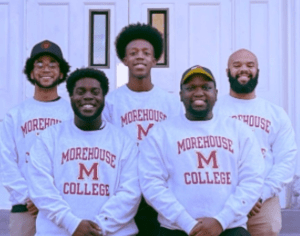 “This win proves what Morehouse has long stood for — young Black men who are nurtured and challenged to reach the highest of expectations can compete with anyone on any global stage,” said Dr. David Thomas, the college’s president.

The four-man team represented 64 Historically Black Colleges and Universities, winning in the final round against Kentucky State University.

Team coach, Robert Myrick, was recognized as “Coach of the Year” by HCASC and said that it feels great to call themselves quiz bowl champions. 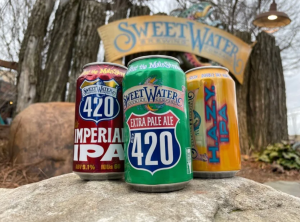 As summer approaches, SweetWater Brewing Company announced its expansion across Arizona with the Hensley Beverage Company. This marks the 42nd state where folks can buy the 10th largest craft brewer in the nation’s beverages.

The news comes just a few months after the brewing company announced an expansion into California, Washington and Oregon.

SweetWater is famous in Atlanta — known for its great brews, the annual SweetWater 420 Fest and its Save Our Water initiative with the Chattahoochee Riverkeeper and Waterkeeper Alliance.

The beverages are crafted at two locations, the primary brewery and taphouse on Ottley Drive in Atlanta and Fort Collins, Colo.

The company is celebrating its 25th anniversary this year. 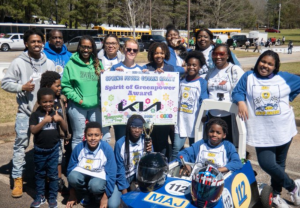 Last year, MAJ was awarded a grant from redefinED Atlanta to help teachers and students innovate and help with learning during the pandemic. MAJ used part of the grant to purchase a Greenpower USA Goblin, a battery-powered race car that reaches speeds of 15 mph.

Calling themselves MAJ “Rapid Racers,” the team competed in the Kia Spring Goblin Rally in LaGrange and performed in the slalom drag and circuit races.

The races engaged the students in standard-based STEM lessons that enhanced critical thinking and problem-solving skills.

Judges of the competition gave “Rapid Racers” the Spirit of Greenpower award for working through adversity, supporting fellow competitors and all-round holding themselves to a high standard in line with the values of the Greenpower project. 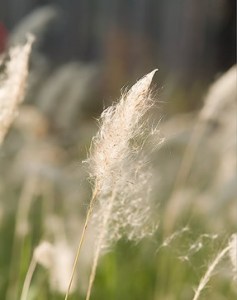 State urges vigilance for one of ‘worst weeds in the world’

The Georgia Forestry Commission (GFC) is urging the public to report sightings of cogongrass, a plant it calls “one of the 10 worst weeds in the world.”

Besides being an invasive species, it produces fluffy seeds that are “very flammable” and can spark wildfires. The plant is in its flowering season, which runs through June.

Cogongrass was introduced to the U.S. from Japan about 110 years ago in packing materials, according to the GFC. Taking root in Alabama, it has since spread into Mississippi and Florida and is working its way through Georgia, Louisiana, Texas, Tennessee and South Carolina.

Most of Georgia’s cogongrass sites are in the southwest part of the state. But it is spreading throughout Georgia, with the GFC’s latest map showing it identified in the metro Atlanta counties of Cobb, Coweta, DeKalb, Douglas, Newton and Paulding.

The GFC will investigate and remove cogongrass at no cost to a landowner. For an identification guide and more information, see the GFC website.

Horizons Atlanta, a nonprofit providing educational programs to underserved areas of the city, is launching its newest location at the University of Georgia (UGA) in Athens.

UGA — the nonprofit’s 10th program site since its launch in 1999 — will launch with 30 students in the Clarke County School District. The program will start with kindergarten and first grade to eventually serve 135 students through the eighth grade.

The new site’s program director is Susan Cardin, an experienced educator who currently works at the Barnett Shoals Elementary School in the Clarke County School District.

Students join the Horizons program by referrals from current teachers and generally stick with the program through eighth grade.

“Establishing a Horizons Atlanta site at the University of Georgia is exciting as we know that the strong partnership between UGA and Clarke County Schools District will support our efforts to help many, many young Athens scholars get the extra help they need to be successful in the classroom and increase their overall well-being,” Executive Director Alex Wan said in a press release. “We are fortunate to have Susan, who lives and teaches in the area, leading this program as she has decades of experience that will ensure our students have every opportunity to learn in a fun and engaging environment.” 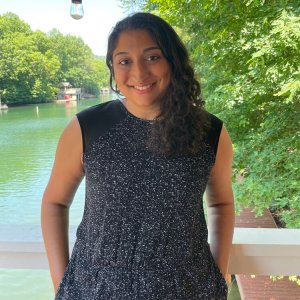 Eighteen innovators — in a pool of 1,400 applicants in 100 countries — were chosen for their work around finding socials to critical social issues like racism, health inequity and poverty.

Atlanta’s Shelly Anand, a co-founder of Sur Legal Collaborative, is among the newest group of fellows. Sur is a nonprofit focused on immigrant and worker rights in the South.

Each fellow receives $80,000 over 18 months and ongoing support through leadership development opportunities, wellness programming and a network of others in similar industries.

“Working across an array of timely and deeply entrenched issues, this class of Echoing Green Fellows expands our view of what is possible when the world’s systems are rooted in justice, equity, and community,” President Cheryl Dorsey said. “These extraordinary innovators should inspire us all to harness our own talents and imagination to support transformational efforts for a more equitable world.”

The East Point Police Department (EPPD) will host a job fair at the Jefferson Park Recreation Center on Friday, April 22.

“With the support of our Mayor and Council, current and incoming officers will be equipped with the latest cutting-edge technology and vehicles to protect and serve this community,” said Shawn Buchanan, chief of the East Point Police Department.

The EEPD is reported to have some of the highest salaries on the southside of metro Atlanta, starting at $52,000 for non-certified officers and $55,000 for certified in addition to a $1,500 educational incentive for obtaining their associate degree and $2,500 for having a bachelor’s degree with a Peace Officer Standards and Training Council (P.O.S.T.) certifications.

Benefits including pension paid time off and sick and annual leave are available. Click here to request an on-site interview.

An Atlanta Fire Rescue Department station on the Westside is getting roughly $25,500 in basic improvements as part of a campaign to improve the 36 aging stations citywide.

Station 38, at Donald Lee Hollowell Parkway and Field Road in Brookview Heights, is the recipient of $15,500 in cash donations and more than $10,000 in in-kind supplies and professional labor, according to the Atlanta Fire Rescue Foundation (AFRF), a private nonprofit that supports the department.

The immediate work includes basics like new lighting, pressure-washing and driveway pothole-patching. If the budget allows, some interior renovations are also on the wish list, such as replacing kitchen cabinets.

Most of the City’s fire stations are aging and outdated, and firefighters and emergency medical technicians stationed in them often have to pay for improvements like furniture themselves. AFRF has long supported improvements via private donations to its Fire Station Fund, which last year directed $150,000 to four stations in Buckhead, Midtown and Southwest Atlanta.

The Station 38 work involves a broader partnership of private and public funders and volunteer partners, including the Atlanta Housing Authority, Neighborhood Planning Unit G, the Atlanta chapter of the National Association of Minority Contractors, Bank of America, J.E. Dunn Construction Company and Lowe’s.

“This is the ideal example of a public-private partnership in support of our Fire Station Fund, which provides a trusted and effective platform for the community to invest in public safety,” said AFRF Executive Director Shirley Anne Smith in a press release. “The men and women who live and work at Station 38 are receiving a much-needed makeover and can appreciate a renewed sense of pride in where they work.”

A transportation special local option sales tax that will appear on the May 24 ballot may include funding for some fire station improvements. Meanwhile, the AFRF continues to seek donations to its fund. For more information, see the AFRF website.

Gov. Brian Kemp has named three influential people to the board of the authority overseeing the redevelopment of Fort McPherson in Southwest Atlanta.

All of the appointments run through 2026.

The former U.S. Army fort sprawls over hundreds of acres along Lee Street and Campbellton Road. Massive redevelopment is underway or planned by entertainment titan Tyler Perry and a company run by megachurch pastor T.D. Jakes.

Former Chamblee Mayor Eric Clarkson joins the team as an economic development specialist, along with retired CEO of the Development Authority of Fulton County Al Nash as a consultant.