Georgia National Guard outside the state Capitol, by the MLK statue on King Day 2021. Security has been heavy, but pro-Trump mobs have not materialized. Credit: Kelly Jordan

The COVID-19 vaccine is arriving, great!

When can you get it? Well…

“The entire state of Georgia is only getting about 80,000 doses a week for the entire state. And you have to keep in mind that we have over 130,000 seniors in Fulton alone.”

“At the rate we’re going, it’s going to take many, many months. You really need to do some of these … big vaccination sites, and we hope that will happen soon, with the availability of new vaccine.”

When vaccine does arrive, Mercedes-Benz Stadium is gearing up to be one of those “big” vaccination sites.

It may take several weeks to get an appointment through the Fulton waiting list.  You can still keep calling pharmacies, Kroger, Pubilx and Ingles and other providers in the meantime to try for appointments.

On to other news in metro Atlanta: 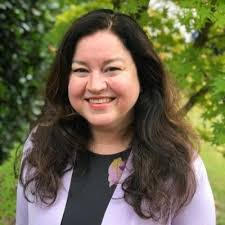 Buck-Vance will partner with Madeline Reamy, who has been EarthShare Georgia’s executive director since 2006. During that time, the two of them worked closely together with Buck-Vance serving two terms as board chair and multiple terms on the board.

Buck-Vance, formerly an associate of Cox Enterprises, is founder of Moon Fox, a social impact strategy, programs and communications consulting agency. In her new role co-executive,

In her role at Cox, she oversaw all aspects of community and employee engagement for Cox Conserves, the company’s national sustainability program, and she played a key role in launching EarthShare Georgia’s partnership with Cox in 2006, resulting in more than $1 million raised to date. 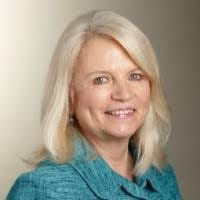 In her role at EarthShare, Buck-Vance will take the lead on business development, communications, and marketing to the broader community seeking support for its nonprofit members.

Through its workplace giving campaigns, EarthShare Georgia has distributed more than $6.5 million to nonprofit environmental organizations.

Conner, who has served as the organization’s senior director of strategic development, stepped in as interim executive director in September after the departure of Kim Karris. 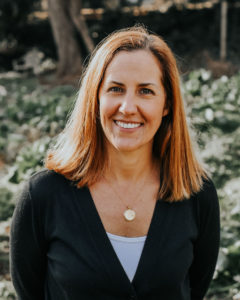 “I am thrilled for this incredible opportunity to lead Food Well Alliance as we head into a new era,” Conner said.

Her number one priority will be to work with Westside Future Fund to complete the Phase 1 renovation of a community center and local food hub located at 970 Jefferson St., a former home of the Atlanta Community Food Bank.

“This will be a place for Westside community members and organizations to come together and strengthen the movement while serving the Westside and beyond.”

Completing and launching a new five-year strategic plan is also at the top of her list.

“We are excited to welcome Kate as our new executive director,” said Bill Bolling, board chair of the Food Well Alliance. “She has the passion, experience, commitment and leadership skills to lead Food Well Alliance and support the local food movement. She will build on a strong foundation of work the organization has achieved in its first five years.”

David Jackson, a Food Well Alliance board member who is a senior advisor on the Federal Reserve Bank of Atlanta’s community and economic development team, agreed.

“We’re really fortunate to have Kate,” Jackson said. “Her prior experience with significant nonprofits like Trees Atlanta and Piedmont Park Conservancy is going to help us grow. I look forward to working with Kate and the local food community to make a meaningful impact for the health of metro Atlanta.”

Fulton County’s development authority has granted enough multi-million-dollar property tax breaks in Midtown,  Buckhead and along the BeltLine that Atlanta City Council and Atlanta Public Schools have asked the county board to stop. 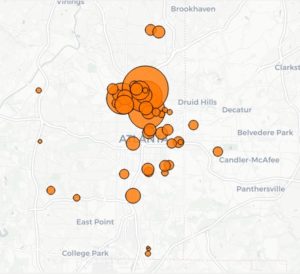 In 2019 and 2020, Fulton’s and Atlanta’s development authorities granted millions in tax breaks in Atlanta, mainly on the north and east sides of town. Click for details.

The city entities say Fulton’s development authority is handing out discounts to developments that will go ahead anyway — giving away millions that would otherwise fund schools, city operations and BeltLine construction.

And that’s where the battle lines have stood for months, in letters, in public actions, in a Zoom courtroom.

And it was about to continue last night in the closing hours of the Fulton County Commission meeting. Commissioner Marvin Arrington had showed up with the idea of removing a seat from the development authority board that Atlanta schools are supposed to get this June.

It’s hard to imagine much of anything that would set the school system off more — APS argues that if property taxes are going to be abated, schools ought to at least have a vote on it.

But when his item came up on the agenda, Arrington offered a modified suggestion: a task force made up of folks from APS, the city of Atlanta and Fulton, to work on recommendations.

After discussion, the commission voted to invite APS and Atlanta City Council for joint meetings to talk all this over.

Fun fact though: No one mentioned the BeltLine, but any property tax abated on the Beltline removes cash from the fund that pays for the multiuse trail.

And that project is so far behind budget that the city of Atlanta is considering another special BeltLine-area property tax to pay for it.

In 2019 and 2020, the Development Authority of Fulton County gave preliminary or final approval to property tax breaks in Atlanta worth $194 million over 10 years.

Atlanta’s own development authority approved about $45 million in such property tax breaks in the same time.

For sale: an hour with an Iconic Mentor

If you want to hang around via video conference with Arthur M. Blank or Shaq or Jovita Moore for an hour, it’ll cost you.

It’ll cost you some amount for a good cause, that is. They are some of the “Iconic Mentors” whose time is up for auction, to raise money Big Brothers Big Sisters of Atlanta this month.

Time of year to plant trees

Tree planting is a winter job.

And Trees Atlanta is on it. They’re inviting folks to help plant a 300-plus tree tribute to late Congressman John Lewis in Freedom Park. The work days will be February 19, 20 and 21. Sign up here.

And Sandy Springs is on it too — a 14-tree heirloom fruit orchard is going up at the city’s Lost Corner Preserve, thanks to Eagle Scouts Will Riley Gibson and Tyler Morgan plus the Sandy Springs Conservancy.

Indie Studios says it is helping pave the way for office spaces of the future.

“The Indie” is indeed an example of the changing nature of work in Atlanta, as a former 35,000 square-foot warehouse on Ottley Drive in Armour has become an office space — this one geared toward designers and creative companies.

By Indie’s math, design-related jobs accounted for 4.3% of the Atlanta workforce in 2016, compared to the U.S. average of 3.6%. The number is projected to grow as Atlanta is the fourth-fastest-growing metro area in the nation.

The redesigned warehouse holds multiple studios and suites, porches, a lobby bar, a reference library and a large front garden. According to a press release, the Indie will also host “cultural programming designed to bring people together around art, film, music, literature, hospitality, design, good vibes and like-minded creativity.”

The space also offers amenities to account for the pandemic, like individual HVAC units for each studio and technology for remote collaboration, like high-quality cameras and audio systems.

The Indie is available for leasing now.

The Atlanta Music Project will have $50,000 more in its pocket to bankroll free music education for students in underserved areas.

The nonprofit was selected as a 2021 awardee of The Lewis Prize for Music.

AMP provides orchestral and choral education, including advanced training for the most talented and dedicated students.