The Atlanta Jazz Festival is this weekend, which promises two fun-filled days for any music lover. Whether you want to visit Piedmont Park in person or tune in from your couch, all your listening needs will be covered. Visit their website to check out the schedule, and those who want to attend virtually can stream the performances for free on Qwest TV.

Other news around the metro area: 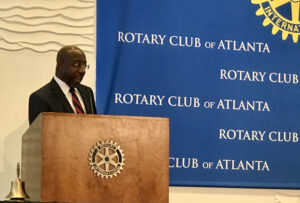 Warnock and Kannwischer were friend partners through the Atlanta Friendship Initiative.

So, Kannwischer did not hesitate to call the senator when he needed help getting 18 recently-converted Christians out of Afghanistan as the Taliban was taking control of the country. The effort worked, and the 18 Afghans were able to get out just in time.

“We use whatever influence we have to do whatever we can do,” said Warnock, who quickly added that the real credit belongs to the men and women serving in the military.

Warnock also shared a personal tale that Rev. Kannwischer talked to him about joining Atlanta Rotary. Warnock explained that as a pastor (for Ebenezer Baptist Church), the one day he got off was Monday.

“And y’all meet on Mondays,” Warnock said. “But the joke is on me. Now I fly to Washington, D.C. on Mondays.”

During his talk, Warnock spoke of the situation in Afghanistan, the Supreme Court decision making it easier for families to get evicted, the coronavirus and the number of children being hospitalized.

But he spent most of his time talking about the bipartisan infrastructure legislation, which he said would be “transformational” on the state’s roads, bridges and public transportation systems. He also mentioned there would be funding for “the Stitch” (a park to be built over the Downtown Connector) and additional funding for the Atlanta BeltLine.

And Warnock also made a case for the human infrastructure bill, which would increase funding for healthcare and social needs.

“We must work on the infrastructure of our democracy,” Warnock said. “Nationwide, our democracy is under attack. Congress must act to protect access to the ballot box for everyone.”

He then predicted that the John Lewis Voting Rights Act would be the first issue the Senate will take up when it returns.

Warnock also explained why he is the junior senator from Georgia even though he was elected the same day as U.S. Sen. Jon Ossoff, and he is older than the “senior” senator.

“He’s the senior senator because his last name begins with an ‘O,’” said Warnock, who was given two standing ovations from Rotarians. 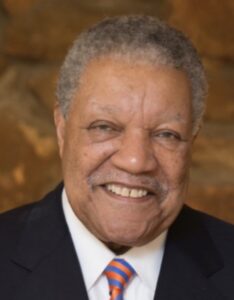 MARTA intends to increase its support of small, disadvantaged and minority-owned financial institutions by depositing some of its federal pandemic relief funds in those institutions.

MARTA’s board is expected to adopt the measure at its Sept. 9 meeting. Fulton County Chairman Robb Pitts introduced the concept at the county level, and the Board of Commissioners adopted it in June. The county has since deposited about $10 million in two minority-owned financial institutions, according to a statement from MARTA.

“By taking this step, MARTA showed that it is more committed than ever to supporting minority-owned financial institutions and the communities they serve,” Pitts said in the statement. “This is a great moment for MARTA and all those that will benefit from this momentous decision.”

In 2019, according to the CDC, 1,585 Georgians died by suicide. With a particularly difficult year and a half in the throes of a pandemic, focus on mental health needs is paramount.

The Georgia Chapter of the American Foundation for Suicide Prevention (ASFP) will hold a virtual candlelight vigil on Sept. 9 to remember those who have lost their lives and commemorate survivors.

AFSP will also host a Sept. 10 panel discussion on mental health needs and suicide prevention, streamed on their Facebook page.

If you’re looking to give or receive support in person, join in on an ASFP Georgia Chapter Out of the Darkness Community Walk, starting this month through November.

The Arthur M. Blank Family Foundation has pledged $500,000 to both the American Red Cross and the Greater New Orleans Foundation to offer aid to the communities afflicted by Hurricane Ida.

“So many are without power and resources are already stretched thin, so it is not only impacting those who were in the storm’s path but also those who’ve been called upon to help those areas get back on their feet,” Blank said in a press release. “We hope to play a small part in helping those communities recover by supporting two organizations providing relief on the ground. We encourage others to join the effort to lift those impacted by this storm.” 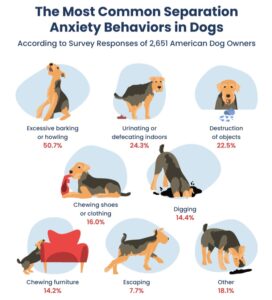 The most common way dogs express separation anxiety is to howl or bark, according to a survey by CertaPet. (Image courtesy of certapet.com)

Georgia dogs rank sixth on the national list in terms of separation anxiety from their companion people, a new national survey conducted by a pet mental health care company shows.

CertaPet conducted the survey as part of its work connecting emotional support animals with humans with mental health conditions. Some individuals benefit from a companion animal. As CertaPet notes in the report: 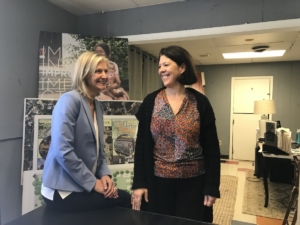 The Grove Park Foundation bid farewell on Aug. 31 to its founding executive director – Debra Edelson. The Foundation’s mission is to revitalize the Grove Park neighborhood that’s part of Atlanta’s Westside. Its goals include improving the quality of life of its residents by working on equitable access to health, education, housing and other amenities.

The Foundation was formed in 2017, and it became Atlanta’s second Purpose Built Community in 2019. Edelson led the efforts to engage with the Grove Park community as well as corporate and civic partners to create a more equitable neighborhood.

She led a partnership effort to bring the Woodson Park Campus with a K-8 neighborhood school, health center and early childhood development center to completion, and another major partnership to construct 110 units of affordable multi-family housing at Canopy at Grove Park.
“We are so grateful for the education, experience and expertise she brought to this role and to serving the Grove Park community, and humbly recognize the lasting legacy that comes with her departure,” the Foundation wrote in an email sent on Edelson’s last day.

When asked about her plans, Edelson said she’ll be staying in Atlanta and taking a breather. She plans to do some consulting work with Purpose Built Communities through the end of the year, before deciding on her next “fulltime gig.”

News of her successor is expected shortly. 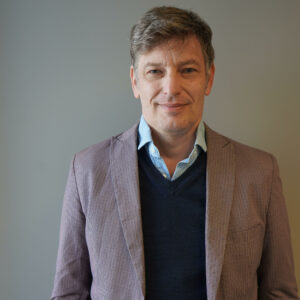 The Goethe Zentrum Atlanta, the German cultural center, held a picnic on Aug. 28 at Grant Park to celebrate its 45th anniversary as a presence in Atlanta.

Goethe Atlanta was first established in 1976 as a branch of Germany’s Goethe-Institut, the premier German culture and language organization. It was later incorporated as Goethe-Zentrum Atlanta, and it has continued to serve as the preeminent non-profit source for German language instruction, heritage and cultural exposure in the southeastern United States.

“After so many months in the virtual space, we are eager to follow Goethe the poet’s example, and enjoy nature together with you, your family, your loved ones, your friends, and your dogs,” Oliver Gorf, Goethe Atlanta’s executive director, wrote as part of the invite. The gathering included German music, Goethe quotes and anecdotes of the nonprofit’s 45 years in Atlanta. 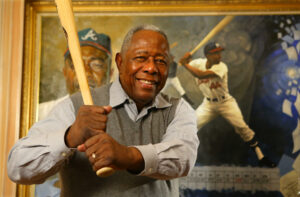 The Truist Financial Corporation has debuted Homers for Hank, a program that pledges to donate $755 to the Henry Louis Aaron Fund for every home run hit by the Atlanta Braves over the next five years, for a total of up to $1 million. The donations will be used to support scholarships for HBCU students and career development programs.

The Henry Louis Aaron Fund was created by the Atlanta Braves Foundation to honor the legendary baseball player and to foster diversity within the sport, on and off the field.

The $755 donation amount represents the number of home runs that Aaron hit throughout his career.

“Supporting HBCU students and graduates will have a lasting impact, and this investment is a way to advance equity for the future,” Chief Digital & Client Experience Officer Dontá Wilson said in a press release. “Hank Aaron proved that diversity makes us stronger, on and off the field. At Truist, we share this belief, and this commitment will commemorate and celebrate his life and legacy.”