You may never have heard of the Office of Malaria Control, nor do you hear of anybody in this state getting malaria, polio or smallpox anymore. That’s because 75 years ago, the U.S. Centers for Disease Control replaced the old malaria office and since July 1, 1946, it’s been battling more and more infectious diseases. So thank you and happy anniversary CDC.

On to other news:

Nope and nope. Those were just the two biggest confusing mistakes that came in June as former candidates began importing campaign contribution records into a brand new state website that promptly listed them incorrectly as 2022 candidates. (The mayoral race isn’t even happening in 2022 — it’s this year, a double mistake that was later corrected.) Explanations are slim, though one ex-candidate says the state is making apology calls.

The Georgia Government Transparency & Campaign Finance Commission did not directly respond to questions, but on June 28 issued a press release alluding to the confusion. It said “extensive computer coding” set the election cycles candidates can file for and indicated there were complaints about not being able to register for 2024 or 2026 races, but did not address the 2022 issue. “An important tip to keep in mind is not all filers are running for office this year,” the press release added, without explaining why the site had presented the likes of Deal and Fort that way. 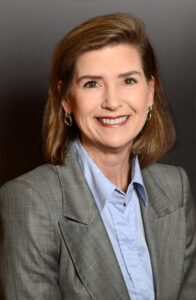 Deborah Silcox, a former Republican state representative from Sandy Springs, was another victim of the confusion and said the reason was simple: “When you go onto the system, the only choice you have, which you have to do… is to file as a 2022 candidate.”

That was extra tricky for Silcox, who lost her seat last year to Democrat Shea Roberts by less than 400 votes and now has unhappy Republicans legally contesting the results, in shades of the Trump elections lawsuits. Silcox says she did not aim to throw fuel on the fire by declaring a 2022 run and instead was just trying to file a normal update about uses of her pre-existing campaign funds. She said she’s undecided about a 2022 run.

Silcox said a Campaign Finance Commission official called her June 30 “and formally apologized to me and said, ‘I have a list of 150 people I have to call back’” — including Deal, after Kemp staffers bombarded the office with calls asking if the challenge was real. The official also joked about wishing there was another $50,000 to fix the coding, Silcox said.

Meanwhile, the commission said anyone wondering if a new registrant is an active or inactive candidate could contact a press spokesperson. But, asked about Silcox’s filing, that spokesperson said she did not know Silcox’s status.

Georgia Lt. Governor Geoff Duncan will be co-hosting the inaugural Breaking Barriers Baseball Classic with L.E.A.D., Inc. co-founder C.J. Stewart on July 13. That’s the same day as Major League Baseball’s All-Star Game was going to be played in metro Atlanta, before the league moved it to Denver to protest Georgia’s election overhaul law.

The players will come from the Georgia Bombers, the organization where one of Duncan’s sons, who is white, plays; and from the L.E.A.D Ambassadors, a team from the L.E.A.D. Center for Youth, an Atlanta nonprofit that uses baseball to teach Black boys to overcome the “curveballs” of crime, poverty and racism

Teams will draft players for a seven-inning game from both organizations onto different rosters. Teams will switch players to give the players a chance to play with people who come from different racial and economic backgrounds. The players will also wear the number “44” on their jerseys to honor MLB Hall of Famer Hank Aaron, who died earlier this year.

“Geoff and I had the opportunity to play baseball at some of the sport’s highest levels – even as collegiate opponents,” said Stewart in a press statement. “This collaboration is arguably one of the most important games of both our lives.”

“I am thrilled we get to host a game that will bring young men together who have one major thing in common – they all love baseball,” Duncan said in the press statement.

When the MLB announced they were moving the All-Star Game, public figures in Georgia expressed their disappointment and concern about how the local economy in Cobb County would be affected by the league’s decision.

Small business owners and economists inside the county believe that the game would have little bearing on Cobb County if the game were still in Atlanta.

DeKalb police created the CSAs to allow the department to provide a more personalized service to the community, so officers can focus on higher priority and emergency calls that will require more armed personnel. Some of the calls that CSAs will respond to are stolen vehicles, vandalism, shoplifting, property damage, street hazards, and assisting motorists.

DeKalb Police Chief Mirtha Ramos intends to send CSAs throughout the county, according to a press release. 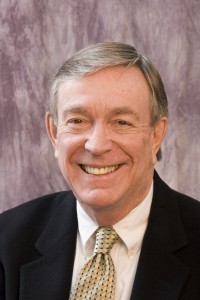 The Ray C. Anderson Foundation has awarded a $300,000 grant to The Georgia Climate Project at Emory University.

The grant is meant to help with the next phase in the project’s mission of understanding the impacts of climate change in Georgia, as well as looking for solutions to prepare for said impacts.

The Georgia Climate Project plans to use the funding to “develop and disseminate knowledge on climate impacts and solutions through webinars, workshops, and an online Georgia climate information portal.”

Priority areas of information will include advancing climate justice and racial equity, as well as investigating ways that Georgia can build resilient solutions to future climate impacts.

The foundation was created in honor of Ray C. Anderson, a carpet executive who was considered a pioneer in industrial ecology for his philosophy to drastically reduce, reuse and recycle while keeping Interface floor coverings profitable. The foundation seeks to help businesses and projects that work for a sustainable future.

Concerts to start again this month 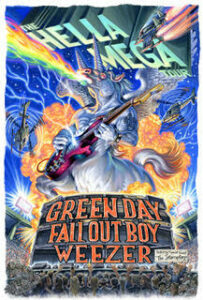 After an over yearlong hiatus from live performances, Atlanta will start hosting concerts again this July.

Some big names will be coming to town, including The Weeknd at State Farm Arena, Alicia Keys at the Cadence Bank Amphitheater, and The Hella Mega Tour featuring Weezer, Green Day, and Fall Out Boy at Truist Park.

Along with shows, venues like The Masquerade will also start hosting other social events again, such as their Indie Dance Party.

With these upcoming events, and Shaky Knees scheduled to happen in October at Central Park, it looks like some life is coming back into the city.

Starting in 2022, Gwinnett County election material will be accessible in several Asian languages..

These additions are to include Mandarin, Korean, and Vietnamese. This change comes after several years of Asian Americans Advancing Justice-Atlanta advocating for the inclusion of Asian languages in elections.

Advancing Justice-Atlanta is a nonprofit legal advocacy organization dedicated to protecting the civil rights of Asian Americans, Native Hawaiian, and Pacific Islanders in Georgia and the Southeast.

“After years of hard work in Gwinnett County to expand language access in Asian languages for voters, we are beyond happy to see that additional languages will be provided to further support Asian American voters in the county,” said LaVita Tuff, policy director at Advancing Justice-Atlanta.

Featured in the campaign is Ilya Kaminski, the chair of poetry in Georgia Tech’s School of Literature, Media, and Communications.

Kaminski was born in Odessa, Ukraine, then part of the Soviet Union. He emigrated to the United States as a teenager. Considered one of the greatest living poets, Kaminski was a finalist for the National Book Award.

“I’m humbled and grateful to be included,” said Kaminski. He will be featured on a full-page ad in the New York Times on July 4th, during the first week of the campaign.

The Carnegie Corporation is a grantmaking foundation that supports education, democratic engagement, and strengthening international peace and security.