Summer in Atlanta is here, filled with sunshine, flowers and… mosquitos? The tiny bloodsuckers are a staple of summertime in Georgia, and that doesn’t seem to be changing anytime soon.

Atlanta was ranked as the second-worst metro area for the pesky insect in a list by pest control company Orkin. Atlanta was previously No. 1 for seven consecutive years, and now Los Angeles is getting a taste at the top. Frankly, they can keep the medal!

On to other city news: 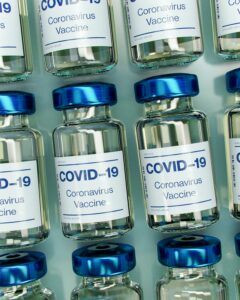 Vaccine card not required for entry

On Tuesday, May 25, Gov. Brian Kemp signed an executive order that prohibits state agencies, service providers and properties from requiring a COVID-19 vaccine card to enter.

Those “state” properties covered by the rule will include colleges, K-12 schools and state prisons, a Kemp spokesman told the Atlanta Journal-Constitution.

The order also bans state employers from requiring their employees to get the shot.

Additionally, vaccination data held by the Georgia Department of Health cannot be given to any public or private vaccine passport program.

“While I continue to urge all Georgians to get vaccinated so we continue our momentum in putting the COVID-19 pandemic in the rearview, vaccination is a personal decision between each citizen and a medical professional – not state government,” Kemp said in a press release.

At least 25 states have proposals surrounding banning the vaccine passports, according to U.S. News.

Is all press good press?

Buckhead restaurant Le Bilboquet is getting a lot of attention — not for its menu or location, but the dress code.

Basketball Hall of Famer and former Atlanta Hawks player Dominique Wilkins took to Twitter to describe his experience at the restaurant. Wilkins posted that he was “#turnedawaybecauseimblack.”

Wilkins said he was given two reasons for why he wasn’t seated: there weren’t enough seats, and his outfit didn’t fit the dress code.

“When I first got there, they said no tables, then they said I was not dressed fashionably enough. I guess if there were no tables, then why the follow up comment?” Wilkins tweeted, adding, “Racism knows no boundaries.”

Issues with Le Bilboquet’s dress code pre-date Wilkins’ visit, with the restaurant’s Yelp reviews filled with comments like “downright racist” and “will not be dining there again.”

One customer shared the story of her visit, saying she had witnessed prejudice against other guests.

“I watched the host cancel a Black couples’ reservation when they arrived because of the ‘dress code’ but my [boyfriend] and I had on outfits that were practically identical to theirs. A dress code was never mentioned to us. (We are white).”

The restaurant later posted an apology to Wilkins, saying, “We in no way intended for him to feel unwanted, and welcome an open dialogue with him. We continue to strive to manifest our dining experience in a way that is exciting and, most importantly, inclusive.”

Le Bilboquet told Eater that changes to the dress policy are in effect, and all current and future employees will participate in diversity, equity and inclusion training.

In my many years in the world, I’ve eaten at some of the greatest restaurants in the world, but never have I felt prejudice or been turned away because of the color of my skin, until today in #atlanta In @LeBilboquetAtl #turnedawaybecauseimblack pic.twitter.com/vh7zuyxH0K

Carter was given the Award of Global Health for her 50 years of mental health advocacy.

Her work began in 1970 while Jimmy Carter served as Georgia’s governor. She’s since created a mental health program at the Carter Center, promoting awareness and advocating for equity and reduced stigma.

“People don’t get help when they need it because of stigma,” she said. “I want my mental health work to carry on even after there is no more stigma which I’m not sure will come in my lifetime, but I hope it will.”

Carter’s grandson accepted the award on her behalf and read a letter written by the former first lady.

“The role of WHO is more essential now than ever, and I applaud all that you have done to encourage a comprehensive response to COVID-19,” Carter wrote. “The mental health and substance abuse consequences [of the pandemic] have been profound and widespread, and the need for effective treatments and services has never been more urgent. My hope is that this is the moment that all nations make behavioral health a priority and create quality systems of care that are equitably delivered.” 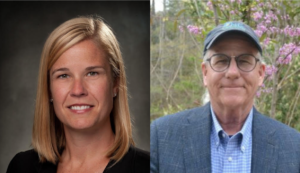 The Chattahoochee Nature Center has selected Natasha Rice as its new president and CEO beginning June 7.

She will succeed Chris Nelson, who announced earlier this year that he would be stepping down.

The Chattahoochee Nature Center is a nonprofit environmental education facility on 127 acres of woodlands along the river. It is the state’s largest nature center, and one of the biggest in the country.

Rice most recently has served as chief administrative officer for the Boys & Girls Club of Metro Atlanta, where she was responsible for working with leadership teams to manage more than 20 locations and a 160-acre summer camp near Athens.

“It is a great honor to lead one of the largest, most prestigious nature centers in the country,” Rice said. “While I thoroughly cherished my time at Boys & Girls Club and those we positively impacted, I am looking forward to connecting people of all ages to nature and educating them about the river’s importance. Our team of widely respected environmental experts, administrators and volunteers serve as our strongest assets and position us well for continued growth.”

In her new role, Rice will work with CNC employees, trustees and other stakeholders to grow the nature center and help it complete its $8.3 million “Bridging. Teaching. Inspiring.” capital campaign.

Construction activities for phase one of the campaign began earlier this year. Fundraising for the second phase will begin later this year. The capital campaign activities include replacing the aging 3,000-foot boardwalk with an ADA-compliant pathway and constructing a pedestrian bridge connecting the CNC’s campus to the boardwalk.

“I am extremely proud of all we accomplished during the past seven years,” said Nelson, who has led CNC since January 2014. “Our talented, dedicated team continues to enrich the lives of many while educating them about the benefits of this unique watershed. I am committed to ensuring Natasha has a seamless transition and making sure she is well-positioned to complete our capital campaign.”

Rice earned a Bachelor of Arts in sociology from Rutgers and Master of Business Administration from Georgetown University. A resident of Sandy Springs, Ga., Rice is married to an attorney and has two children. 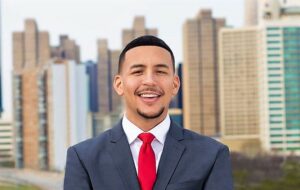 If the kids are caught, and incarceration is the only option, Brown said, “I won’t press charges.”

Atlanta City Councilman Antonio Brown, who is running for mayor on a platform of “reimagining public safety,” says that a group of kids rushed his car and drove off, while he was all of four feet away trying to talk to someone.

“No amount of officers on the force could have prevented this from happening, Brown said. Rather, Brown blames “generational poverty issues” for driving the children to steal. Read more from our Sean Keenan. 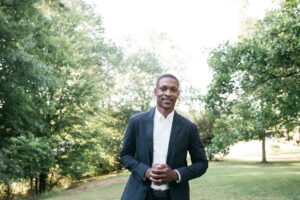 Clarence Blalock, Nathan Clubb and Kelly-Jeanne Lee previously declared campaigns to replace Smith, who said earlier in May she will not seek reelection this fall.

Winston is a Grant Park resident who runs a marketing consultancy called Winston Media Group and is an instructor in social media marketing at Georgia State University. He’s a former chair of the board of the Grant Park Conservancy and its Summer Shade Festival. He also co-chaired a Park Pride visioning committee for the park’s connection to the Atlanta BeltLine. He coaches at the Warren Boys & Girls Club.

“District 1 is experiencing tremendous growth and I want to make sure we work to implement smart and equitable solutions to transportation, public safety, our parks and greenspaces,” Winston said in a press release. 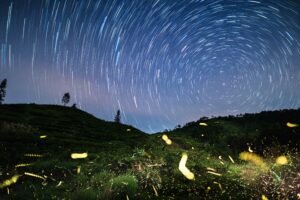 Fireflies weave their warm, flickering light into our collective memories of summertime, and the Atlanta Firefly Project wants to make sure that keeps happening.

The group is asking local volunteers to gather information on firefly populations in Atlanta.

Residents can sign up to monitor the area around their home, whether or not they have a yard. The firefly watchers will then fill out a questionnaire about any sightings and details about the property, including outdoor lighting, mowing habits and insect control.

Call them lightning bugs or fireflies, but the species face population threats due to habitat loss, light and water pollution and pesticides.

Learn more about the Atlanta Firefly Project and how to volunteer.

The transition of power at Georgia Power is nearly complete.

Tom Fanning, CEO of the Southern Co. (Georgia Power’s parent company), announced at its annual meeting Wednesday that Chris Womack will assume the roles of chairman and CEO effective June 1.

Womack had been named president of Georgia Power in November 2020, succeeding Paul Bowers in that role. Bowers, who has led the utility for more than a decade, will officially retire as Georgia Power’s chairman and CEO also on June 1.

“As I shared eight months ago when I came back to Georgia Power, it is an exciting time to be a part of this company,” Womack said in a statement. “We’re not only making history as we move closer to bringing online the first new nuclear units in the U.S. in decades, we are also growing and evolving as a company.”

Fanning described the moment as bittersweet, saying that he and Bowers had been friends and colleagues for more than 40 years. “(Paul) has always excelled on behalf of the entire organization,” he said.

In talking about Womack, Fanning said “his record of public service will prove invaluable” for the company. “I look forward to working with Chris as he bolsters Georgia Power’s great legacy of service and citizenship.”

The leadership announcement as the company is expected to bring on Vogtle 3 & 4 – the first new U.S. nuclear power plants in decades – within the coming year. Georgia Power also announced this week that it will invest $75 million in social justice and racial equity over the next five years.

“We will continue to stand together with our neighbors to address these issues because we want to be a part of shaping a future where all Georgians can thrive,” said Womack, who joined the company in 1988. “Every day our team works to be a positive force in our communities in so many ways, whether it’s financial investments or volunteerism, because we believe that together we can make a bigger impact.”

Previous Article
Committee for a Better Atlanta to kick off candidate forum season June 8
Next Article
ExxonMobile’s board toppled by two funds that went after Southern Co. in 2020