A new mural celebrating the businesses, institutions, and events of Auburn Avenue’s history, in the works Aug. 15. It's by Amec Foster Wheeler and Signature Design, and is part of the Auburn Avenue History and Culture Project. (Photo by Kelly Jordan)

Republicans and Democrats made their presidential nominees official — no surprise nominations at either convention.

Closer to home, perhaps a few hundred people returned to Atlanta streets Tuesday after yet another black man was shot by a police officer. This time, it was Jacob Blake, paralyzed after being shot in the back seven times by a Kenosha, Wisconsin officer.

The Atlanta Dream and Atlanta United joined the NBA in boycotting games to protest the shooting.

Atlanta’s awful sidewalks are back on City Council’s agenda, with a resolution from east side District 2 Councilman Amir Farokhi that requests members of Mayor Keisha Lance Bottoms’ administration to propose some ways to fund fixes. 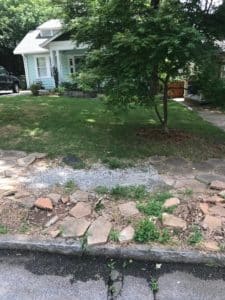 It would cost some $750 million to repair Atlanta’s sidewalks and to install sidewalks on one side of every street in the city, according to a memo to Council members from the city’s transportation commissioner. That figure doesn’t count any deterioration or population growth and shifts that would take place in the 30 years it would take to do all the work.

The sum is only for sidewalks. Not bridges, and not roads. Atlanta’s already been sued by a group of wheelchair users who say the sorry sidewalks deny them equal access to the city.

Nobody is anti-sidewalk, but basically every city at all times has more infrastructure projects to do than they have money. Getting more money tends to involve politically painful or difficult fees or taxes.

“We need to start working on how do we find funding streams and mechanisms to pay for [sidewalks] and streets and everything else. And so this resolution is intended really to push us in that direction,” Farokhi said at the Wednesday meeting of the Atlanta City Council Transportation Committee.

The committee unanimously passed his resolution.

But Fernandez felt a celebration was in order, and the nonprofit brought together its stakeholders in a virtual meeting earlier this month. 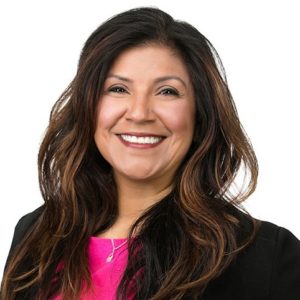 that Achieve Atlanta’s vision is for the city to be a place where “race and income no longer predicts outcomes.”

Back in 2014, the Community Foundation for Greater Atlanta and the Joseph B. Whitehead Foundation zeroed in on one of Atlanta’s greatest weaknesses. Of the students entering the 9th grade at Atlanta Public Schools, only one in seven were projected to earn a post-secondary degree within six years of high school graduation.

The Whitehead Foundation helped launch Achieve Atlanta with a $20 million grant to see whether an intense focus the students’ needs combined with scholarship dollars could move the needle.

So, here are highlights of the five-year report card:

Metro Atlanta’s population was about about 63,600 higher in April this year compared to the April before, according to a new annual estimate from the Atlanta Regional Commission.

It wouldn’t take many more people — about 71,000 — to fill Mercedes-Benz Stadium.

Population growth is the fastest out in the far suburbs: about 2.5% year-over-year in Cherokee and Henry counties both.

But for plain gain in population, the 15,500 jump in Gwinnett leads the metro pack.

The city of Atlanta is now home to about 478,000 people, according to the ARC’s math.

If you heard Atlanta’s population has gone over 500,000, that comes from the U.S. Census.

Demographers look at things like births, deaths and building permits to estimate populations, but everybody’s formula is a little different. Hence the different estimates.

Grant aimed at keeping girls in P.E., and healthy

At about middle school age, more Georgia girls start to choose to opt out of P.E. compared to boys. It’s marked by girls’ health metrics starting to decline.

So, fueled with a $4.1 million grant from The Atlanta Falcons Youth Foundation, part of the Arthur M. Blank Family Foundation, and other donors, the nonprofit HealthMPowers is setting up a a five-year program for girls, by girls. The idea is to reverse that health decline.

The goal is to reach and motivate almost 200,000 girls to get moving and to engage their communities.

Sheltering Arms, one of the largest and the longest-established early childhood education providers in Georgia, has announced a partnership with the Global Gift Registry, a community-led  global organization that channels the resources of diverse women to support to homeless women and  families in vulnerable communities.

Similar to a traditional baby shower gift registry, donors can use emails, text messaging, and social media to work together as “hostesses” who solicit their networks for donations and gifts.

Sheltering Arms’ online registry calls for essential items, including diapers, strollers, car seats, learning and school supplies, and household and cleaning supplies, as well as personal hygiene items for males and females. The campaign will be active for three weeks and can be found at globalgiftregistry.org.

“I’m excited to ‘shower’ the city of Atlanta with love and support of the Global Gift Registry,” said Jacqueline Nickelberry, a philanthropist, lifestyle guru and Spelman graduate who co-founded the registry. “The Registry is essentially an online baby shower with a range of price points, which provides an easy ‘click-to-give’ platform for donors to give essential products to Sheltering Arms.”

After temporarily closing in mid-March, Sheltering Arms shifted its focus to relief efforts for enrolled families most impacted by the pandemic, many who rely on the organization for food and diapers during the school day.

Bank of America is sending personal protective equipment, including 146,000 masks, to places like Morehouse School of Medicine, Atlanta Public Schools and 12 other partners, to try and get resources to vulnerable and undeserved communities hit the hardest by COVID-19.

The company has made $1 billion, four-year commitment of support to help local communities address economic and racial inequality accelerated by a global pandemic.

And this donation is in addition to four million masks the company donated earlier this year across the country.

Ben Deutsch, retired vice president of corporate communications at The Coca-Cola Company will be the new chair of the board of Covenant House Georgia. CHGA is a shelter and service provider for youth overcoming homelessness and escaping trafficking in metro Atlanta which has served more than 19,000 young people since 2000.

Deutsch joined the board in 2013. Outgoing chair John Ridall, retired president of the southern division of Comcast Cable, will remain on the board as the chair of the Capital Campaign/Construction Committee.

With increased demand for its services, CHGA is in the final stages of a multi-million dollar capital campaign that will support the growth of its crisis shelter and a new on-site transitional housing facility, and enhance support services. The new project is expected to break ground in the fourth quarter of 2020.

Show’s over for Atlanta Movie Tours