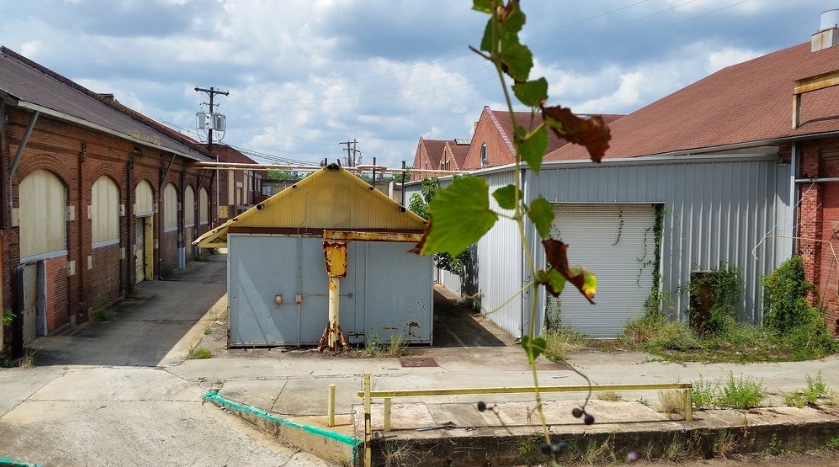 Traveling down Windsor Street just south west of downtown, one will discover a railroad wonderland – the actual Terminus in the Walking Dead television series.

Looking through the fences and overgrown kudzu that surrounds the compound of railroad buildings stimulates one’s imagination. This could be a city within a city. This could be a development that takes Atlanta back to its origins. This could be our city’s future. 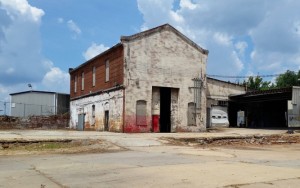 787 Windsor St., which is being fixed up by Ric Geyer (Photo by Terry Kearns)

Or it could remain a sealed off, vacant and underused piece of real estate located next to railroad tracks serving only freight trains rather than also being a place for people to live, work and play – and one day reach by passenger rail.

I came across these buildings when I went to visit my friend, Ric Geyer, who has recently bought several adjacent buildings at 787 Windsor St.

He is the one who told me the buildings next to his property are owned by Norfolk Southern. Usually railroads are reluctant to sell or co-develop their land holdings.

As a result, I have seen various plans and proposals sit on shelves – never getting built – partly because it has been difficult to work out a reasonable deal with the railroads. 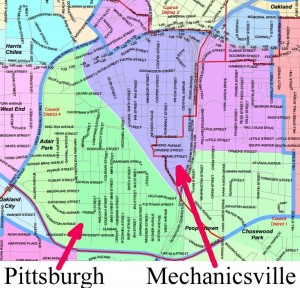 How many decades have we been waiting for development to occur in the railroad gulch downtown?

Instead a dead zone remains.

Next to the gulch are two of the most attractive buildings downtown – Southern Railroad’s former headquarters now owned by Norfolk Southern. For years, developers have envisioned turning those buildings into downtown residences – connecting Castleberry Hill with the central city. 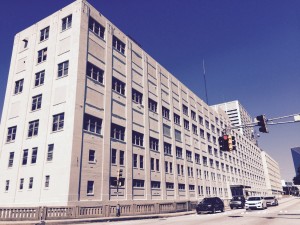 So our cities and communities get held back because of the dead zones that separate centers of activity – dividing people rather than uniting them.

There probably is no better example of the value of railroad land than the Atlanta BeltLine along the Eastside Trail – the once a lightly-used rail line has been transformed into the city’s most energetic corridor.

But this column is not about abandoning our rail corridors. Quite the opposite.

Let us improve and leverage our existing rail infrastructure – use them to move people as well as freight. Then let’s revitalize and develop the land around new passenger stations or stops.

Historically, railroads have shunned passenger service – believing that trains carrying people get in the way of their core freight business.

As a result, the general population has quit thinking about trains as a mode of transportation. And railroads have quit taking a multi-dimensional view of how they can contribute to the quality of life of our cities and towns along their rail lines. 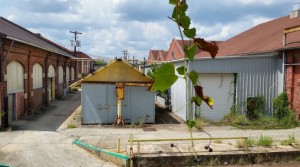 Somewhere along the way, railroad companies have misplaced America’s playbook – the interdependent relationship between transportation and development.

More than a century ago, Atlanta developers Joel Hurt and Richard Peters understood that relationship when they privately built streetcars to make their Inman Park and Midtown neighborhoods (respectively) attractive to homebuyers.

Let me put it another way.

Railroads are perfectly positioned to leverage their rail corridors and their existing real estate holdings by becoming a catalyst in the creation of next generation communities. 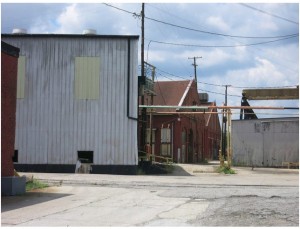 Then there is Norfolk Southern’s rail line connecting the Doraville MARTA Station with Gwinnett County – could the Clayton County model work in Gwinnett? Of course.But the key is having Norfolk Southern and CSX on board as enthusiastic partners. After all, it’s in the railroads’ own best interests (even if they don’t yet realize it) to encourage deals to happen. Not only will their land holdings become so much more valuable, but railroads will become so much more relevant in people’s lives.

Back along Windsor Street, the buildings are stunning.

Ric Geyer is bringing attention to this section of Mechanicsville by cleaning up the elegant 787 with plans to turn it into an artist colony with several amenities including a food market, a lumber recycling center and other possible retail. He is including people from the community to participate in all aspects of his project.

But one can’t help but look over the fence to the railroad village that sits between 787 and the tracks. 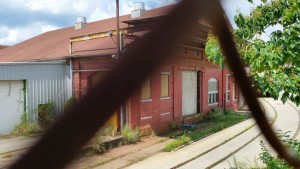 If Norfolk Southern were to entertain selling those buildings or entering into a joint venture with developers, it would transform that part of Atlanta. Unlike Atlantic Station, this would not be a modern adaptation of an urban center. This would be breathing new life into buildings that date back to the early 1900s when Atlanta was truly a railroad town.

Terry Kearns, Atlanta’s own Architecture Tourist, recently toured the area and posted photos on his website. I asked his permission to run some of his photos and link to his post.

“When Ric and I did a lightning tour, I was overwhelmed, didn’t know where to take even one picture while we were in the RR (railroad) shops,” Kearns wrote back in an email giving me permission. “They were colossal and beautiful.”

Now we both want to return and take a more leisure look at this secret treasure in our city. Maybe we could even get our friends at Norfolk Southern to come join us.

Note to readers: This is the second of two columns on the potential of railroads to improve our communities. Here is a link to last week’s column. 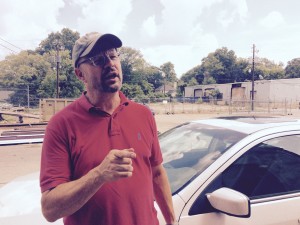 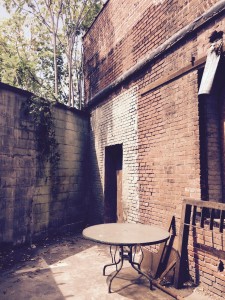 A special corner at 787 Windsor Street (Photo by Maria Saporta) 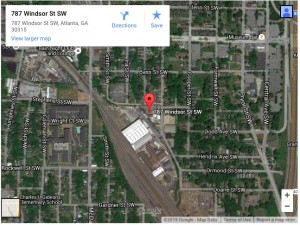