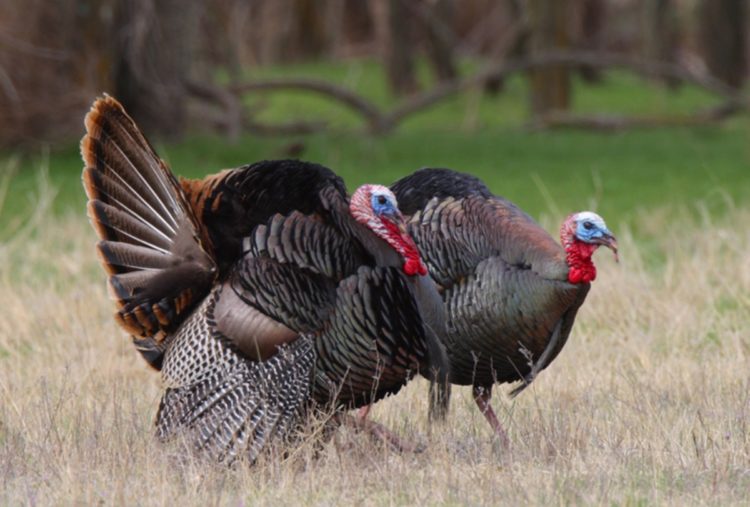 Georgia is updating its turkey management plan, through 2026, and intends to protect the interests of the birds, research, hunters and others with interest in the eastern wild turkey. Credit: statesymbolsusa.org

The success of Georgia’s efforts to replenish the wild turkey population is evident in the numbers – a 24-fold increase in turkeys since 1973, to more than 400,000 birds. These figures are relevant in light of the proposed update of the state’s strategic turkey management plan. 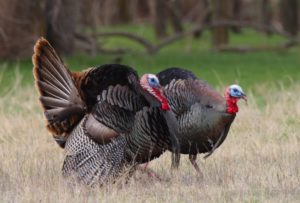 Georgia is updating its turkey management plan, through 2026, and intends to protect the interests of the birds, research, hunters and others with interest in the eastern wild turkey. Credit: statesymbolsusa.org

The state is updating its plan to manage the turkey population through 2026. The public comment period closes Oct. 20.

The turkey management plan speaks to the familiar arch of Georgia history, one that appears in so many seemingly disparate places. Although the plan is framed for hunting the birds, the bird’s resilience in the years since before the Civil War shines through a collection of state reports.

By the 1850s, the turkey population was decimated in Georgia. Well-intentioned advocates convinced the Georgia Legislature in 1859 to pass a law to protect turkeys by establishing a hunting season – from April 10 until Oct. 1. The penalty was a fine or imprisonment, with half of any the fine to go to the informant or prosecutor.

The law had barely a year to work.

Georgia delegates voted on Jan. 19, 1861 to secede from the Union, according to a report on georgiaencyclopedia.org. The state’s latest report on turkeys didn’t mention the Civil War. Here’s how the report handled the war’s impact on the turkey protection law:

The rebuilding effort began in the early 1900s on various privately owned land. 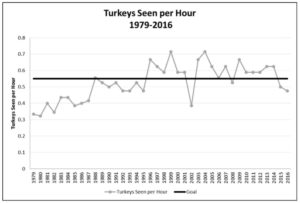 Georgia wildlife officials hope to maintain a turkey population that results in 0.55 turkeys being sighted every hour, over a four-year average. Credit: georgiawildlife.com

The state joined the effort in the 1940s. Georgia established a turkey refuge in McDuffee County and adjoining counties. By 1948, the population had grown to the point that birds were relocated to land now known as Berry College Wildlife Management Area.

Georgia’s policy shifted in the 1950s to a breeding program. The survival rates weren’t good and the program was abandoned in the 1960s.

Over the coming decade, the state is focused on maintaining a turkey population that provides for the best interests of the birds, research, hunters, and others who have an interest in the birds.

Hunting is a primary focus of a statement DNR released:

In order to gather public input on the proposed 2017-2026 turkey management plan, the Georgia Department of Natural Resources has scheduled a total of four meetings on Wednesday and Thursday. None is in metro Atlanta.

Public comments can be sent electronically or in a written format.