The rising number of power disconnects and accounts past due in Georgia is a reality check as a new survey shows financial stress is a serious threat to the nation’s mental health. 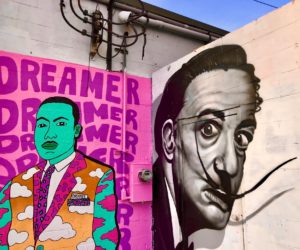 Salvador Dali’s iconic face may speak to the surrealism of some electrical bills. Credit: Kelly Jordan

Georgia Power ended its temporary suspension of customer disconnects on July 15. The state’s largest provider of electricity had waived suspensions in the early stages of the pandemic and now advises customers to consider an installment payment plan if they struggle to pay their bill. The company serves about 2.6 million customers, including business and residential accounts.

The power shut-offs are a stark reminder of the Dec. 31 expiration of the temporary ban on evictions of renters imposed by the Centers for Disease Control and Prevention. The CDC’s order, dated Sept. 4, contended its purpose was to prevent the further spread of COVID-19 by banning landlords from evicting tenants for non-payment of rent. Georgia is among the states where the order is the subject of a lawsuit asking a federal judge to void the order. 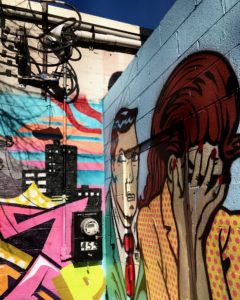 Edvard Munch’s painting, ‘The Scream,’ is evoked in the portrayal of a woman cringing near a utility meter. Credit Kelly Jordan

Meanwhile, a mental health crisis is growing in the U.S., according to results of the annual Stress in America survey released Oct. 20 by the American Psychological Association. APA has conducted the survey since 2007.

Financial stress is a major factor – 64 percent of respondents say money is a significant source of stress, and 52 percent say they have experienced negative financial impacts during the pandemic.

The report begins with the observation that stressors that existed before the pandemic continue. Compounding this stress from the pandemic. APA said it felt compelled to issue the following warning: 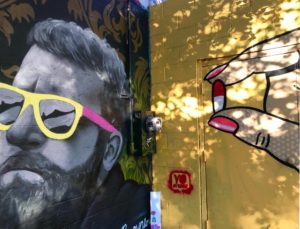 Several solutions are suggested to cope with the bill that will result from the utility meter. Credit: Kelly Jordan

Harris Poll conducted the survey on behalf of the APA from Aug. 4-26 of 3,409 adults aged at least 18 years, and of 1,026 teens aged 13-17 years. No sampling error was available because respondents agreed to participate.

Previous Article
You can take a limo to the polls to cast your ballot on Election Day
Next Article
Georgia Power’s Paul Bowers planning to retire; Chris Womack to become CEO