Robber barons, Methodists, and a new university in Atlanta 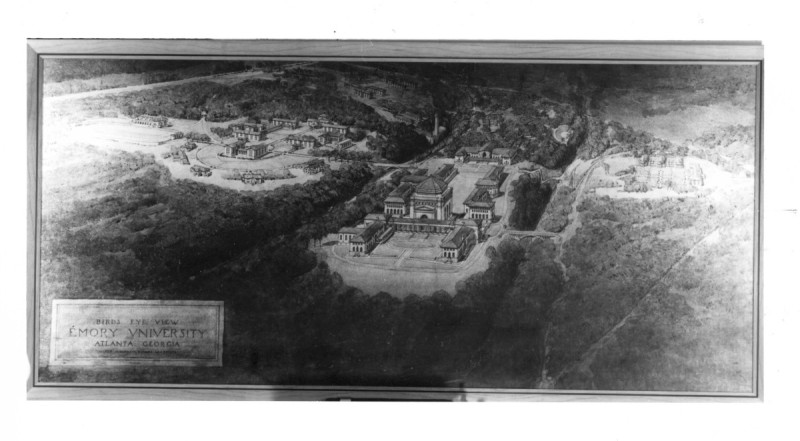 This week, guest columnist GARY HAUK of Emory University tells the story of the school’s beginning.

The Methodists outnumbered the robber barons, but for the sake of a good story, the key players were two of each.

The first RB (robber baron) was Cornelius Vanderbilt — “the Commodore.” A railroad and shipping tycoon, he gave a million dollars to Central University in Nashville, Tennessee, in 1873. Chartered just a year earlier by the Methodist Episcopal Church, South, the infant university promptly and gratefully changed its name to Vanderbilt.

The second RB was Andrew Carnegie, the Pittsburgh steel magnate and library philanthropist, who in 1913 gave another million dollars to Vanderbilt University for its medical school. Long wary of religious dogmatism, Carnegie stipulated that his gift hinged on the school’s board of trustees having no religious affiliation. Naturally, this proviso did not sit well with Southern Methodist bishops. They believed, after all, that they had founded the university and could appoint its board.

An argument with the university’s chancellor grew, and a lawsuit between the church and the university ensued.  In March 1914 the Tennessee Supreme Court handed down a decision that led the disgruntled church to sever its long relationship with Vanderbilt.

Determined to have a new university in the Southeast, the bishops asked — where?

Several southern cities stepped up to volunteer, including Birmingham and Atlanta. Birmingham had much to recommend it, including a booming industrial base, and it was already home to the Methodist-founded Birmingham College (later Birmingham-Southern). The church’s Educational Commission, charged with deciding the location of the new university, met in Birmingham that June to survey possible sites and meet with civic leaders. In July the commission traveled to Atlanta for a similar review of options.

And then, thanks to our two Methodists, things got interesting.

The Educational Commission was chaired by a Southern Methodist bishop named Warren Candler, who had graduated in 1875 from Emory College. The college had been founded by Methodists in 1836, in the little town of Oxford, 40 miles east of Atlanta. Candler had returned to Emory in 1888 to serve as the college’s president for 10 years before he was elected bishop.

That year — 1888 — also happened to be an auspicious year for the Candler family for reasons other than Warren’s college presidency. It was the year that his oldest brother, Asa, bought the formula for an elixir that had been invented by Atlanta druggist John Pemberton. Called Coca-Cola, the beverage would make Asa Candler and his investors almost as wealthy as those northern robber barons — but without the alleged robbing. 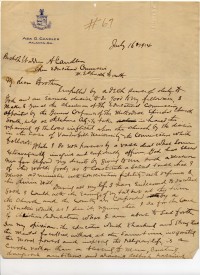 When the Southern Methodist Educational Commission met in Atlanta in July 1914, Birmingham may have felt that the deck was stacked against it. Sure enough, the commission received a letter from Asa Candler pledging a million dollars to help establish a new university. While Candler didn’t specify where the university should be built, the commissioners could read the Atlanta postmark. The city chamber of commerce graciously added its own pledge of an additional half-million dollars. Asa Candler would later sweeten the deal with 75 acres next to the new suburb of Druid Hills that he was developing, some five miles from downtown. You can almost hear Candler saying to Andrew Carnegie, “I’ll see your million and raise you 75 acres.”

To get a sense of the size of Asa Candler’s gift, the website www.measuringworth.com calculates that $1 million in 1914  would be the equivalent of $24 million today. According to the Consumer Price Index, it would equal $143 million in per-capita GDP, or $445 million in relative spending power in the total economy. In any case, it was a lot of money, though far less than what would it would take to build a new university.

Within two months a new theology school (the Candler School of Theology) opened its doors in downtown Atlanta, and on January 25, 1915, Emory University received its new charter, taking its name from the little college in Oxford. In 1915 the Atlanta Medical College merged with Emory to become the university’s school of medicine, and the next year both a law school and the theology school opened their new doors in Druid Hills. When Emory College moved to Atlanta in 1919 the transition was complete.

In the meantime, 1915 had proven itself to be a difficult year for Atlanta in other ways. Europe was in the midst of “the war to end wars,” a bloody catastrophe that would take the lives of tens of millions and eventually would draw the United States — and many Atlantans — into the conflict. Closer to home, the American South was slipping more deeply into the clutch of Jim Crow laws. In August 1915 Leo Frank was lynched, and three months later the Ku Klux Klan was reborn atop Stone Mountain.

If there was one bright light shining into the future that year, it was the city’s determination to help build a new university. A century later, the city and the university have helped each other achieve a maturity and stature that might surprise those Atlanta Methodists if they returned tomorrow.

Gary Hauk is vice president and university historian at Emory University.  He also sits on the board of Georgia Humanities.