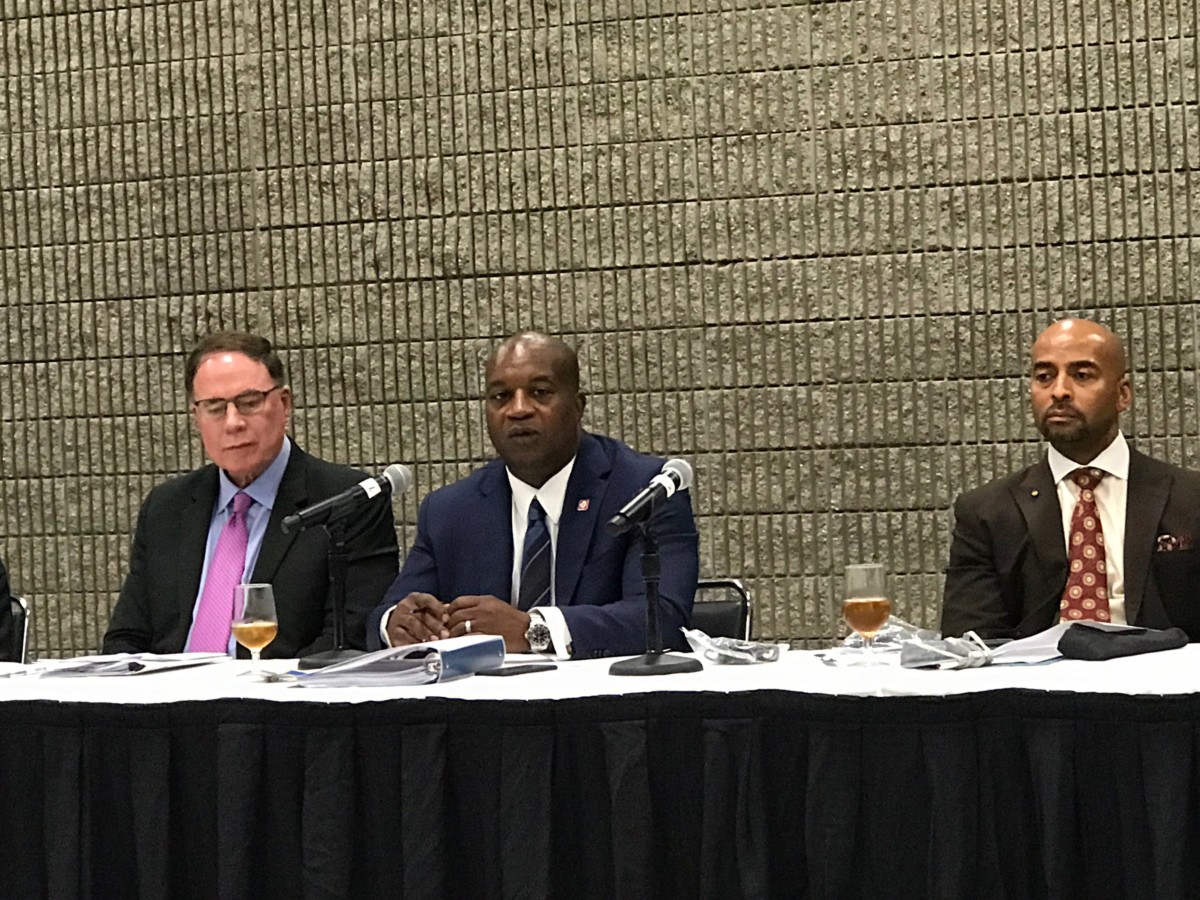 As the American Public Transportation Association is holding its Expo in Atlanta this week, there is much chatter among professionals about who might become the next CEO of MARTA.

But Robbie Ashe, chairman of the MARTA board, did dispel one rumor – that a possible candidate could be Atlanta Mayor Kasim Reed, whose two terms as mayor will end in January.

“I’ve gotten no sign from Mayor Reed that he’s interested in the job,” Ashe said in a brief interview before an APTA media lunch on Tuesday at the Georgia World Congress Center. “Obviously his support for public transit has been exceptional. But I have seen absolutely no indication that it’s on his radar.” 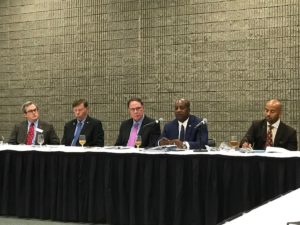 MARTA Chairman Robbie Ashe, on the far left, at an APTA media luncheon on Tuesday. Next to Ashe are APTA leaders Jeff Wharton and Dick White listen to Nat Ford, who is sitting next to outgoing MARTA CEO Keith Parker (Photo by Maria Saporta)

Ashe also made it clear there would be a national search for a new MARTA general manager to replace outgoing CEO Keith Parker, who is becoming the CEO of Goodwill of North Georgia.

The MARTA board recently hired Krauthamer & Associates of Chevy Chase, Maryland to conduct the search. Krauthamer is a boutique search firm that specializes in transit agency executive searches, and coincidentally, it currently is looking for a permanent CEO for APTA, the largest transit industry association in the country that is meeting in Atlanta this week.

Ashe said Krauthamer was the unanimous choice of the five-person MARTA search committee, which is chaired by Fred Daniels, a past board chair.

Interestingly enough, former MARTA general manager Nat Ford is the 2017-2018 chairman of APTA. Ford currently is CEO of the Jacksonville Transportation Authority, where he has been for the past five years.

Asked whether he might be interested in returning to Atlanta to head MARTA, Ford sounded committed to staying in Jacksonville.

“I have very fond memories of my time here at MARTA,” Ford said in an interview. “MARTA gave me the opportunity to be a CEO, and I learned a lot of lessons that have served me well in San Francisco and Jacksonville.”

Then when asked if he was interested in the MARTA job, Ford said: “I have a very robust opportunity in Jacksonville… I’ve got more than enough on my plate, and I’ve committed to the people in Jacksonville that I’d see those projects through.” 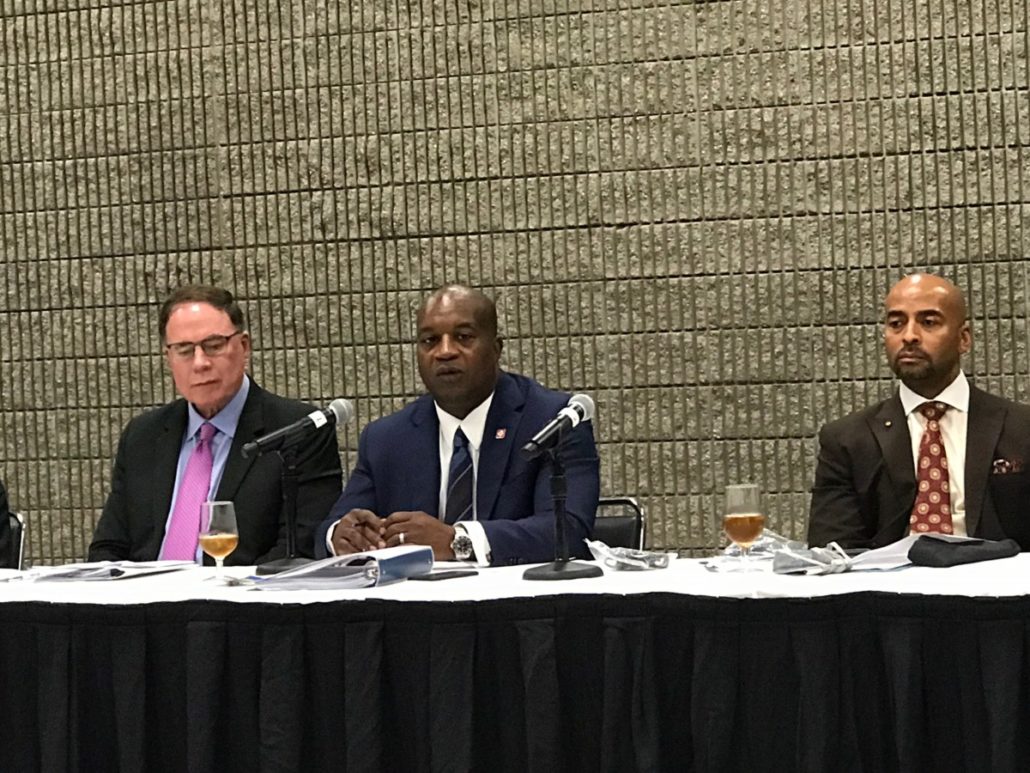