‘Rocketman’ – a jukebox version of Elton John, who deserves more 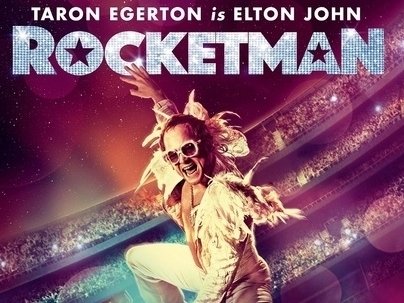 Going in, you already know that last year’s unexpected hit, “Bohemian Rhapsody,” would be either the best thing or the worst thing to happen to “Rocketman,” the new Elton John movie.

The parallels are so strong: similar time frames, similar problems (being gay in a pre-woke world), similar storylines (success is more likely to bring cocaine than happiness).

Unfortunately for John and his multitude of fans, the coin toss comes down in Freddie Mercury’s favor. It’s not just a matter of it reaching theaters first. It’s that the Queen movie had a certain bouncy insane joy. 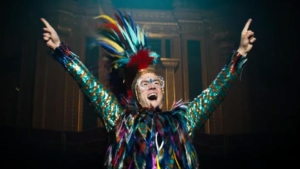 “Rocketman” – a story of Elton John

“Rocketman” feels so old-fashioned and, at times, swooningly tragic, you almost expect Judy Garland to walk in (speaking of whom, Taron Egerton, who plays John, sometimes seems to be doing both Vicky Lester and Norman Maine from the 1954 “A Star is Born.”)

The movie begins with John backlit and in full satin, plumes, and glitter, striding towards us. But he’s not headed on-stage. He’s going to an AA session, which – ouch – will provide the lame framework for his story.

See, Elton wasn’t always a prancing self-involved drama queen addicted to coke, chocolate, and shopping (Throw in anger management issues, too). In the dishwater-dull ‘50s he was little Reggie Dwight, a musical prodigy and achingly unhappy son of a shrill mother and distant father.

But to paraphrase the Pinball Wizard, whom he later plays in the “Tommy” movie, the boy sure plays a mean piano. His rise to the top isn’t without bumps (dismissive music producers, closeted sexuality, crushing insecurity), but, in the film’s one soaring moment, he makes it to the Troubadour in L.A. and sets the place on fire.

That he does so with, “Crocodile Rock,” a song he hadn’t yet written, is an indication of other, um, untruths the movie apparently deals in. But since the producer is Sir Elton himself, I don’t think they’re unintended. 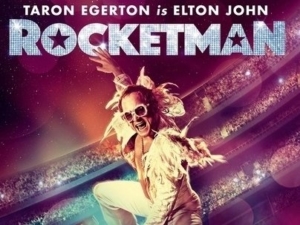 However, the bigger he gets (never literally, as in, fat; remember John is the producer), the more isolated and debauched he becomes. A snaky manager (Richard Madden)) is the main villain, but I’d say the sheer familiarity of Rock-Star-In-Extremis is the bigger problem. We’ve seen this sex-drugs-and-rock’n’ roll show before – not just in “Bohemian Rhapsody,” but also “Walk the Line” and “Ray,” every version of  “A Star is Born” ever made and at least a dozen others.

Even John’s interaction with his younger self lacks originality.  Anyone remember Kevin Spacey’s doomed Bobby Darren flick, “Beyond the Sea?”

Egerton definitely deserves some love for his committed performance. He does his own singing, his own dancing and he can carry the dramatic bits. Even better is the too-little-seen Jamie Bell who’s just lovely as Bernie Taupin, John’s longtime lyricist. To the film’s credit, he’s the one who gets to croon “Goodbye Yellow Brick Road.”

Which brings up another of the film’s strengths: the Elton John songbook is just so terrific, so loaded with hits, that you might enjoy the movie better with your eye closed.

But John deserves better, and so do we. At its sequined core, “Rocketman” seems little more than a jukebox musical (a la “Jersey Boys”), dropping by the movie theaters en-route to its true home on Broadway.

Where I might…might…be glad to see it.

Previous Article
A year in philanthropy: Atlanta is what you make it
Next Article
The ATL by Kelly Jordan