Rockspinner public artwork to depart Midtown, successor to be in place in May 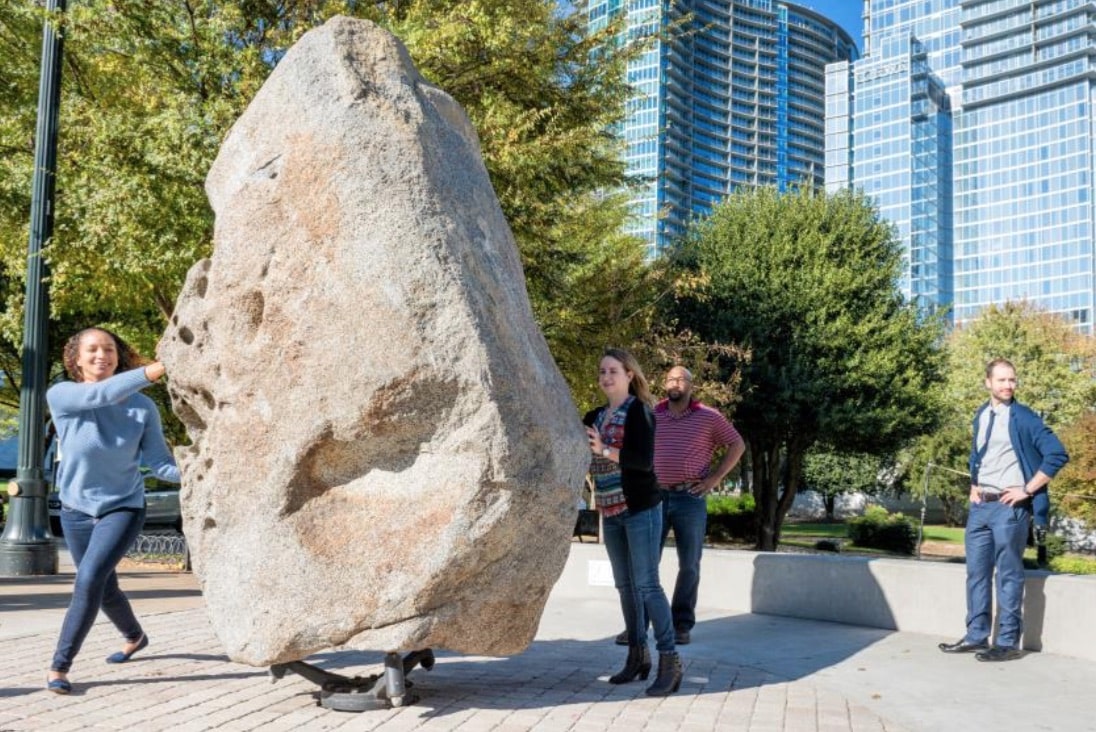 Midtown Alliance is replacing the Rockspinner art installation, located at the northeast corner of the intersection of 10th and Peachtree streets. Monday is the deadline for proposals from artists for another public artwork that is to be placed at the site. 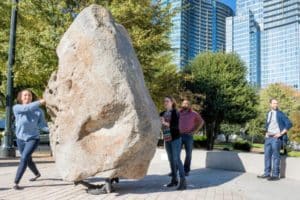 Rockspinner, the public art installation in Midtown, is to be removed this Spring and replaced by another interactive artwork. Credit: midtownatl.com

The timetable is aggressive. Proposals are to be reviewed this week. Next week, interviews of up to three semifinalists are to be conducted. A winner is to be selected Jan. 23 and the artwork is to be installed in May, according to the request for proposals.

Midtown Alliance noted that the actual timeframe for installation depends on issues including whether the piece will be created for the site or transferred from another location.

The budget is $50,000 for all costs associated with creating and installing the artwork. It is to remain on display for up to three years, according to the RFP.

Rockspinner is being removed because the lease is soon to expire. Atlanta artist Zachary Coffin owns the piece and it may be headed for display in Reno, NV., following is removal this Spring, according to a report by Midtown Alliance.

Midtown Alliance is seeking to replace Rockspinner with another interactive artwork, according to the RFP. Specifically: 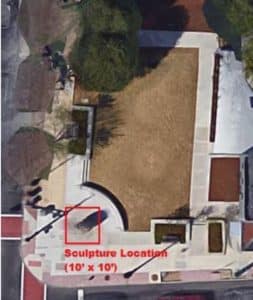 Midtown Alliance is seeking an artwork to place at the northeast corner of the intersection of 10th and Peachtree streets. Credit: midtownatl.com

The interactive aspect of Rockspinner contributed to its warm reception in Atlanta.

This aspect also contributed to its relevance at Burning Man, where it was displayed in 2001. Burning Man is the event that draws tens of thousands to Nevada’s Black Rock Desert to celebrate, in part, “art that should not exist,” according to Jennifer Raiser, author of Burning Man: Art on Fire.

In the case of Rockspinner, what shouldn’t exist is the ability of a person to compel a large rock to spin. As Becky Neil wrote in 2015 in a research paper for a graduate class at New York University’s Steinhardt School of Culture, Education, and Human Development:

Neil’s paper cites the quote by Raiser about art that shouldn’t exist.

Here’s how Coffin described his outlook in a story posted on The Burning Man Journal.

While You’ve Been Away: New Transportation Enhancements in Midtown
Midtown Alliance May 18, 2020 11:36 am