Residential solar power faces headwinds in Georgia and Alabama, and from the Biden administration as it argues in favor of Trump-era tariffs that have raised the price of certain solar equipment. 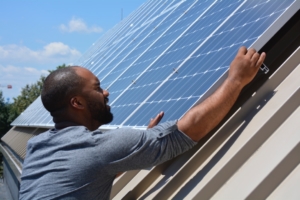 In Georgia, the issue is a reduction in the amount of money a homeowner can receive for a new rooftop solar array, compared to the amount that’s been authorized over the past year and will continue at that rate for those homeowners. The result could be a loss of hundreds of jobs in the solar installation sector, advocates contend.

The deal involves a pilot program created by the state’s utility regulator that has proven so successful it has enrolled the maximum number of customers allowed, 5,000 customers. Solar advocates say in a letter they never expected the 5,000 ceiling would be reached so quickly.

Georgia Power has posted on its website a red-letter warning that the pilot program is full: 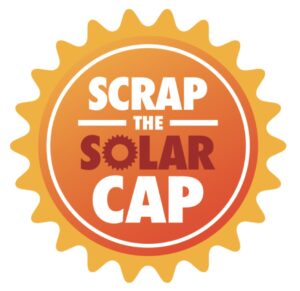 The number of residential solar arrays eligible for beneficial terms from Georgia Power has been reached. Credit: twitter.com

Advocates of solar power contend the 5,000 limit should be waived while new terms can be arranged as part of a Georgia Power rate case now pending before the Georgia Public Service Commission.

A major thrust of the advocates is the jobs created by the expanding industry to install rooftop solar in Georgia. Their letter calls for the extension and then observes:

In Alabama, the issue involves a monthly fee charged by Alabama Power to any customer who has a solar array. The rate was approved by the Alabama Public Service Commission and now is the subject of a federal lawsuit filed in U.S. District Court for the Middle District of Alabama, Northern Division

The fee would be $25 a month for a customer who’d installed a typical 5 kW generator. That’s $300 a year, which amounts to $9,000 over the expected lifespan of a rooftop solar array, according to a federal lawsuit filed against the Alabama PSC by the Southern Environmental Law Center and Ragsdale LLC, a Birmingham law firm.

In the six years after the rate was implemented, to 2019, 132 customers have installed solar arrays and the number would be higher without the monthly fee, according to the lawsuit.

At the federal level, the Biden administration has taken at least two steps that increase the cost of materials in solar arrays.

The ban on imports announced June 24 will have some effect on prices, though some U.S. companies report they have already shifted away from some Chinese suppliers thought to use forced labor. Biden’s statement noted that the ban was part of his commitment to “bold climate action, the domestic solar industry, and the jobs this vital industry creates.” 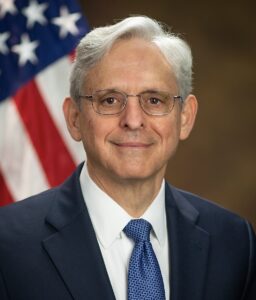 In March, Biden’s Justice Department filed a motion that supports Trump’s contention that a president has authority to make a “modification” to terms specified in a proclamation that imposed four-year tariffs and raised the duties assessed to certain components of solar arrays – crystalline silicon photo- voltaic (CSPV) cells.

Biden’s Justice Department asked the Court of International Trade to dismiss a challenge filed by SEIA of Trump’s modification, in October 2020, of his initial proclamation regarding solar components sourced from China. The action contends that the proclamation violated a number of procedural requirements, according an explanation of the situation posted by two lawyers with Husch Blackwell LLP on the legal affairs website jdsupra.com.

The tariff expires in February 2022.

The entity that challenged Trump’s use of power, the SEIA, is the same one that signed the letter asking Georgia’s PSC to waive the cap of 5,000 customers.