Rural Georgia is at risk of getting left even further behind the state’s populated regions amid the pandemic. One key factor is that many philanthropies won’t donate to local groups that can’t produce audited statements and IRS designations. Bambie Hayes-Brown is seeing it first hand in Southwest Georgia. 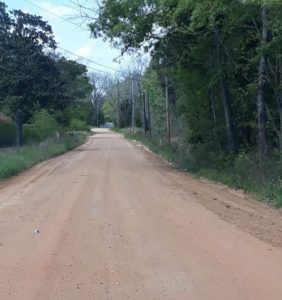 Ben Hill County, home of the town of Fitzgerald, in South Georgia, reports having about 200 miles of unpaved roads and 152 miles of paved roads. Credit: Bambie Hayes-Brown

Hayes-Brown knows the non-profit world. In Atlanta, she serves as president and CEO of the Georgia ACT, created in 2014 as a statewide nonprofit housing and community development organization. Beyond Atlanta, she’s helped with workshops including one on micro business in Albany, a forum on fair housing and equity in the Southeast with the Atlanta Federal Reserve, heirs property and homebuyer education.

Hayes-Brown has yet to pry loose substantial dollars from funders to help with the pandemic in Southwest Georgia. She’s been told they want to deliver their contribution to a local entity that comports with traditional philanthropies – meaning, an IRS-certified nonprofit, one that’s complete with the capacity to produce for donors the W-9 tax forms and the annual 990 series of tax returns.

Not to give away the ending, but the situation facing Brown has become a drum roll resonating across rural America, according to Allen Smart, founder of PhilanthropywoRx, a consultancy specializing in rural philanthropy.

“There are rural regions of the country that are deeply impacted in ways that reach a national level,” Smart said in a webinar hosted May 12 by Grantmakers in Aging. “A good deal of attention was paid to Albany, Ga., in the Southwest of the state; native Americans and tribal communities in New Mexico and Arizona. It’s almost beyond comprehension, the impact, and still not meriting the attention that they both so badly deserve and so badly need.”

Here’s how Hayes-Brown described her most recent effort at trying to raise funds to benefit folks in a hardscrabble community: 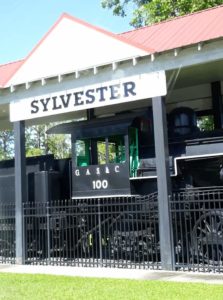 The last steam locomotive to run on the former Georgia-Ashburn Sylvester-Camilla railway is a tourist attraction in Sylvester, established as a train stop between Brunswick and Albany. Credit: Bambie Hayes-Brown

Location – 20 miles east of Albany, a community that won’t be identified;

This pattern has a long history in rural America, Smart said. Family foundations account for much of the philanthropy in rural America. That may be an evolving situation, possibly declining, as their board members, increasingly, are spread across the country and can’t easily get a snapshot of local conditions in communities where local news is disappearing as newspapers and radio stations shift from more-costly local reporting to less-costly shows that are nationally syndicated.

One result in the pandemic is that COVID-19 cases in rural areas are too small, in absolute terms, to make headlines.

“While 15 cases doesn’t sound like a lot, in the gross sense of things, in a county of 25,000 – where there’s a closed school, workplaces, and nonprofits are struggling just to adjust to current conditions – it’s a lot and who knows what’s coming next,” Smart said. “Certainly, many barriers to health care access and nonprofit stability existed well before COVID-19. The impact on rural communities, and opportunities for rural funders, are the Perfect Storm of both challenge and opportunity.” 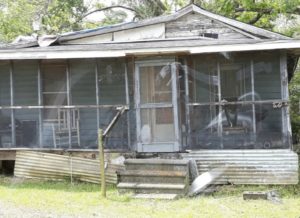 The demographics of rural America haven’t changed much in recent years, even while the evolving U.S. society seems to leave rural America ever more distinct from the urbanized America.

Smart said some 60 million individuals reside in rural America. About 13 million are people of color. Major job sources are prisons, jails and meat-packing plants. Cultures in rural America vary widely, with some predating the formation of the United States by thousands of years. Rural populations are older in the South and younger in the Southwest. Rural adults are more likely to live alone than their counterparts in cities and suburbs. About 40 million rural Americans are without access to broadband, a recent study showed, though the figure used more often is 20 million.

“Rural America deserves a distinct look from the philanthropic lens,” Smart said at the outset of his remarks.

In the long term, Smart said, the philanthropic community needs to step up to meet these evolving needs. Smart closed his remarks with this call to action: 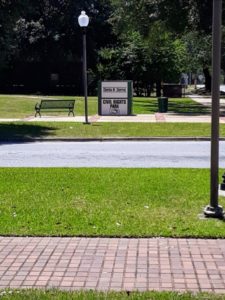 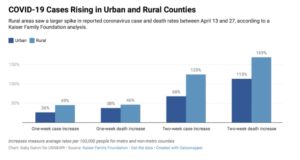 Rural America experienced a greater growth rate of COVID-19 cases and deaths than urban America during the period of this snapshot in April. Credit: Allen Smart via giaging.org 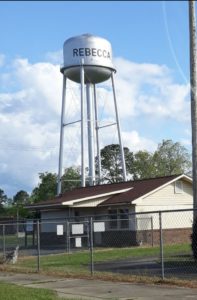