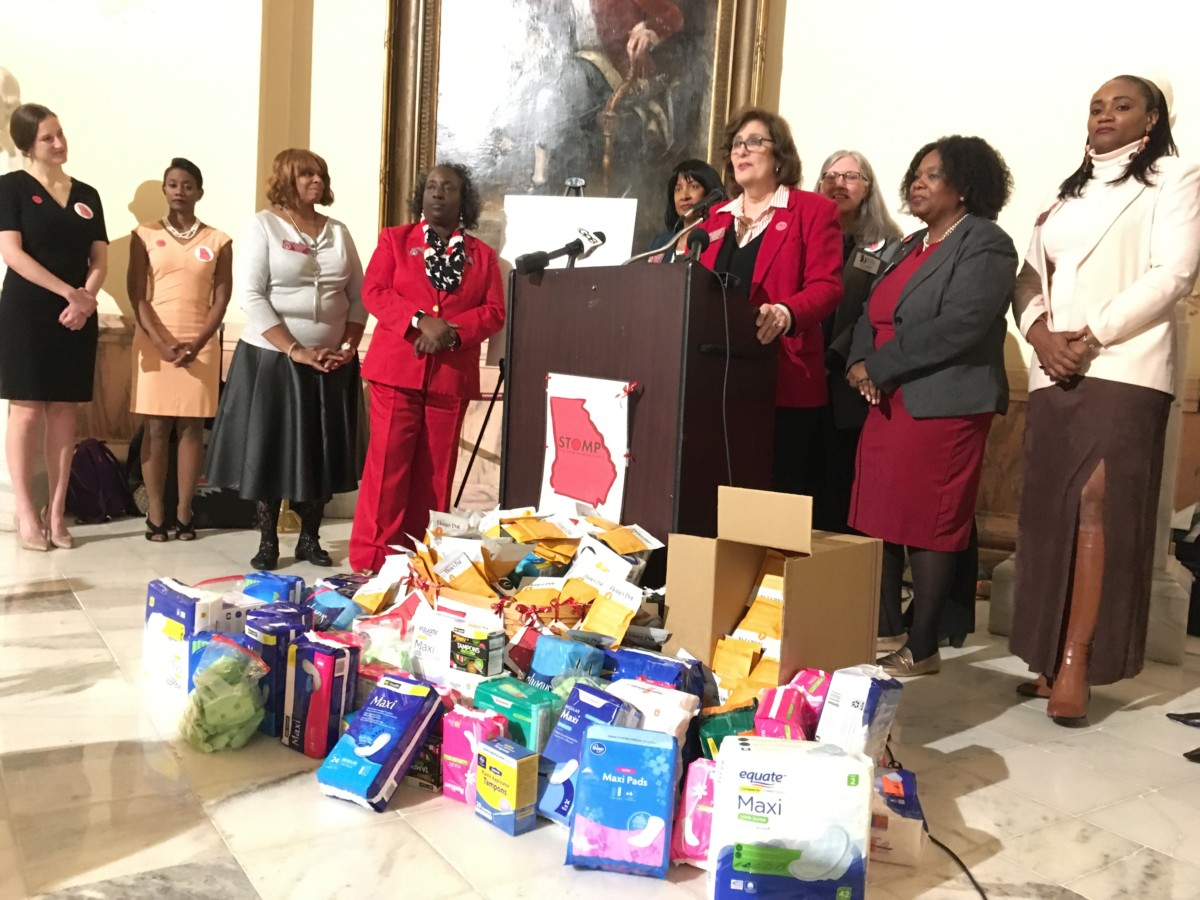 Menstrual products are so necessary that they ought to be exempt from sales taxes, and it’s worth making sure that girls aren’t missing school due to the lack of sanitary pads, tampons and the like, say the people behind a campaign at Georgia’s state Capitol. 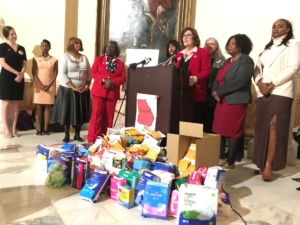 Campaigners sometimes use the phrase “period poverty” for what they want to end.

“For those of you who don’t know what that means, it’s a lack of adequate menstrual supplies,” said state Rep. Debbie Buckner, D-Junction City.

Buckner made the comments at the state Capitol on Tuesday, surrounded by other legislators and supporters of the Georgia STOMP campaign — Stop Tax on Menstrual Products.

A tax break would be a very modest loss to the state’s budget: $10 million per year, according to a nonpartisan official estimate of the bill’s cost. Or about $2.50 per year per woman aged 10-54.

STOMP started with Georgia Women (and Those who Stand With Us,) a Macon-area group that started pushing for the tax break as an equity issue in 2017.

“As our coalition grew, we realized access to period products is an important parallel issue to the equity issue surrounding the tax,” said Claire Cox, who’s with Georgia Women.

But there are more steps in the campaign.

“We’re going to … work together to make sure that the students here in our state of Georgia have adequate supplies and access to period products,” said state Rep. Kim Schofield, D-Atlanta.

She said heard stories of students in her own district who didn’t quite have access.

“If your cycle came on Monday and your mom didn’t get paid until Friday, they were ashamed to go to school, they were missing school because their basic human needs were not getting met,” Schofield said.

It’s difficult to know how many girls might be missing school because they don’t have period supplies, but some schools or teachers already provide free products in some way, like via some accessible locker or cabinet.

Schofield said the campaign is looking to get some more data on where the needs are and establish some kind of pilot program for menstrual product access.

Campaign supporters arrived at the Capitol with boxes and bags full of menstrual products and piled them around the press conference podium.

Those items will be donated to the Georgia Emergency Management Agency for distribution during natural disasters.

Indeed, STOMP commended both GEMA Director Homer Bryson and Corrections Commissioner Timothy Ward for their policy changes to get sanitary products to women who are impacted by natural disasters and those who are incarcerated.

Bryson’s agency has recently begun distributing menstrual products to women who are receiving assistance after disasters.

Earlier this year, Ward told a budget committee that under a month-old policy change, a limit was removed from the number of personal hygiene products that female prisoners could have.

The STOMP coalition includes the Junior Leagues of Georgia; the YWCA of Greater Atlanta; Helping Mammas, a baby supplies bank; The Homeless Period Project, Period @ Georgia State University, Project Period of Savannah and the League of Women Voters of Macon.

No state has any tax specific to menstrual products. But Georgia’s only one of many states where campaigners are working to get those products exempted from regular sales taxes. A total 14 states have already approved such an exemption, according to Period Equity, a policy and advocacy group.