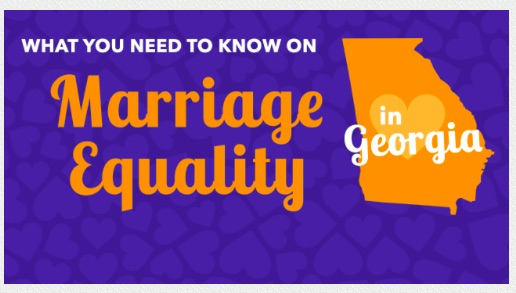 Glen Paul Freedman believes in giving credit where credit is due.

Freedman, chairman of Georgia Equality, said Gov. Nathan Deal and Attorney General Sam Olens deserve credit for the state not having had one negative incident since the U.S. Supreme Court legalized same-sex marriage on June 26.

Georgia was one of 15 states in the nation that had banned same-sex marriages or had put the issue on hold. 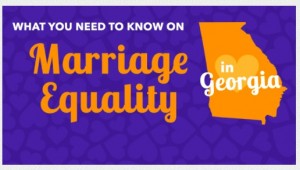 But when the U.S. Supreme issued its ruling legalizing gay marriage across the country, Olens issued the following statement:

“Today the Supreme Court of the United States ruled the Constitution requires a state to license a marriage between two people of the same sex and to recognize a marriage between two people of the same sex when their marriage was lawfully licensed and performed out of state.  It does not permit bans on same-sex marriage. In our system of government, the Supreme Court bears the ultimate responsibility for determining the constitutionality of our laws. Once the Supreme Court has ruled, its Order is the law of the land. As such, Georgia will follow the law and adhere to the ruling of the Court.”

Unlike governors of some other states, Gov. Deal took the same position as Olens. And that meant that all of Georgia’s 159 counties had been given the marching orders to open up their doors to same-sex marriages.

“As soon as the ruling came down from the Supreme Court, they (Gov. Deal and AG Olens) should be commended for not stopping it,” Freedman said. “They didn’t agree with it, but by not trying to stop it, that insured that no one had any problems getting married on that day or since. We are not having issues like some other states. People are being treated with respect.”

Ballotpedia has been documenting all the incidences on a county-by-county basis that have occurred since the U.S. Supreme Court ruling in the states that had not allowed same-sex marriages.

As of July 3, Georgia was only one of four states that had not had any issues with couples wanting to get married but were unable to do so. The other three states were Kansas, Louisiana and Michigan.

By comparison, Texas had 118 incidences, and Alabama had 21. 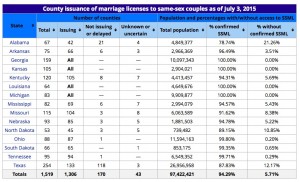 Freedman also credited Georgia Equality’s staff, especially executive director Jeff Graham, for getting the state and the various counties prepared to perform same-sex marriages if the Supreme Court ruled against the ban.

“There was not one county that said we are not going to conduct gay marriages, and I think that’s why we are different and why we haven’t had any incidences,” Freedman said. “We kept them informed, and they did not put up any road blocks. All 159 counties were ready to go.”

Freedman said that because of the work of Georgia Equality and other organizations, the state has become a model for other LGBT (lesbian, gay, bi-sexual and transgender) communities.

But that doesn’t mean Georgia Equality’s work is done, said Freedman, who is executive assistant and administrative manager for the Grady Health Foundation. He has chaired Georgia Equality’s board for the past couple of years, and he he rejoined the nonprofit’s board in 2011.

“Georgia is still a right to work state,” Freedman said. “You could be married today and fired tomorrow. The next big challenge for Georgia Equality is going to be a civil rights bill that would include employment, housing and other legal protections.”

Previous Article
Photo Pick: Krog Tunnel by Lisa Panero
Next Article
Chick-fil-A taps outside leaders as it gets set for new growth