Sandy Springs’ city officials have called for mixed income housing development to be on the site of a zombie shopping center, and have hired a consultant to help devise a plan to with input and support from city residents. Mayor Rusty Paul has specifically warned against any outcome that looks anything like the sky-high housing market typical along the Atlanta BeltLine.

Paul is quoted in the visioning document: 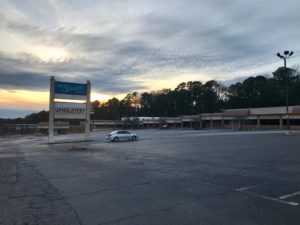 Paul’s comment refers to the well-to-do who move into costly housing being built in once-blighted neighborhoods along the BeltLine. As the newcomers move into new dwellings, an expected consequence is the departure of current residents who can’t afford to stay in their homes as property taxes increase.

Sandy Springs intends for the redevelopment to rejuvenate what now is a moribund stretch of Roswell Road – from Darymple Road to the Chattahoochee River. One redevelopment is expected to add $40 million in property value to the city’s property tax digest.

Sandy Springs also wants to break another norm: Retail is not a necessary part of whatever may be built.

This flies in the face of the decade-plus phenomenon in metro Atlanta of building residential above or beside retail. Such a mix has been a frequent recommendation of revitalization plans devised with funding from the Livable Centers Initiative of the Atlanta Regional Commission. They’ve met with resounding success.

But retail is no longer a sure bet to help energize and fund a project, not in this era of declining revenues from retail’s brick-and-mortar business model, according to Andrea Worthy, Sandy Springs’ director of economic development. 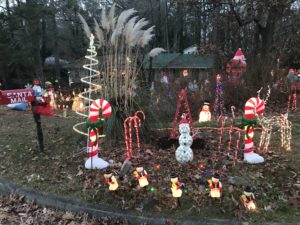 At some point, retail in a new mixed use development may meet the same fate that turned the city’s once-vibrant shopping centers into retail zombies, Worthy surmised. The potential mixture of any commercial uses with the mixed income housing is to be determined by the Atlanta consultant, TSW.

“TSW has a great economic team that can say what is feasible up,” Worthy said.

Sandy Springs is paying for the review itself. The Sandy Springs City Council has approved a $307,260 contract with TSW, an Atlanta firm with experience in master plans that involve multidisciplinary coordination to complete.

The mayor himself brings a certain perspective on urban renewal.

One program Kemp promoted is the enterprise zone, a concept that in the Clinton administration became known empowerment zones. Under President Trump, a comparable notion is the opportunity zone. The basic premise is that tax incentives made available in blighted areas attract investment funding for developments that would create jobs. The initial policy was enacted after Kemp left office, according to an obituary in nytimes.com.

Sandy Springs may seek to establish an opportunity zone to promote the potential housing development, Worthy said. The actual financial tools the city could implement are to be determined by the type of project that ultimately could be built following the broad outline of the consultant’s recommendations. 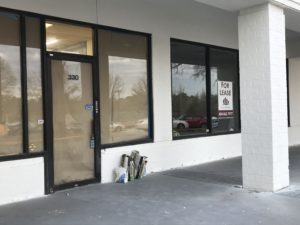 TSW has a specific list of tasks at four shopping centers:

Worthy said TSW’s process is expected to take up to nine months. The task list outlined in the enabling legislation calls for: