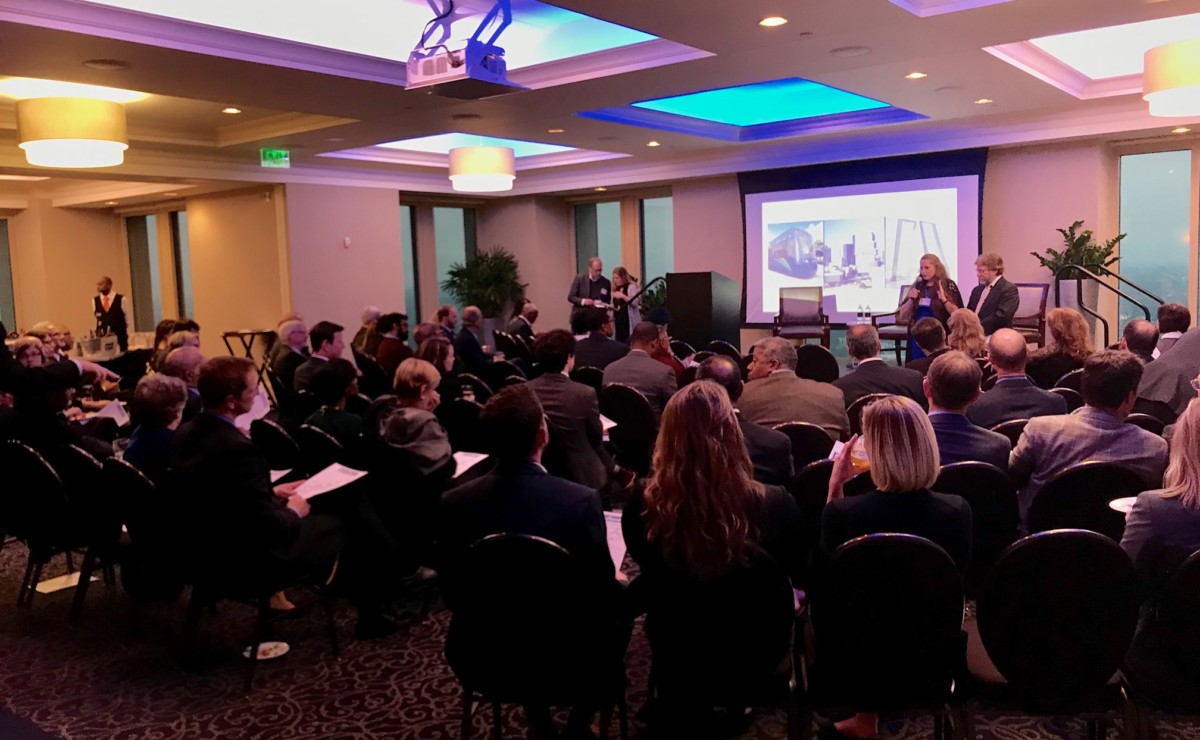 SaportaReport hit an important milestone this past week.

We brought together our Thought Leader partners and friends for a special evening of fellowship on Nov. 9 – when we discussed how we can improve civic journalism in Atlanta.

The evening culminated with two sequential interviews with Atlanta’s mayoral run-off candidates, when they were able to share their vision for Atlanta’s future. We were the first venue to have a joint appearance of candidates Mary Norwood and Keisha Lance Bottoms after the Nov. 7. general election. Here is our livestream on Facebook.

But the real purpose of the evening was to convene our community of special friends and sponsors – to thank them for their support and to connect people who may not have ever met. Several of our Thought Leaders expressed interest in meeting their fellow Thought Leaders, an idea suggested by several of our partners.

Something magic takes place when we bring incredible people together. 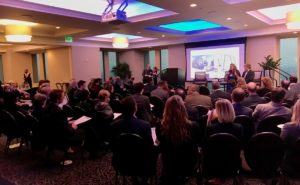 How far we’ve come. When the website was launched in February, 2009, it was just supposed to be a part-time platform for me to weigh in on issues and topics in the Atlanta region.

SaportaReport has been able to survive and thrive with the dedicated help of Judith Service Montier, Britton Edwards, Stan Fong, Cara Hebert, Paula Hovater and so many others along the way.

The Commerce Club hosted our gathering – an appropriate spot given the club’s role in bringing together Atlanta’s leaders to help guide the city through its various generations and challenges.

The invitation-only event included civic leaders from our region – representing a wide variety of organizations, professions, generations, races and ethnicities.

Over the last 18 months, SaportaReport has had the good fortune to work with Otis White, a former editor/publisher of Georgia Trend, who now runs the Civic Strategies consulting firm. He has been helping us develop a strategic plan for SaportaReport by studying other online journalism models around the country.

All along the way, we’ve had the wise counsel of Bill Bolling, a community builder who is literally family and who has helped keep us centered.

After months of brainstorming among a small group of us, we saw a need to combine civic journalism with community gatherings and engagement.

We presented a draft of our idea – the Atlanta Civic Circle – at our gathering on Thursday night (see below). Now we are seeking feedback from the people who heard the idea, so we can figure out how to proceed.

The hope is that we can serve as a convener and connector of all the various people and entities committed on making Atlanta as vibrant and livable a region as it can be.

The journey has just begun. We will keep you informed on our progress and solicit your involvement and ideas.

In the meantime, we will do our best to provide you solid information and insights –hopefully giving you a better grasp of what is going on in our region.

Thank you all for being part of our journey.

The Atlanta Civic Circle will be an independent, sister entity to SaportaReport that will focus on highlighting the top issues in metro Atlanta.

Goal: To create a safe place where engaged Atlanta leaders can deepen the conversation on how to make our region better for all.

Strategy: To create an independent sister entity to SaportaReport, with nonprofit status, that will include the participation of civic leaders interested in supporting civic journalism, civic literacy and civic engagement.

Its impact would be felt in multiple ways. The Atlanta Civic Circle would:

Again, the purpose of the Atlanta Civic Circle would be to deepen and broaden the conversation around critical issues facing the Atlanta region.

The Civic Circle would decide which issues have the greatest priority.

Once priorities were identified, the Civic Circle would then explore the best ways to promote greater understanding. Our goal is for the Civic Circle to play a key role in strengthening relationships between the business, academia, nonprofits, governments  and communities in our region so that together, we can find solutions.

The Civic Circle would work collaboratively with different organizations on particular topics. Through SaportaReport, it would encourage a formal way to present those issues and promote more in-depth communication among the players in the region.