David Allman, chairman of ULI Atlanta, sent an email early Monday afternoon to members of the Atlanta district of the Urban Land Institute to announce the appointment of Kirsch to the interim role. 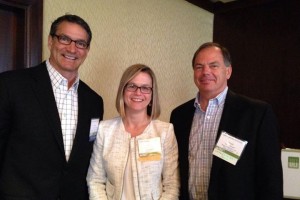 “Sarah brings an intimate knowledge of ULI to this position,” Allman wrote. “She has been a member of ULI for the past 15 years and has been active on the ULI Atlanta Advisory board since 2006. In 2012, she began working with ULI and is currently serving as director of Atlanta’s Livable Communities Council (LCC) and the Center for Leadership.”

Allman also mentioned Kirsch’s extensive background in real estate, having spent 12 years with RCLCO (Robert Charles Lesser), the nation’s leading independent real estate advisory firm. She served as the senior principal of RCLCO’s Atlanta office and was responsible for leading the consulting practice and business development for the Southeast.

“Sarah’s passion for urban development, responsible land-use, and building livable communities has led her career decisions and successes,” Allman wrote in the email announcing her appointment. “ULI Atlanta will benefit from her dedication and leadership during this important time.”

Allman went on to say that ULI will move forward with a national search to  identify a permanent executive director. Meanwhile “ULI will continue to focus on our mission to provide leadership in the responsible use of land and in creating and sustaining thriving communities,” Allman said.

It is not known whether Kirsch would be a candidate for the permanent position.