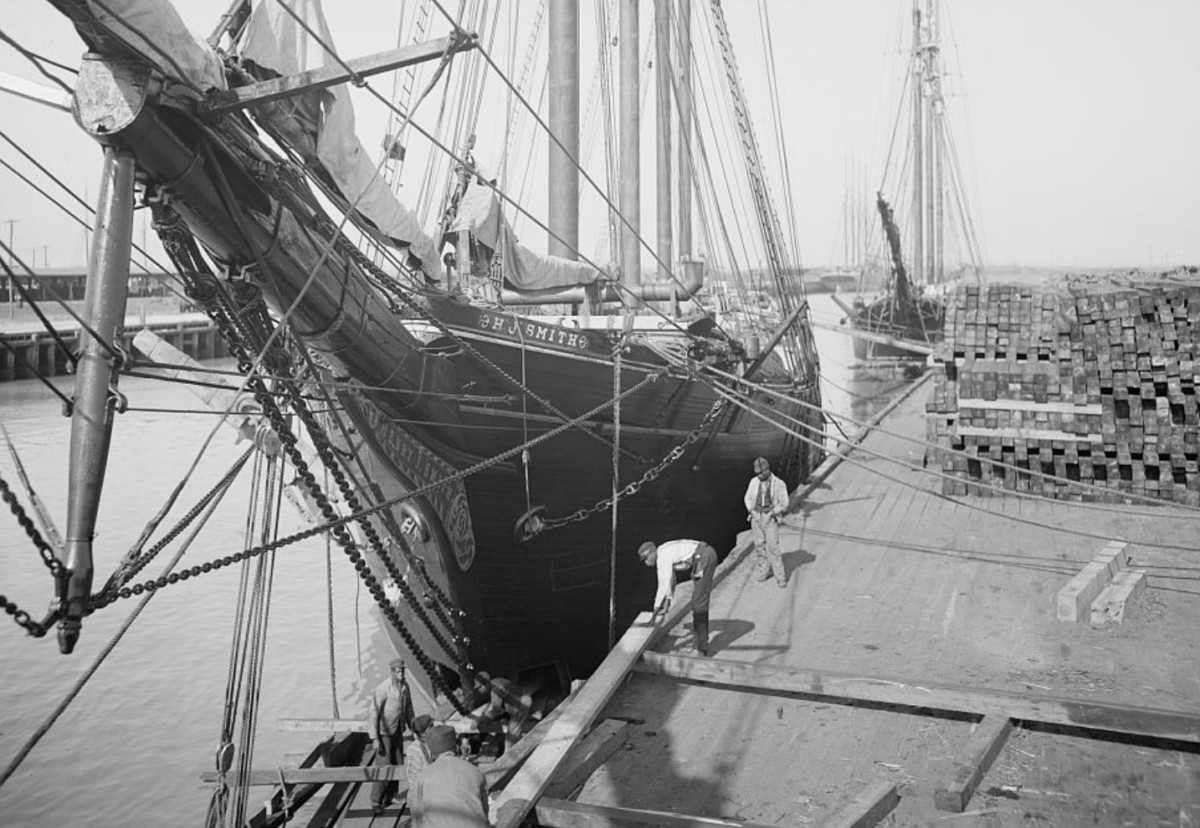 Note: This is the second of two stories that look at improvements to the Port of Savannah. Previously: Savannah expects more cargo

Long before “Midnight in the Garden of Good and Evil” put a new spin on its tagline as “Hostess City of the South,” Savannah was known to ignore the basic needs of its lifeblood – cargo ships. 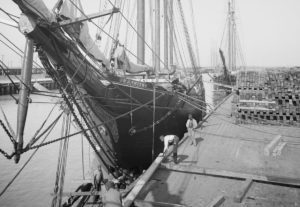 Longshoremen prepare a schooner docked in Savannah before a cargo of lumber is loaded. Circa 1900-1906. Credit: Wikimedia.org

At least that’s how William Harden described the state of Savannah’s port in his 1913 book, “History of Savannah and South Georgia.” Georgia’s modern-day leaders seem determined not to let these words of Harden’s be written of their watch:

Compare that outlook to that expressed by Griff Lynch, the incoming executive director of the Georgia Ports Authority. As Lynch described steady gains in cargo volumes handled by the Savannah port, he touched on three things a port must provide to attract business: 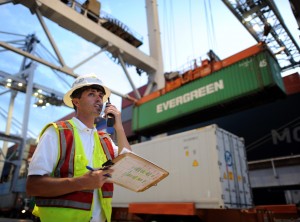 The latest advancements at the port improve cargo movement and highway access.

The GPA board has approved the installation of four additional ship-to-shore cranes this year. Savannah will have 30 such cranes when the job’s done. Last month, the Jimmy DeLoach Connector was opened, providing a route that’s to cut tailpipe emissions and decrease truck trip times by a total of 900 hours a day, according to GPA.

A decent harbor isn’t all that Savannah struggled to provide at the turn of the 20th century. Nor are the conveniences that were expected of a first world city at that time all that different from those Savannah strives to provide in this era.

Harden wrote in glowing terms of Thomas Purse, who sank the first artesian well in Savannah and just the second in the state:

A century later, the water supply proved to be less than unfailing. Fears of salt water intrusion into the Floridan aquifer prompted state officials in 2006 to cut Savannah’s reliance on well water. The city has issued $9.9 million in bonds to expand the treatment of surface water drawn from Abercorn Creek, a tributary of the Savannah River, according to a bond indenture filed on emma.msrb.org.

Since those early days that Harden descried, the two eras – past and present – show great similarity when it comes to providing a deep water port to attract ocean-going freight ships.

The first deepening project appears to have begun in the 1890s. Harden, writing in 1913, described improvements over the previous 25 years as being led by Maj. William Williamson:

Williamson joined civic leaders and then Gov. Hoke Smith on a trade mission to Europe that landed a steamship line and a group of new citizens:

Soon after, the same Capt. Purse who sank a well to reach the Floridan aquifer helped a second effort to deepen the Savannah Harbor:

Lynch, the incoming GPA executive director, mentioned Harden’s book during a conversation Monday. He noted the similarities of efforts to deepen the Savannah River in order to be competitive in the realm of transoceanic shipping: