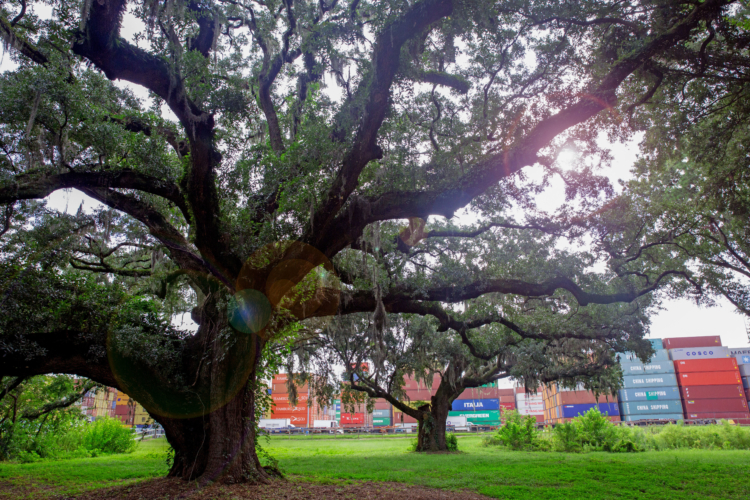 Savannah is regarded for its port and graceful trees, including this protected oak at the Garden City Terminal that's estimated to be more than 364 years old. The Savannah Economic Development Authority is working to expand other market sectors. Credit: Georgia Ports Authority/Emily Goldman

The economic development team from Savannah is in Atlanta Wednesday to trumpet the region’s opportunities in addition to tourism and import/export through the Port of Savannah. 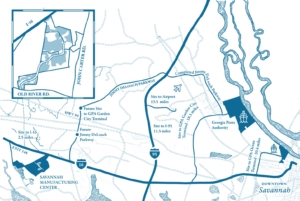 The 50-year plan for Savannah’s economic development includes a manufacturing corridor along I-16, to be anchored by the Savannah Manufacturing Center and its employers who could attract workers from Georgia Southern University and Ogeechee Technical Institute. Credit: savannahmanufacturingcenter.com

The success of tourism and the seaport makes their job a challenge.

Trip Tollison says he simply has a bigger message to convey about reasons to do business in the Savannah area. That task is bringing him to Atlanta, in his role as president and CEO of the Savannah Economic Development Authority.

“I love hearing the great things about Savannah’s hospitality and charm,” Tollison said in a telephone conversation. “There’s another side of the story, and that’s what we’re trying to message. That is the highlight, and to share the word that gets people to realize there’s a lot more to Savannah than the charm and wonderful experience. Savannah is not just a charming host city in the South.”

Tollison’s elevator pitch could easily last to the 14th floor.

“There are six sectors,” Tollison said, naming them in no particular order:

“One reason Savannah weathered the Great Recession so well is we didn’t have all our eggs in one basket,” Tollison said. 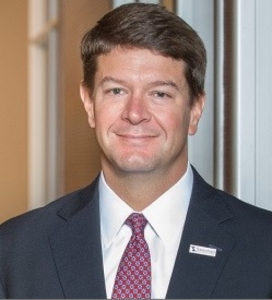 The big push for the future is to foster a corridor of manufacturing plants stretching along I-16 from Savannah west toward Statesboro. Securing good jobs in the region is a main objective.

Taxpayers are helping to develop a large industrial park. Facilities that open there could find a ready workforce among students and graduates of Georgia Southern University and Ogeechee Technical Institute, both located in Statesboro.

The Savannah Manufacturing Center is being developed with water and sewer facilities, roads and lighting, Tollison said. The existing site is about 800 acres and the development authority has the ability to bring the total acreage to about 1,900 acres

The prospect of good jobs at the center evidently prompted Savannah voters to support a 1 percent sales tax referendum that’s helping to fund the center’s development, along with other community improvements. Manufacturing jobs pay better than jobs in the warehouse and distribution centers that are related to the port business.

Multiply that pay scale across the potential for 1,500 jobs to 2,000 jobs at the industrial park, and the reason Tollison is in Atlanta to promote the region is clear. He and others are looking for the next Plastic Express to join a manufacturing base that includes Gulfstream, Basf Catalysts, International Paper and Colonial Group.

“We are actively looking for tenants,” Tollison said.

The economic impact of Savannah’s film and creative sector has leapt by more than 700 percent since 2013, according to the Savannah Economic Development Authority. Credit: SEDA

Previous Article
Yes, the Peters Street bars are closing, but read this first
Next Article
If Atlanta asked you to vote on how to spend $1 million, would you trust the city more?