Save Atlanta’s Olympic Cauldron, move it to Centennial Olympic Park 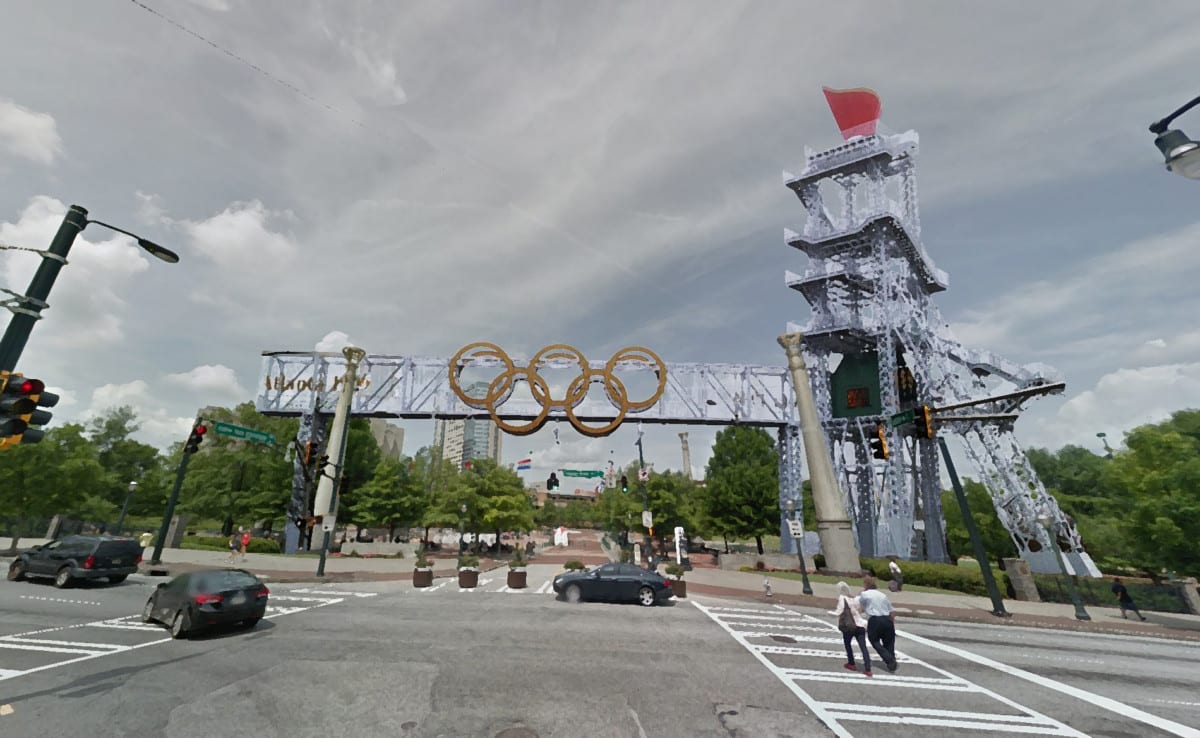 By Guest Columnist NICK STEPHENS, a writer and Atlanta native, interested in historic and environmental preservation

Over the last few weeks, as the 20th anniversary of Atlanta’s Olympic games came and went, much of the discussion of this city’s Olympic legacy naturally focused on the successful continuing use of so many of the games’ facilities, a rare feat for any city. But in an Aug. 8 interview on WXIA-TV, Olympic organizer and former Atlanta Mayor Andy Young admitted that one crucial component of the Olympic infrastructure was never as great as it could have been – and remains an under appreciated and mostly ignored relic. 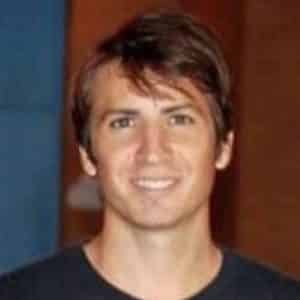 Atlanta’s Olympic cauldron is, he lamented, “an embarrassment.” In a city whose seal represents our triumph out of fire, it’s time to give a second thought to the home of Atlanta’s Olympic flame.

All that, of course, is set to change.

As the Braves prepare to abandon Turner Field, city officials, the surrounding communities and Georgia State University have engaged in a spirited and sometimes testy debate over the future of the massive site. But largely lost in the multitude of plans and proposals is the fate of the cauldron and its attached bridge bearing the five gold rings.

Even in the sleek Atlanta Design Studio on the second floor of Ponce City Market, where the city hopes to engage its citizens in planning their shared future, the cauldron is absent on all four of the table-sized blueprints – inexplicably omitted. Most of the plans GSU has released also appear to simply erase the cauldron. 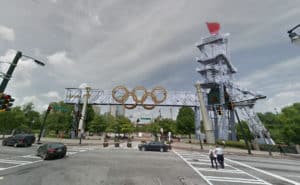 This rendering shows a gateway to Centennial Olympic Park if the Olympic Cauldron were moved to the park. Credit: Nick Stephens

It’s just the latest chapter in a story that has continually found new ways to embarrass. A quick Google search of “Atlanta Olympic flame” reveals about as many results for the one-time tourist trap by The Varsity on North Avenue as for the real thing. A recent Creative Loafing article on Young’s comments used an incorrect photo before commentators pointed out the error.

There’s never been a better time than now, before the redevelopment of the site begins, to correct this undignified condition and ensure that the cauldron doesn’t suffer another debacle as misguided as the first time it was moved to its current location, during the Olympic stadium’s conversion to the Ted.

The best option? The structure should be moved to Centennial Park, where it can (appropriately) span Andrew Young Boulevard and become a cherished part of the physical memory of the event that catapulted Atlanta into international renown. In a poll on the Curbed Atlanta website taken August 11, over 70 percent of the respondents agreed the best resting place for the cauldron is the park, “where the tourists are….” 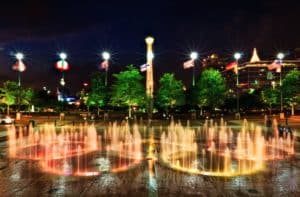 The relocated Olympic Cauldron could add to the dynamic tourist attraction that is Centennial Olympic Park. Credit: flickr.com

Centennial Park has become the epicenter of a revitalized Downtown tourist district. It’s a defining urban planning success story, largely escaping the haunting memory of its place as the site of Atlanta’s own terror attack. And with major renovations set to start later this year (much of it aimed at increasing revenue from concerts and special events) the park continues to become a greater and greater attraction. The relocation of the cauldron would bring completion and wholeness to a site that is as much an homage to this city’s ability to reinvent itself as it is to sports greatest event.

With a little creativity, the structure could become Atlanta’s most defining tourist attraction, our very own Statue of Liberty, in a way that the SkyView Atlanta Ferris wheel can never be.

The cost to disassemble and move the structure could be offset in the coming years by finally reattaching the walkway to the ground and allowing tourists the opportunity to climb to the top for a couple bucks, just as the flame rose during Muhammad Ali’s immortal lighting. Or, perhaps, just charging for its use during the many concerts that will be held in the park in the coming years.

Far too many times, great Atlanta monuments, from our grand terminals to the Fox Theatre, have faced or narrowly escaped destruction. The Olympic cauldron has already spent enough time in a state of disregard. It’s not too late to change that.