By dragging her removal by a couple of years, the Atlanta Housing Authority ended up paying its departing president and CEO Renee Glover substantially less than earlier estimates.

Glover’s separation agreement, which was released Tuesday evening, included her base salary for one year — $325,000 plus three months of a consultancy retainer — valued at $89,600. She also was to receive up to $20,000 in legal expenses that she incurred because of her separation discussions with AHA; and up to $5,000 in expenses during this transition period.

The total value of the separation agreement is well under previous estimates, some of which had totaled more than a million dollars given the number of years remaining on her five-year, $1.5 million contract. 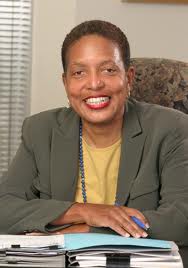 Glover has received national acclaim as CEO of the Atlanta Housing Authority. But there has been a tense relationship with Atlanta Mayor Kasim Reed and his appointees to her board over the past several years.

The AHA board Tuesday accepted Glover’s resignation on Tuesday, and a release  announcing the move said she had “done an outstanding job over the past 19 years and the entire board wishes her will in her future endeavors.”

The resignation was effective immediately, but Glover has agreed to be available to assist AHA during a 90-day transition period, which is supposed to end Nov. 30, 2013.

The board said it will begin a national search for Glover’s replacement. In the meantime, Joy Fitzgerald, AHA’s chief real estate officers, will serve as interim CEO.

The AHA board, under the leadership of Chairman Dan Halpern, had been negotiating a  possible exit agreement with Glover. Halpern, a mayoral appointee, had worked closely with Reed during his first campaign as mayor in 2009.

It has been widely reported that Reed was quite unhappy that the former members of the AHA board had renewed Glover’s five-year contract in the summer of 2010. When Reed and Halpern originally sought to remove Glover, they quickly realized that it could cost the authority more than a million dollars to buy out her contract.

Halpern and the mayor have not fully explained why they wanted a change in leadership at AHA, other than saying that it is “fully within the prerogative of the mayor and the board” to do so.

Glover has been considered one of the best public housing officials in the country. When she became interim CEO of AHA in 1994 after serving on its board, the authority was almost in default and there had been a revolving door of executives who were considered to be poor managers.

When she became CEO, Glover championed the idea of tearing down traditional housing projects and replacing them with mixed-income communities that would be served with other amenities. The idea was to help people break out of the cycle of poverty by not having a concentration of poor people living in one dense community.