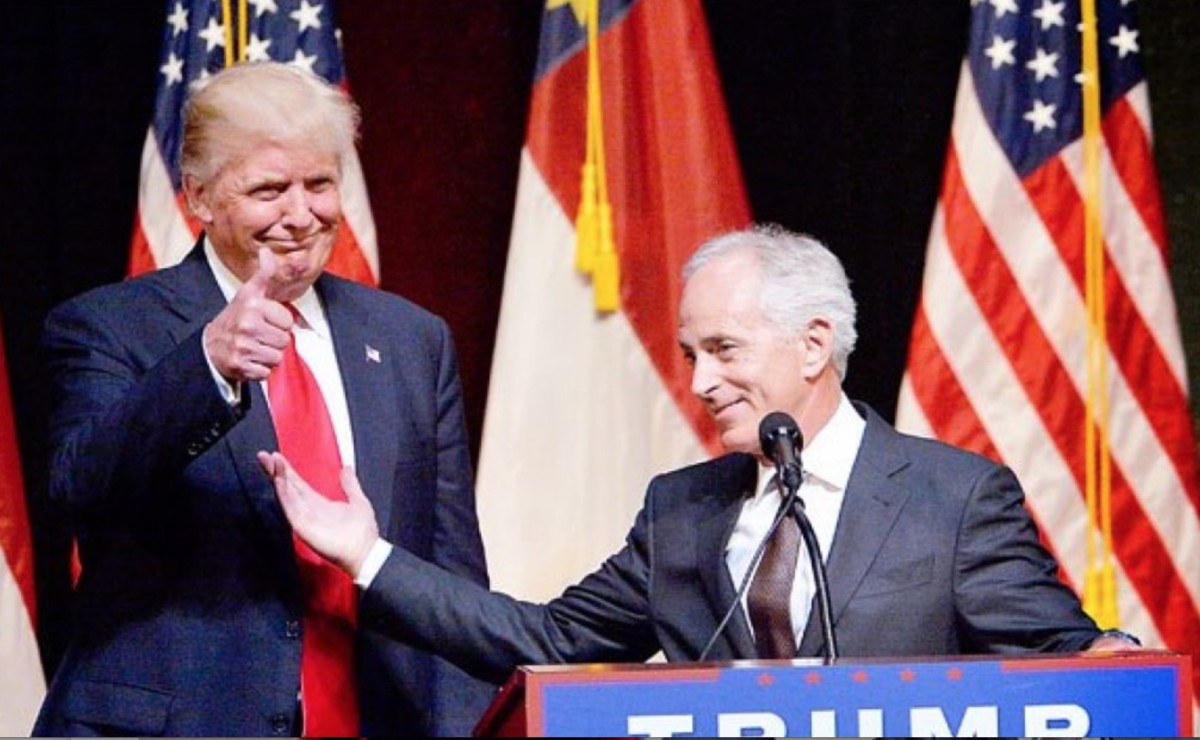 Underneath the numbers in the Republican tax bill there has always been a fundamental political calculation that simple is good: that no matter whether they get much of a tax cut, Americans will like taxes that are easier to do.

As The New York Times described in a story Saturday, the goal of reducing most people’s annual tax form to something the size of a post card proved impractical in the closing days of dealings over the bill. 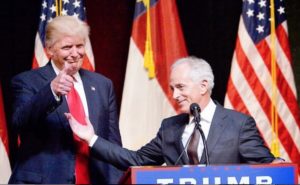 The decision by Tennessee Republican Sen. Bob Corker (right) to support the GOP tax plan has improved the chances President Trump will get to sign a tax-overhaul bill this year. Credit: 10ztalk.com

Even so, the bill doubles the standard deduction, so that many Americans will no longer need to itemize, making the annual April exercise much easier. If they see at least some increase in their income at the same time, this bill could produce a bigger bounce for the Republicans than the polls would indicate right now. Presently, this bill is not only more unpopular than any tax cut going back to 1981, it’s more unpopular than the 1990 (George H.W. Bush) and 1993 (Bill Clinton) tax increases. So there’s a long way to bounce.

In the long run, the political success of the Republican initiative will be whether it produces the economic growth which independent studies have consistently predicted it won’t.

“I realize this is a bet on our country’s enterprising spirit, and that is a bet I am willing to make,” Sen. Bob Corker of Tennessee said upon returning to the fold to support the bill.

How much of a bet that really was got quickly called into question when it developed that last-minute changes regarding real estate holdings would benefit the retiring lawmaker by more than a million dollars. Corker’s angry denial that he knew anything about the tax break came off as a little more believable than it would have, because of the chaotic of the process that created the bill. It was so wild you could miss your own windfall.

In a larger sense, anyway, Corker’s characterization of what he admitted was an “imperfect” bill as a bet gets it right. It’s a gamble that this deficit-busting legislation will kick the economy into high gear, after slow but steady improvement over the past eight years. The coalescing of the Senate Republicans around the bill represents an almost desperate attempt for that battered group to express the courage of their convictions, although in the closing days it wasn’t always certain what those convictions were.

A good example of just what a slippery fish conviction proved to be is the exemption for medical expenses, prized by those of my advancing years but targeted by the minions of conservative think tanks as a benefit skewed toward the better-off. In earlier versions of the bill the exemption was have been eliminated entirely, in line with the simpler is better mentality.

In the bill which will be coming to a vote this week, the medical exemption not only is retained, but for the tax years 2017 and 2018, the threshold at which taxpayers can get the exemption drops from 10 percent of adjusted gross income to 7.5 percent. Turned out more complicated was better.

The business tax cuts in the bill are permanent, but as a nod to fiscal responsibility the personal tax cuts will expire at the end of 2025. That’s the year my oldest grandchild will turn 26. Just as the bill tilted toward the wealthy in its final iteration, it leaned toward older Americans and away from the young. The plan to tax graduate tuition waivers, a truly nickel-and-dime idea, was taken off the table. In exchange younger voters got eight years of lower taxes and a lifetime of crippling deficits.

The generational tilt of the tax bill is especially noteworthy in light of the latest Wall Street Journal-NBC News poll showing voters under 35 favoring a Democratic Congress by a whopping margin of 48 percentage points.

This vote (which on Monday afternoon we presume is imminent) is beginning to look somewhat like the party-line vote on the Clinton tax increase which ended the congressional careers of so many Democrats the following year. The Republican plan has been to pass a tax bill, then convince Americans between now and the next election that it’s a good thing. That’s a short time for a big sales job.