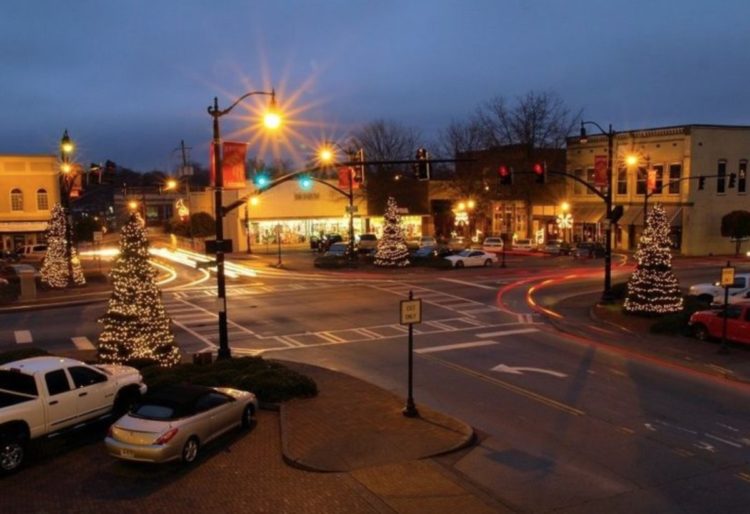 Solarize Carrollton-Carroll is moving forward with its effort to lower the cost of installing solar arrays atop houses and businesses in Carrollton by reducing their cost to consumers. The city is located about 50 miles west of Atlanta. Credit: pinterest.com

A campaign to install solar arrays in Carrollton attracted 50 individuals to sign a petition within the first 24 hours, rather than within 30 days, as advocates had initially hoped. Credit: solarcrowdsource.com

Sponsors are moving fairly aggressively to start the program. Bids from contractors are due March 20 and all installations are to be complete by Dec. 31.

Community interest in the program is strong, according to the request for proposals issued by Solarize Carrollton-Carroll.

More than 120 area residents have signed a petition calling for more solar opportunities to be available in Carroll County. Interest is so high that a petition for the proposed bulk-purchase program garnered 50 signatures within 50 hours during its sign-up period in March. The outcome far surpassed the initial goal of 50 signatures within 30 days, according to the online petition.

“We are incredibly thrilled with the response so far,” John Hinman, one of the community members behind the effort, said in a statement. “We knew we had a good chance of achieving our goal but to do so within 24 hours says something about Carrollton and Carroll County.”

Community pride is strong, as evidenced in a description on Carrollton’s homepage: 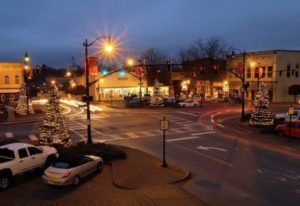 Solarize Carrollton-Carroll is moving forward with its effort to lower the cost of installing solar arrays atop houses and businesses in Carrollton by reducing their cost to consumers. The city is located about 50 miles west of Atlanta. Credit: pinterest.com

The Carroll County advocates point to programs in Athens and Decatur/DeKalb County as successful implementations of bulk-purchase programs. A total of more than 200 solar rooftop arrays were installed through these two programs, according to the statement, providing 1.3 MW of solar energy.

Carroll County now has eight solar installations that generated a total of 43 kW, according to a report by georgiaenergydata.org that was cited in the statement.

The number of program participants has grown to 290, up by 25 since the 265 who had signed a petition as of Feb. 5, according to a report by Solarize Atlanta.

Major business organizations have signed on, including Central Atlanta Progress and Livable Buckhead. Other familiar entities include Southface, Sierra Club and Atlanta’s Office of Resilience.

President Trump said Monday that the 30 percent tariff he announced in January is having a positive effect on the U.S. economy, according to a report in thehill.com. Trump was speaking at the White House to a gathering of the nation’s governors.