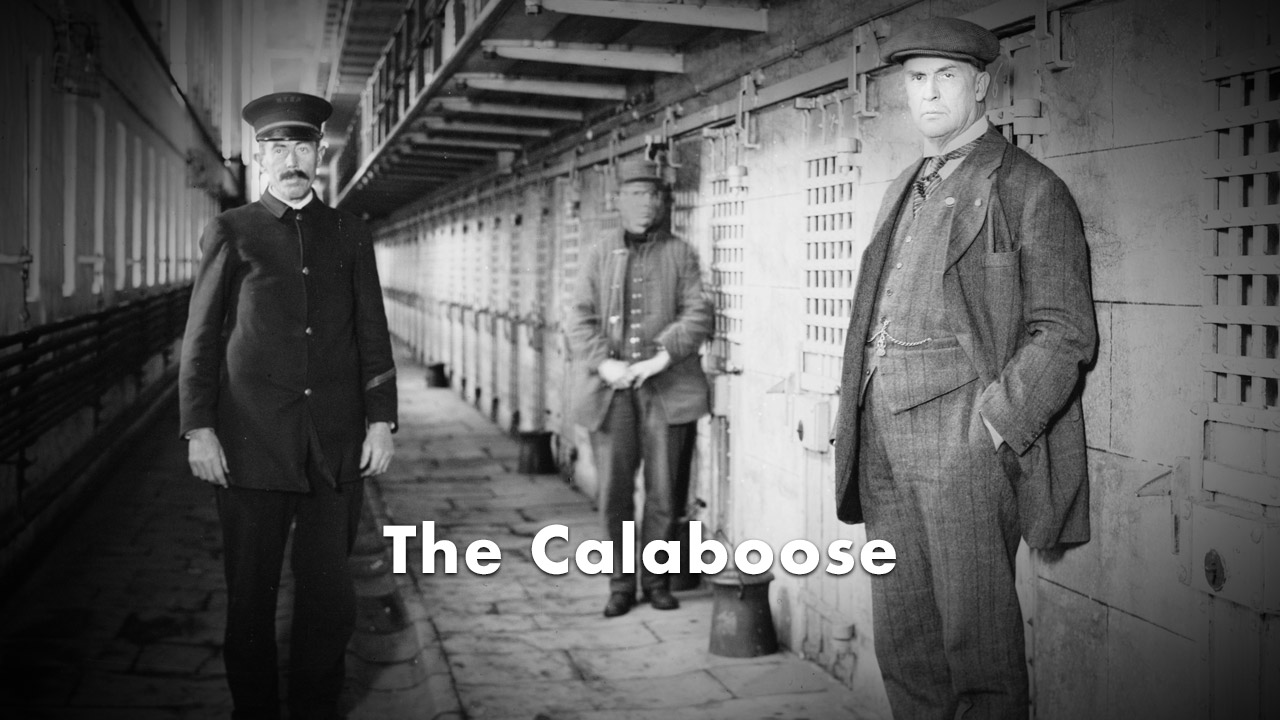 Historically, the jail house has been among the first of the public buildings constructed in most new communities. It is interesting to note that, initially, jails were intended to be little more than holding cells…places to keep criminals until they could be tried. And that is exactly the purpose that led to the construction of Atlanta’s first jail.

Because the county jail in DeKalb was 6-miles away and not often a convenient trip, the City of Atlanta in the mid 1840s felt the need for a facility to detain captured, run-away slaves. That led to the construction of the city ‘s first jail in 1848 on the southwest corner of Pryor and Alabama streets. The jail was a 12-foot square, windowless building made of rough-hewn logs and it had one doorway which was secured from the outside by a brass lock and key.

Though the lock was very professional and the building itself was soundly constructed, it soon became obvious that the city’s new jail would prove unsatisfactory, as we see in this week’s Stories of Atlanta.