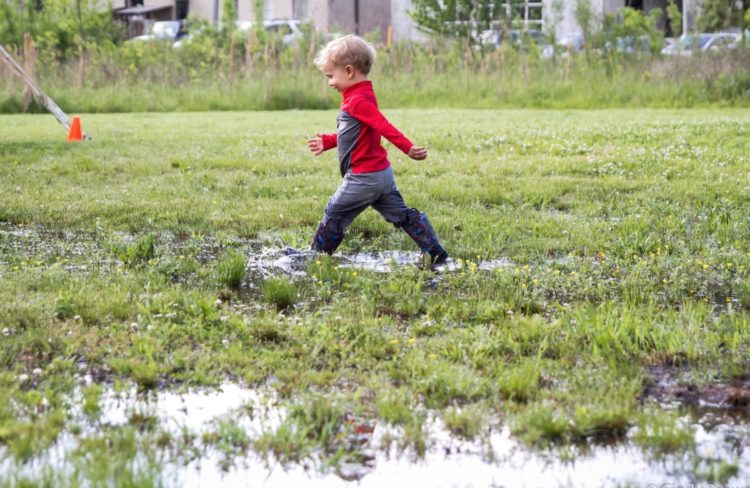 An area that once was a brownfield is now safe for children to play at Zonolite Park, following conservation efforts led by the South Fork Conservancy. Credit: Cindy Brown

The South Fork Conservancy has entered its second decade of protecting the natural environment along the South Fork of Peachtree Creek with plans for a new pedestrian bridge over the creek – and money in the bank to pay for building the bridge and other projects. 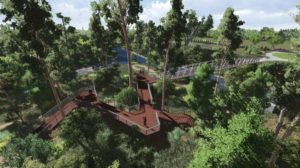 The concept design for the planned Confluence Bridge shows a bridge covered by planks, with a safety rail to protect visitors. The bridge is to span the place where the North and South Forks of Peachtree Creek come together.

The project is another major step for a grassroots organization that was started in 2008, during the depth of the Great Recession. The SFC’s efforts represent a textbook example of taking many right steps to achieve an objective, despite an uncertain economy and the challenges it presents to non-profit organizations.

The National Fish and Wildlife Foundation contributed funds to aid in the removal of invasive species and restore 3 acres of land bordering the headwaters of Peachtree Creek, according to the SFC’s trail overview.

Ryan Gravel is also an outspoken advocate. The SFC engaged Perkins+Will when Gravel worked there. Gravel – who wrote a master’s thesis on the concept now called the Atlanta BeltLine – led the planning effort that resulted in seven possible trail segments. 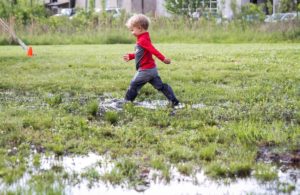 An area that once was a brownfield is now safe for children to play at Zonolite Park, following conservation efforts led by the South Fork Conservancy. Credit: Cindy Brown

“This topography and this terrain and this kind of watershed is all over Atlanta, but ‘all over Atlanta’ isn’t doing this,” Gravel said in 2016. “I think that the South Fork vision here is a real model for the rest of the region in terms of connectivity, stream restoration, nature, biodiversity and all the other kinds of elements that are part of this plan.”

More than 200 folks attended the Creek Rising event and contributed a total of $74,000 to support the SFC’s reclamation efforts. The event was held at Zonolite Park, a spot in DeKalb County the group has reclaimed from a brownfield and turned into a greenspace. 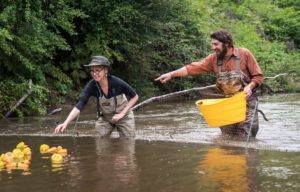 “Creek Rising set the stage for another decade of successful creekbank conservation,” Kimberly Estep, executive director of the SFC, said in a statement. “We shared our concept designs for the Confluence Bridge and highlighted improvements for the Three Creeks Trail at Mason Mill Park and Zonolite Park, and the designs of the brand-new Armand Park.”

The money to build the bridge was secured through the SFC’s capital campaign, Revealing the Creek. The organization raised more than its $2 million goal within 14 months of launching the campaign, SFC announced in October 2017.

Major donors include the Kendeda Fund, which provided $500,000, and Park Pride, which provided $250,000. The media of donations was $36,400, according to the statement. At least two local businesses contributed gifts in the five figures – Catalyst Development Partners and NewFields

During the past decade, SFC staff and volunteers have restored over 38 acres of land through the efforts of more than 4,000 volunteer hours, according to a statement. The land is open to the public and spans 5 miles of trails established adjacent to the creek. The trail stretches form Zonolite Park toward the confluence of the two creeks at a site near Cheshire Bridge.

“I’m so proud of our organization, and I can’t think of a better way to mark our first decade than a party at Zonolite with everyone who helped make it happen,” Sally Sears, a founding board member of SFC, said in a statement. “I’m already looking forward to our 20th anniversary.”